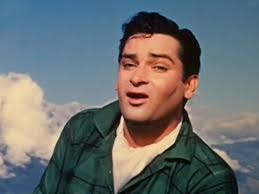 SHAMSHER RAJ KAPOOR was the real name of Shammi Kapoor,born on 21st Oct.1931 in Bombay.Shammi Kapoor was not launched as a star kid by his superstar father Prithviraj Kapoor. He struggled for years to carve his niche in Bollywood. He began his career working for his father’s Prithvi Theatre as a junior artiste at a monthly salary of Rs 50.  He made his debut in Hindi Films in the year 1953, when the film Jeevan Jyoti was released. It was directed by Mahesh Kaul and Chand Usmani was Kapoor’s first heroine. 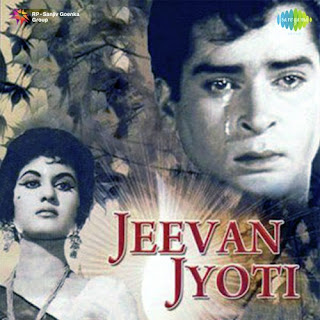 His first big success came with Tumsa Nahin Dekha which was released in 1957. Between 1957 and 1959 he acted in Dil Deke Dekho, Mujrim, Ujala, Singapore, College Girl, Boy Friend, Basant, Preet Na Jane Reet. He became a Star with the release of Junglee in 1961. 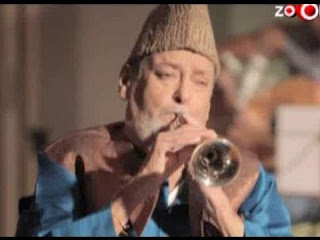 The super-energetic dancer who taught Indians how to groove, will always be remembered for his lively screen-presence. A romantic hero who was proverbially born with his dancing shoes on, was also a tech-geek and was way ahead of his contemporaries in visualising trends.