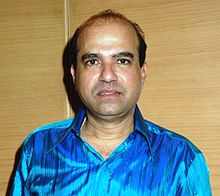 Suresh Ishwar Wadkar BORN 0N 7th AUG 1955 at Kolhapur Maharashtra.A trained Indian classical singer Suresh Wadkar at the age of 14 was chosen by a music teacher called Acharya Jialal Vasant took him as his disciple and helped in prepare for music degree called Prabhakar (a degree equivalent to B.ed a course makes you eligible to reach in Music schools) from the famous institute Prayag Sangit Samiti. Once completing his music degree Wadkar joined Arya Vidya Mandir in Bombay as Music Teacher. This is the place, which has given some of the best singers to Bollywood, which helped him find the opportunity to learn and grow a lot in music.
His teacher called him in public as one of his torchbearer who will keep the light of music alive and expand to get the highest degree in singing and music. Suresh Wadkar made this as his mission and thus opened up his music school in Mumbai, which has one chapter in New York in USA as well wherein methodical training is catered to the students. 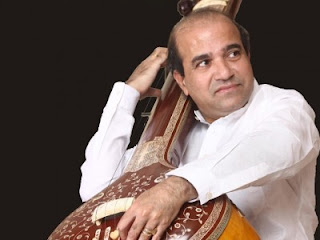 A the age of 21 he participated in a music competition called Sur Singar in 1976 wherein he won the title. The Judge of this program was Jaidev the famous music director who assigned a song called "Seene Mein Jalan" from his movie called Gaman (1978).

He was later on introduced to Laxmikant Payarelal and Kalyanji Anandji by his admirer Lata Mangeshkar who later on gave him chance in their films .Laxmikant-Pyarelal, impressed with his voice, soon recorded a duet with Lata "Chal Chameli Bagh Mein" for Krodhi (1981).This song became instant hit.Now there was no looking back for him.

He was also given songs in R K Films PREM ROG(1982) All the song of that film were hit .After that Wadkar sang many songs under the R.K. Banner and he often gave his voice for Rishi Kapoor for Heena, Prem granth, and Rajeev Kapoor for Ram Teri Ganga Maili he used to sing specially for Rishi Kapoor in numerous films: Bol Radha Bol, Vijay and others.


His turning point in films was from the song "Megha Re Megha Re"from Pyasa Sawan (1981) after that he was offered many songs in Hindi Films. He is very selective in singing film songs.He still sings for hindi films The last movie in which he sang was Haider (2014)

He was a judge on the Indian TV singing show Sa Re Ga Ma Pa Little Champs International and at the 2005 Sangeet Awards. 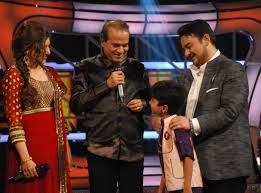 In 1976, Wadkar won the Madan Mohan Best Male Singer Award at the Sur-Singar competition.He is also a recipient of the 2004 Lata Mangeshkar Puraskar instituted byMadhya Pradesh government. He also won the 2007 Maharashtra Pride Award which is given by the government of Maharashtra to citizens of note. In 2011, he won theNational Film Award for Best Male Playback Singer for the song "Hey Bhaskara Kshitijavari Ya" from the Marathi film Mee Sindhutai Sapkal
Wadkar is married to classical singer Padma. He has two daughters, Ananya and Jia.
He has sung numerous devotional songs in various Indian languages

Posted by /bolywoodfiles.blogspot.com at 12:59:00 No comments: Links to this post