Jagdeep- An actor who gave us memorable songs 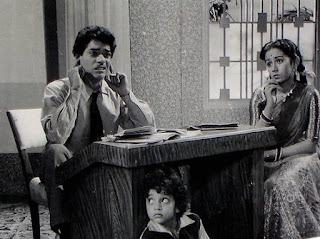 Jagdeep(born 29 March 1939), the comedian of Golden Era started his film career as a child artist extra in B. R. Chopra's Afsana, then went on to do films as a child artist in films like Ab Dilli Door Nahin, K. A. Abbas's Munna, Guru Dutt's Aar Paar, Bimal Roy's Do Bigha Zamin and AVM's Hum Panchi Ek Dal Ke.
He was launched as a leading man by AVM in the films Bhabhi, Barkha and Bindaya, and went on to do a few more films as a leading man. We remember him today for some of the hit songs picturized on him like "Paas Baitho Tabiyat Bahal Jayegi" from Punarmilan, "In Pyar ki Rahon Mein" from the same film, "Chal Ud Ja Re Panchhi" and "Chali Chali Re Patang", from the superhit movie Bhabhi, where he is paired opposite Nanda, and "Aa Gaye Yaaro Jeene Ke Din" from Phir Wohi Raat.
He was a hero of 5 films starring opposite Nanda, Azra, and Amita. He got success only as a comedian. He acted in more than 400 films. He is also known for his appearances in many horror movies, especially in projects of the Ramsay Brothers. He appeared in famous hits like Purana Mandir and 3D Saamri.
He was a natural actor, believed in original acting by bringing out his own style. When people make his signature sound from his character Soorma Bhopali in Sholay, everybody knows it is Jagdeep’s style. In this blog, I am posting some of the memorable songs picturized on him.

Posted by /bolywoodfiles.blogspot.com at 14:24:00 No comments: