The Magic of AWARA HOON and Raj Kapoor 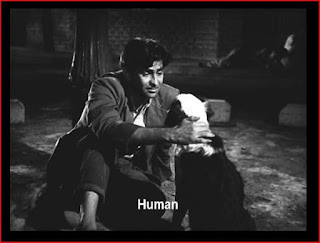 There is a saying that Music has no Language and no Boundaries.This classic song from Awara has proven it.This was the song that mesmerized Russian decades ago.Later it went popular in Turkey now in China.This generation of youth may have not heard this song or liking for old songs but `Awaara Hoon` ring tone is very popular among today`s Russian youth.This  Bollywood song is so loved internationally that it has a localised version in Greece, Turkey, Middle East, Russia and China. The song is so popular that people abroad sing the original version as well. Don’t believe me? See for yourself.
One of the reasons for the popularity of the song, and Indian films in general, is the quality of the literature present in them. Take 'Awara hoon' for instance. The song was written by Shailendra(coincidentally called 'Pushkin', after the revolutionary Russian poet, for his socialist leanings) was filled with a melancholy that is simultaneously uplifting. The story goes that on hearing the passionate, and dark, narration of the story by KA Abbas, Shailendra explained his understanding of the story in his simple lines.
Recently Prime Minister visited China,on his arrival the tune of a bollywood song was played.Indian films have become very popular in China.Aamir Khan is now the most popular Indian actor in China.
Here are some versions of Awara Hoon
Watch This Turkish Song from which Awara Hoon was inspired.This film was released in 1946 five years before Awara (1951)

Song from Turkish Film released in 1946

Dancing on the song in Los Angelis

Posted by /bolywoodfiles.blogspot.com at 11:03:00 No comments: