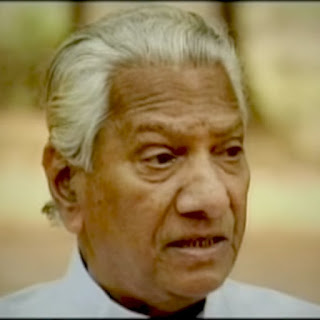 Many of you may not have heard of Dattaram  (his death anniversary is on June 8) but you would surely have heard songs he either composed, arranged or played the dholak, tabla or dafli.He managed  Shankar – Jaikishan’s rhythm section.Dattaram is credited with hit Bollywood film songs like "Aansoo bhari hain yeh jeevan ki raahein" (from the film "Parvarish"), "Chun chun karti aayee chidiya" (from "Ab Dilli Door Nahi") or "Masti bhara hai sama" (also from "Parvarish"). His friendship with Shankar – Jaikishan led to opportunities to compose music for films independently. He was one of the few composers who made a successful move from being an assistant to a full-fledged music director. Despite initial successes as a music director, he continued assisting Shankar – Jaikishan, and never really broke out on his own.
Somewhere in the early 1940s, young Dattaram made his way to Mumbai and was working in the docks as a labourer. Obviously, he was poor and not exactly educated. He had learned the tabla for a few years mainly encouraged by his mother who was a local singer
Dattaram became an important member of the RK Group and worked closely with the likes of Raj Kapoor, Shankara-Jaikishan, Shailendra and Hasrat Jaipuri.
He was assistant music director to Shankar Jaikishen from 1948 to 1974.This was the time when SJ were in their Peak , gave us Hit and Immortal songs.
He was the person who invented a unique Theka,Ask a pro from the Hindi film music fraternity in Mumbai and anyone will tell you about 'Dattu Ka Theka' (Dattu's beat),He worked on many films as a 'theka' player for rehearsals and finally did his first recording for the film "Nagina".
Raj Kapoor gave him the chance as an independent Music Director in his film Ab Dilli Door Nahi which he produced.Later on He recommended him for Parvarish.He did about 19 films as independent music director.
He did work with other music directors like Laxmikant-Pyarelal and was Raj Kapoor's trusted man when he worked on the music for "Bobby" with the duo. Later, he chose to retire and return to Goa.Towards his end, he underwent two massive heart attacks.He died on 8th June 2007.