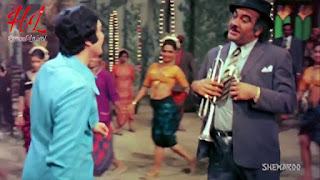 It is said that Goa is a Darling of Bollywood.The magic that Goa has and Bollywood's Love for it has given us many memorable films and artists.Its sea.its sand,its people and its culture always fascinated Bollywood.  It won’t be too much to say that every director won’t mind or hesitate to capture some parts of Goa in their movie to enhance their films.Many films were made with Goa in its story.
Goans played a major role in Bollywood music until the 1980s,Initially only Goans, having trained in Western music, knew how to compose music for orchestras, with a multitude of instruments playing in harmony.The biggest connection with Goa is Lata Mangeshkar and Asha Bhosle who are from Goa.
Farar 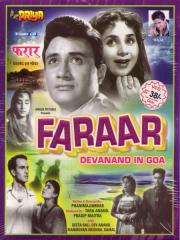 In 1955 a film Faraar starring Dev Anand and Geeta Bali has Goa Connection.The film is about revolutionaries fighting against British Rulers.
Johar Mehmood in Goa 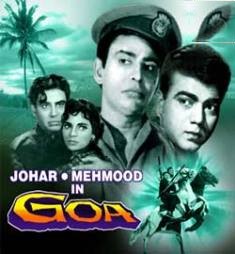 It is a 1965 Bollywood comedy film directed by I. S. Johar with he himself, along with Mehmood and Simi Garewal playing the lead roles.The film is about a lady  Mary who gives birth to twins but leaves them on the doorsteps of two Goan households, one Muslim and another Hindu. Twenty four years later, India is a free country, while Goa is under the rule of the Portuguese. Ram and Rahim grow up to be members of underground resistance movement. Mary is the Mother Superior and Peter, who is still alive, is the Deputy Superintendent of Police in Goa, who is entrusted the task of catching Ram and Rahim who plan and execute series of anti-state activities
Saat Hindustani 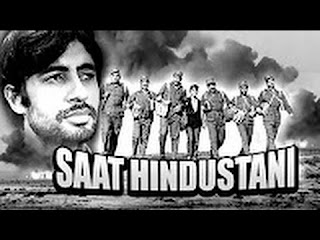 Another movie for Goa Liberation from Portugal Govt was made in 1967 K A Abbas's Saat Hindustani.The first movie of Amitabh Bachchan.The story revolves arround seven people from different part of the country coming together to fight for liberation of Goa from the Portuguese.
Bombay To Goa 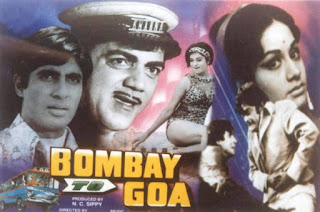 A 1972  adventure-comedy film directed by S. Ramanathan, starring Amitabh Bachchan and Aruna Irani in lead roles, Shatrughan Sinha as the main antagonist and Mehmood. The film is on a bus journey,adventurous with the passengers, a totally mixed bunch, from all over India, different religions, cultures, and faiths, all thrown together for this journey. The bus is in the "control" of driver Rajesh (Anwar Ali), and conductor, Khanna (Mehmood).
Bobby 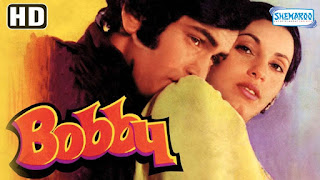 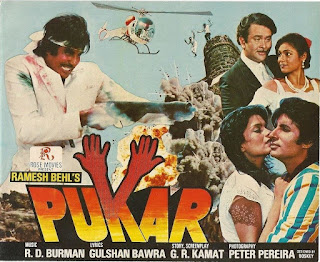 a 1983 Bollywood film, directed by Ramesh Behl, starring Amitabh Bachchan, Randhir Kapoor, Zeenat Aman and Tina Munim. It is a movie about freedom fighters trying to liberate Goa from the Portuguese.
Trikal 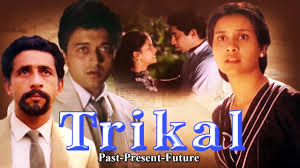 A 1985 film written and directed by Shyam Benegal, set in Goa during the early 1960s (pre liberation) Period.The movie revolves around the life and tribulations of a fictional Goan Christian family called "Souza Soares".
Sagar 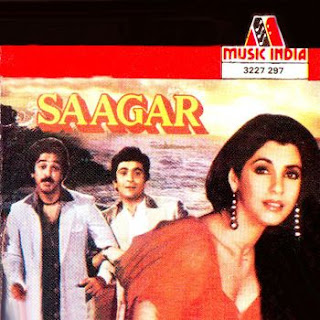 A 1985 film with a story of Mona (Dimple Kapadia) runs a small restaurant in Goa. Raja (Kamal Hassan), who lives close by, is a good friend. He is in love with her but is unable to profess his feelings. Ravi (Rishi Kapoor) is from a rich industrialist family who moves to Goa from the US. Mona and Ravi fall in love of which Raja knows nothing. Ravi's grandmother is opposed to their love because of class differences.
Kabhi Haan Kabhi Naa 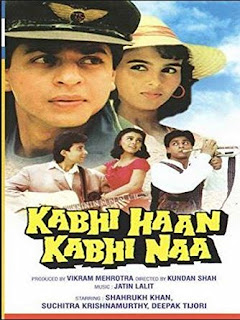 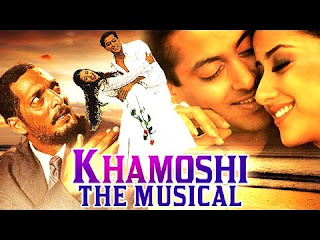 A 1996 film,The story is about Joseph (Nana Patekar) and Flavy Braganza (Seema Biswas), a deaf and mute couple in Goa.They have a baby girl, Annie and a boy named Sam, A few years later, after the tragic death of Sam, Annie's (Manisha Koirala) life is shattered and music and singing fades away. When Annie grows up she gets in touch with music once again — with Raj (Salman Khan) whom she falls in love with.
Honeymoon Travels Pvt Ltd 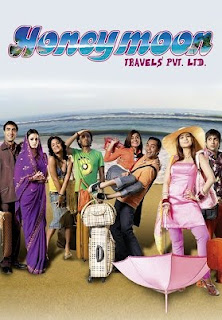 A 2007 film, plot revolves around six newly wed couples of different age groups who are celebrating their honeymoon in Goa. Directed by Reema Kagti, the film explores  themes such as homosexuality and superheroes. Majority of the film is set in Goa and includes famous location such as the Fort Aguada, Dona Paula, Our Lady of Mount Chapel and the Corjuem Fort.
Dum Maaro Dum 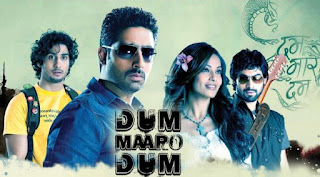 A 2011 film which is a crime film set in Goa and is directed by Rohan Sippy. It follows the story of a corrupt police officer who is entrusted with the duty of busting drug rackets. With an effort to keep the film as real as possible, Rohan Sippy shot a sequence at the Arpora market with an actual crowd of around 20 to 30 thousand people.
Go Goa Gone 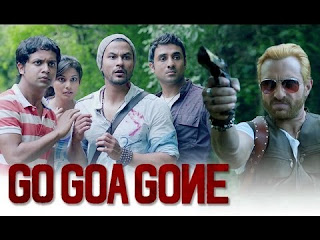 It is a 2013 Indian zombie comedy film directed by Raj and D.K.. The film features Saif Ali Khan, Kunal Khemu, Vir Das, Puja Gupta and Anand Tiwari.Hardik (Kunal Khemu) and Luv (Vir Das) are two dope-heads, living with their roommate/friend Bunny (Anand Tiwari). After Hardik loses his job and Luv gets dumped by his girlfriend, both decide to tag along with Bunny to Goa to relax. In Goa, Luv falls for Luna (Puja Gupta), and she invites the guys to a rave party, organised by the Russian mafia, which is being held on a secluded island
Finding Fanny 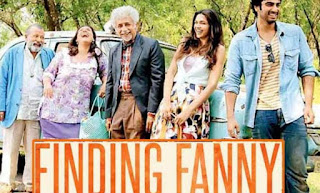 It is one of the few recent films(2014) that managed to portray the true essence of Goa. Directed by Homi Adjania, the film portrays Goan characters settled in a fictional village in Goa. Adjania diverted from the cliche locations in Goa and instead opted for the lesser known side of Goa. The film is shot across Parra, Cortalim, Aldona, Assagao, Saligao and Socorro. 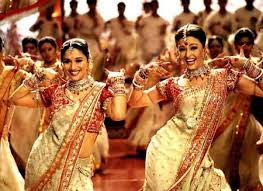 We are seeing a controversy in the latest film PADMAVATI,another controversy has emerged about the Ghoomar Dance by Deepika Padukone.In this context I think that Films are more of imagination than the reality,we should see films in that manner and appreciate its creativity.
Bollywood dance is a difficult topic to discuss.It is a mixture of numerous styles.No folk dance shown in films is exactly the same but it has many steps from other folks also.Films before 1960 tended to draw heavily on classical and folk dance.  Since neither "classical dance" nor "folk dance" are homogenous entities.In this blog I have selected some popular folk dances of Bollywood.
The common  folk dances are Bhangra, Rajasthani Folk, Garba, Dandiya, Bihu Lavani etc shown in our films.There are many hit songs and dances in bollywood are worth mentioning.

Posted by /bolywoodfiles.blogspot.com at 12:57:00 No comments: