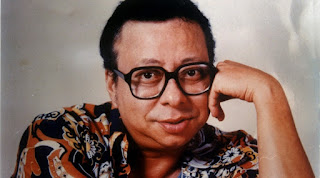 Although Pancham is noted for introducing Western and retro beats into his music but he will also be remembered for some of the great Songs in Indian Classical Music.Inspired by the raga Yaman, "Beeti Na Bitai Raina" is a testament to Burman’s mastery over the Hindustani classic music.In fact in his first film Chhote Nawab 1961 he gave us a beautiful classical song in Raga Malgunji sung by Lata Mangeshkar. In this Blog I have taken few of his great Songs based on various Raga.This is a fitting tribute to the genius that Pancham truly was:
Ghar Aaja Ghir Aayi Badra
This is from RD Burman’s first movie as a music director – Chhote Nawab (1961).

Chhote Nawab (1961).
O Ganga Maiyya  - a composition based on the morning raga Jogiya for Lata and filmed on Meena Kumari in Chandan Ka Palna (1967). The song was a nominee for best classical composition of that year in the prestigious Sur Singar Samsad award!

Beeti Na Bitayee Raina -this beautiful song from Parichay (1973) is one of my favorite songs of RD Burman.Set to the notes of evening raga Yaman Kalyan, the Lata-Bhupinder duet fetched them both a national award for best playback singer that year

Mere Naina Sawan Bhadon-RD used this song twice in Mehbooba (1976). Kishore Kumar and Lata have both sung this RD Composition.After listening to Kishore version no one can believe that kishore had no training in Classical music

Song from Mehbooba (1976)
Naam Gum Jaayega -this song is from the movie Kinara released in 1977,a masterpiece of R D Burman,aduet by Lata and Bhuprndra

Song from Jurmana 1979
Piya Baawri - a beautiful song from 1980 Khubsoorat sung by Asha Bhonsle and  the tabla ‘bols’ by Ashok Kumar by .Rekha acted in this song

Kyon Naye Lag Rahe Hain -This song is a fitting tribute to the genius that Pancham truly was, This song in 1942 A Love Story set to Raga Khamaj very beautifully sung by  Kavita Krishnamurthy

Posted by /bolywoodfiles.blogspot.com at 11:54:00 No comments: 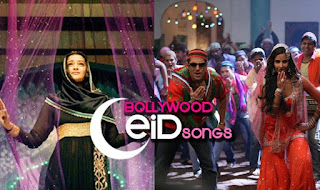 EId Mubaarak, to all dear friends and visitors of my Popular Blog".bolywoodfiles.blogspot.com"Ramzan come to an end and it is the day to celebrate with happiness. A day of joy, to celebrate with family, and friends.  On this occasion, I am presenting couple of Eid songs from Hindi movies.
I start with a rare song about Eid from the film  “Rashida Dulhan” which was made sometime in late 1940s or early 1950s I guess but was never released. This song recorded in 1948 ,sung by Shamshad Beghum managed to survive though.Umar Ansari was the lyricist. Music was composed by Ghulam Mohammad.

Here is a wonderful and simple song of Id celebrations from the film ‘Rehnumaa’ from 1948. The music is composed by Dhoomi Khan. The lyrics for the 11 songs of this film are penned by Habib Sarhadi and Dhoomi Khan. However, the specifics of which song by which poet are not known,it is a chorus song,the name of the main singer is also not known,however Listen and be blessed, with the spirit of celebration. Id Mubaarak.

The next song in my list is one of my favorite song  a  slow and melodious song from ‘Saawariya’,

This is a Rafi – Lata duet  from the movie Sohni Mahiwal (1958), starring Bharat Bhooshan and Nimmi in the title roles. The music is by Naushad and lyricist is Shakeel Badayuni. This is a sad song,

Another famous Eid song for the present genaration is From the movie ‘Tees Maar Khan’, Wallah Re Wallah (composed by Vishal Shekhar) Salman Khan did a special appearance for this song in this with Akshay Kumar

This song is a Qawwali sung by Rafi, Asha Bhonsle and chorus. The song is picturised on Rishi Kapoor, Reena Roy from the film “Deedaar e Yaar” (1982).Sahir Ludhianvi is the lyricist. Music is composed by Laxmikant Pyarelal.

Chaand Nazar Aa Gaya from Hero Hindustani is a wonderful Eid Song,Arshad Warsi & Namrata acted in this song while Iqbal,Sonu Nigam and Alka Yagnik are singing under the Music Direction of Anu Malik.

Song from Hero Hindustani 1998
This is a song from film ” Teesri Aankh “-1982, Laxmikant-Pyarelal were the music directors who were experts in churning out songs for any occasion.  Dharmendra and Shatrughna Sinha acted in this song. 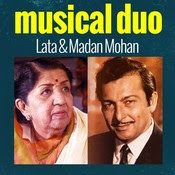 The man, who was acknowledged as a genius by people who understood and appreciated music, was never at the top rung in the hit parades or with the big banners or the big stars.He had very few Hit Films but His Music was always Hit. His first silver jubilee hit came 8 years later with "Woh Kaun Thi" in 1964.
Many tunes composed by him remained unused... many songs remained unreleased... some recorded but unreleased songs have now been released on the album TERE BAGAIR... while others have just been lost! Some unused tunes were used in Veer-Zaara, while various others remain well preserved with his family.
Madan Mohan composed music for 95 released Hindi films and 12 shelved films. These 100 plus films featured almost 700 songs, many of which are remembered to this day while some have been lost over the years. He was extremely versatile, but he is best remembered for his ghazals, pathos-laden songs and classical based songs
Madan Mohan was born on 25th June 1924.He spent the early years of his life in the Middle East. After 1932, his family returned to their home town of Chakwal, then in Jhelum district of Punjab, British India. In 1946, he joined the All India Radio, Lucknow as Programme Assistant, where he came in contact with various artists such as Ustad Faiyaz Khan, Ustad Ali Akbar Khan, Begum Akhtar, and Talat Mahmood. During these days he would also compose music for programmes to be broadcast on All India Radio. In 1947, he was transferred to All India Radio, Delhi where he worked for a short period.
He started his film career as a singer, In 1948, he got his first opportunity to sing a film duet Pinjare Mein Bulbul Bole and Mera Chhotasa Dil Dole with Lata Mangeshkar under composer Ghulam Haider (composer) for the film Shaheed (1948 film), though these songs were never released or used in the film. Between 1948 and 1949, he assisted music composers S.D. Burman for Do Bhai, and Shyam Sundar in Actress and Nirdosh.
He got  his first big break as composer with the film Aankhen  in 1950.His association with Lata ji though started as a singer before he became composer but the  long lasting collaboration with Lata Mangeshkar started with his 2nd film Adaa in 1951.Lata ji gave some of her best solo songs under his direction.In this Blog I have selected some the great songs of this duo.

Posted by /bolywoodfiles.blogspot.com at 12:52:00 No comments: 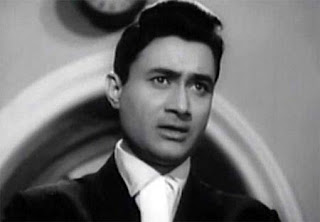 Dev Anand represents a particular era of history of Hindi cinema of which he was an integral part for almost 65 years. He had a huge influence on Hindi cinema and beyond it.He hypnotised generations of audience.Music in his films laid a benchmark for the other Hindi films. His association with playback singers like Rafi and Kishore Kumar is well known. These 2 singers gave Dev Anand maximum playback, followed by Hemant Kumar.In this Blog I am posting few such songs which were sung by other playback singers,these songs may be surprise for many Dev Anand's fans.
The first song on my list is the song from the film Jeet (1949)
Chahe kitni kathin dagar ho  Picturised on Suraiya and Dev Anand, music by pitamah of Hindi film music Anil Biswas, lyrics by Prem Dhawan and sung by Shankar Das Gupta for Dev Anand, Suraiya for herself

Bahe Na Kabhi Nain Se Neer-this song is from the film Vidya (1948) ,it is the first time Mukesh gave playback to Dev Anand

Humne Khayi Hai Mohabbat  this song is from the film Dilruba (1950),For this duet Dev Anand has been given playback by none other than G.M.Durrani, which is very unusual.

Dekho Mane Nahi Ruthi Hasina-This song is from Taxi Driver 1954,this ia a duet by Asha Bhosle and Jagmohan Bakshi, this Jagmohan Bakshi is the same Jagmohan of Music director Sapan Jagmohan.

Phir Wohi Chand-this song is from Baarish (1957),Sharing a delightful chemistry on screen, Dev Anand and Nutan sing to the tunes of C. Ramchandra where the MD himself gives playback for the evergreen star.

O Kahan Jaate Hain Woh-this song is from the film Roop Ki Rani Choron Ka Raja (1961),I think this is the only film where Mahendra Kapoor sang for Dev Anand

Aye Dil Kaha Teri Manzil This song also happens to be one the best of Dwijen Mukherjee in Hindi cinema. Under the music direction of Salil Chowdhury,from the film Maya 1961

Posted by /bolywoodfiles.blogspot.com at 09:16:00 No comments: 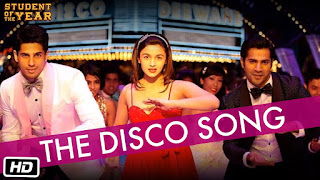 Bollywood music is ever-evolving and cannot be restricted to one or two genres.
Directors are constantly experimenting in incorporating popular genres in their films, as songs are perhaps the most important selling point of Bollywood movies.
Disco’s prominence in the 1970s in west started gaining ground in Bollywood in 80s.It was Indian music director Biddu Appaiah, known mononymously as Biddu, saw success in the West composing and producing Carl Douglas’ mega hit "Kung Fu Fighting".Biddu found a muse in Pakistani songstress Nazia Hassan, for whom he wrote and produced. Perhaps their most standout hit was the rather light and bouncy "Disco Deewane".Actor,Director Feroz Khan was so impressed with Biddu and asked him one song for his forthcoming film Qurbani ,the song was  "Aap Jaisa Koi"picturised on Zeenat Aman opened the way for Desi Disco.
With trend changing from Melody to Beats emerged Bhappi Lahri who became Desi Disco King who remained on Top for 3-4 years giving Hit after hit disco songs.As Lahiri’s reign of the disco period crept in, we saw Burmans and Laxmikant Pyarelal  acclimatize to this phenomenon. Burman tried to find a middle ground between Indianized psychedelia and disco, Laxmikant Pyarelal  played with traditional Hindu and Sufi religious motifs for the film Karz and infused them with disco in an effort to keep up.
This period of Bollywood music saw an interesting variation in styles as many music directors tried to process and incorporate disco without losing what made them famous in the first place. Disco became important genre for contemporary, current and future Bollywood. Being a hardcore Bollywood movies and music fan. I take this rare opportunity to list down the Top 20 Bollywood Songs of the 80s and 90s

Posted by /bolywoodfiles.blogspot.com at 15:10:00 No comments: 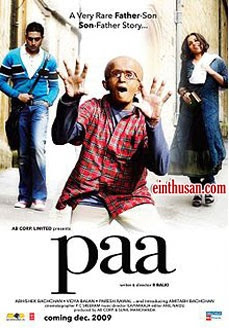 Fathers are our first superheroes, our biggest motivator without whose guidance there would be no meaning to life.Bollywood which draws inspiration from real life emotions have given us songs that emote the unsaid feelings seamlessly. Let us Celebrate this day with these songs.
Babul Mora Naihar Chhuto Hi Jaye

I Love You Daddy

Posted by /bolywoodfiles.blogspot.com at 11:41:00 No comments: