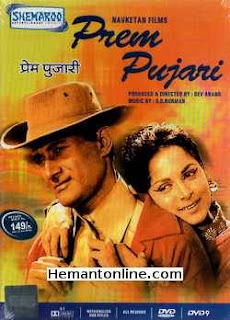 50 Years ago Dev Anand’s directorial debut was the most awaited film of the 1970.
The music of the film was the highlight of the film . Composed by S.D. Burman and written by Gopaldas Neeraj, the songs were (and still are) a bigger hit than the film, which actually flopped at the box office.
This film cleverly talks about patriotism and the Army — two of today's favorite subjects.
The film progressively takes you from being anti-war to pro-war by not only making you sympathize with the protagonist, but also villainising the other side.
Songs like Shokhiyon Mein Ghola Jaye, Rangeela Re Tere Rang Mein and Phoolon Ke Rang Se, sung by Kishore Kumar and Lata Mangeshkar are Immortal. 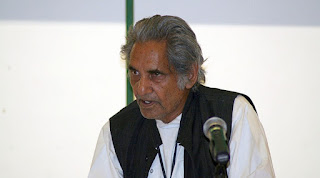 Gopal Das Saxena"Neeraj "(4 January 1925 – 19 July 2018 )was introduced to the film industry by producer R. Chandra when he turned director with “Nayi Umar Ki Nayi Fasal”. The film was inspired by Neeraj’s poem “Karwaan Guzar Gaya Ghubar Dekhte Rahe”. After that he wrote songs for Cha Cha Cha which released earlier in 1964 with the songs Ek Chameli Ke Mandve Tale and Wo hum Na The Wo Tum Na
It was Dev Anand  who introduced him to S.D. Burman for “Prem Pujari”. Neeraj took a leave of six days from Dharam Samaj College in Aligarh where he was teaching Hindi and reached Bombay at the invitation of Anand. In an interview he said “He put me in luxurious hotel in Santa Cruz and paid me Rs.1000 even before signing me. Next day he took me to S.D. Burman, who showed apprehensions about a poet’s ability to write to tunes and a given situation. Dev Anand said that he should not worry. He should give the tune and if Neeraj failed he would remain his guest for six days and enjoy Bombay. Burman da gave me a tune and said the song should start with ‘Rangeela Re’ and it is about a girl who sees her beloved coming to a party with another girl. It should have elements of frustration in love, jealousy and satire. I worked the whole night and came up with “Rangeela Re Tere Rang Main Yun Ranga Hai Mera Mann, Chhaliya Re…” Next day he went to Dev Anand’s office and showed what he had written. After reading it, he embraced Neeraj and exclaimed how he could do it in one night. “He immediately took me to Burman da’s home and proudly presented me to him and said: See, I told you, Neeraj has done it. When Burman da listened to it he said ‘Dev you go, now we will sit together.’ After he left, Burman da admitted that he gave me this complex situation to make me give up.
After that S D Burman recommended him to Sharmeeli producer to sign him the lyricist for the film.When he was writing for Prem Pujari he was contacted by Raj kapoor to write a song for Mera Naam Joker.Neeraj wrote A e Bhai Zara Dekh Ke Chalo and even set it to a wonderful tune. "The song is a philosophy of life, which is a circus and we are all jokers,''
Neeraj worked with S D Burman in many films like Tere Mere Sapne and Gambler.
Gopaldas Neeraj called himself an unfortunate poet which led to his stopping himself from writing film songs and restricting himself to just writing and getting his poems published. The reason that he gave for this was that at least two or three prominent music directors of the Hindi Film Industry for whom he wrote very successful and popular songs, had expired. He mentioned the death of Jaikishan of the Music Duo Shankar-Jaikishan as well as of Sachin Dev Burman, for both of whom he had penned highly popular film songs. The deaths of these Music Directors when they, along with Gopaldas Neeraj were at the peak of their fame left him very dejected and he made a decision to quit the film industry.
His friendship with Dev Anand continued he wrote songs for the last film of Dev Anand "Charge sheet"
Gopal Das Neeraj passed away on Thursday 19 th July 2018 evening at the AIIMS trauma centre, his family said. He was 93.
Neeraj used to say" People talk of my five years in film industry. They tend to forget my 65 years of contribution to literature".

Posted by /bolywoodfiles.blogspot.com at 11:50:00 No comments: