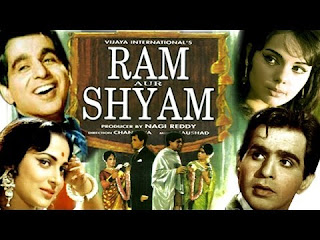 Exactly today Ram Aur Shyam turns 50.the film was released on 15th Dec 1967.Ram Aur Shyam was the remake of the popular Telugu film Ramudu Bheemudu, which in turn was loosely based on Alexander Dumas’s The Corsican Brothers. The film was a super hit.
The success of Ram aur Shyam, directed by Tapi Chanakya, must be credited to two great actors – Dilip Kumar and Pran. The music by Naushad, with lyrics by Shakeel Badayuni, adds to the movie’s charm. One of the best songs is Aaj Ki Raat Mere Dil Ki Salaami Le Le, in which Shyam bids farewell to Rehman before abandoning his fake identity as Ram.
Dilip Kumar played Double Role in this film.He got Best Actor award by Filmfare for this film.
He is both Ram, the timid and seemingly mentally-retarded son of a millionaire industrialist, and Shyam, a sturdy yeoman brawler with an appetite like that of the legendary Bhima of the Mahabharata. 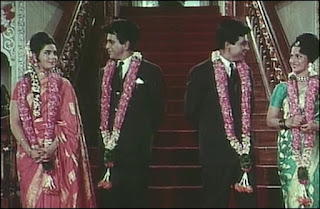 Ram isn’t really retarded, just terrorized by his sadistic, whip-wielding brother-in-law, Gajendra (Pran, of course), who, goaded by an evil mother, keeps Ram, along with his own wife and daughter, virtual prisoners in their palatial mansion.
Shyam is strong, brave and mischievous,he is  Ram's long lost twin brother Shyam (Dilip Kumar) lives in a village with his adopted mother Ganga whom he believes to be his birth mother. No one other than Ganga knows the truth about the twin brothers. He escapes to the city, after a mischievous conflict with Ganga, and meets Anjana, who is impressed by his personality. Anjana and her father confuse Shyam with Ram. Ram meets Shanta who thinks he is Shyam and takes him forcefully to his mother. Ram and Shanta develop feelings for each other. Meanwhile, Shyam decides to take the place of Ram to face Gajendra.
The scenes of Dilip Kumar as the flamboyant Shyam are in sharp contrast to those of the timid Ram, who is so terrified of Gajendra that he dare not look him in the eye. The thespian’s bonhomie with his co-stars Waheeda Rehman and Mumtaz is apparent, leading to relaxed and memorable performances from all concerned.
Only a truly fine actor like Dilip Kumar could have done pulled off the double act so convincingly, making Ram Aur Shyam a lasting treat for Hindi film buffs.

Posted by /bolywoodfiles.blogspot.com at 09:30:00 No comments: Links to this post 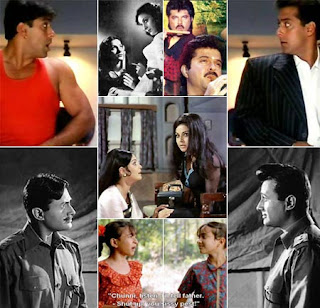 The First Double Role in Hindi Cinema was in Lanka Dahan(1917).Dadasaheb Phalke cast Anna Salunke, the actor who played Rani Taramati in Raja Harishchandra, in a double role in Lanka Dahan. Anna Salunke played both Ram and Sita in the movie. It is said that when the film was screened in Mumbai, people took their shoes off when Lord Rama's character appeared on the screen.Since then Double roles have grabed interest of Hindi Film makers

Over the past many decades, there are probably more then 3 hundreads of movies with Do ka star’dum’. The dose of dual roles seems to be working with the audience, while some do wonders at the Box office and some don’t.
Beside double roles there are many films in which the Hero or Heroines have played more than 2 roles,Amitabh Bachhan played tripple role in Mahaan,Mehmood in Hamjoli.I S Johar in Johny Mera Naam,Sanjeev Kumar played 9 roles in a film Naya Din Nayi Raat and the latest  Priyanka Chopra played the roles of 12 eligible girls in the movie "What's Your Raashee."
The first Indian talkie to have a double-role was Awara Shehzada (1933), directed by Master Vitthal, where Shahu Modak played the double-role of a prince and a pauper. 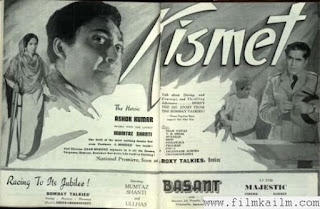 In 1943 Kismet  written and directed by Gyan Mukherjee and produced by Bombay Talkies during the second world war period was a unique in itself,The film came with some bold themes for the first time in Indian Cinema showing an anti-hero character, double role and an unmarried girl getting pregnant.Ashok Kumar played a double role as Shekher and Madan.The film went on to become a major success, at a theatre in Calcutta it ran for three years, and gave Indian cinema its first title of superstar, Ashok Kumar. According to the numbers, it has been given the status of All-Time Blockbuster.

In 1948, this dual aspect was explored by Gemini Productions’ Ranjan and Bhanumati starrer Nishaan and it was the hero Ranjan, who got to play the double-role.
In 1951, B.R. Chopra’s directorial debut Afsana had the veteran Ashok Kumar playing the role of identical twin brothers Ratan and Chaman and the success of this film gave birth to the ‘judwa bhai/behn’ (identical twins) concept in our films.

In 1952  Anhonee Directed by K A Abbas with a double role of a heroine released.The film stars Nargis in a dual role alongside Raj Kapoor in the lead supported by Achla Sachdev, Om Prakash, Agha and David Abraham in other prominent roles.Nargis was highly appreciated for enacting a dual role and her performance garnered critical acclaim.
In 1957  a film called Apraadhi Kaun came with a double role played by Gajanan Jagirdar.It was produced by Bimal Roy and directed by Asit Sen who was his assistant.The film did the average business. 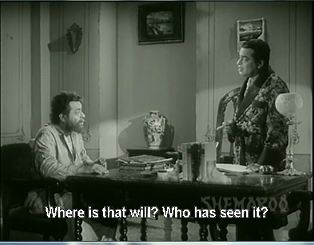 In 1958 Madhumati released in which both Dilip Kumar and Vajyantimala played 2 roles but those were incarnation roles.In the same year Phagun released  (Bharat Bhushan - Reincarnation) (Madhubala - Triple Role/Reincarnation).
In 1960 B R Chopra's Kaanoon came out with Ashok Kumar playing 2 roles but never came face to face. 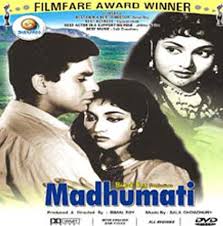 In 1961 Hum Dono was released The film stars Dev Anand in a double role, and also has Nanda and Sadhana .The film was a Super Hit and its double role was well appreciated by people. The film is also known for its music by Jaidev .For his Double role Dev Anand was nominated as best hero in Filmfare awards. 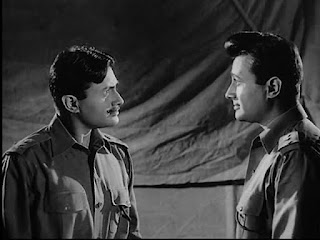 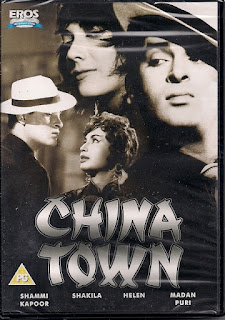 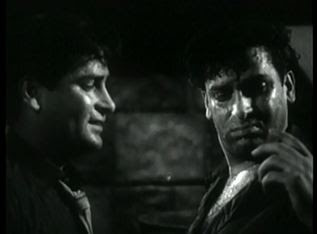 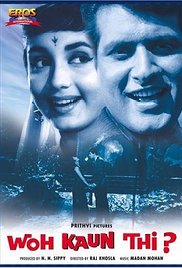 Mamta is a 1966 Hindi film, directed by Asit Sen, with music by Roshan.The movie starred Suchitra Sen, Ashok Kumar andDharmendra. The film about middle class fears and class conflict, has lead actress Suchitra Sen in a double role. The film performed "above average" at the box office.Suchitra Sen  portrays the double role both of Deviyani and Suparna. 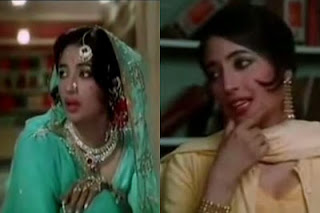 Dil Ne Phir Yaad Kiya is a 1966 Bollywood film. It stars Dharmendra, Nutan, Rehman and Jeevan. The music is by Sonik Omi.Nutan plays Aasho and shabnam.The film was not successful. 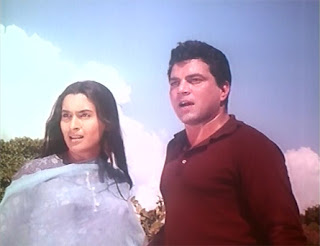 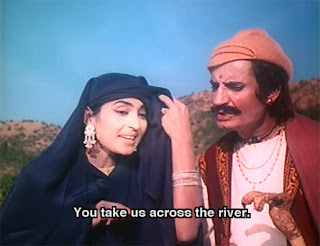 In 1967 Ram Aur Shyam  released .Dilip Kumar had a double role in this with Waheeda Rehman and Mumtaj as his heroines.Dilip Kumar who was known as tragedy king surprised the audience with his comedy act.Dilip Kumar won the Filmfare best actor award

In the same year Milan also released ,in this film both Sunil Dutt and Nutan played two roles but this is again a re incarnation movie. 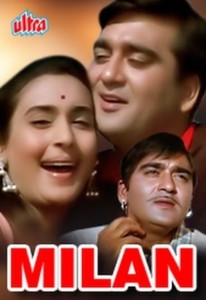 In 1968 Eleven double role movies released,Aankhen with Sujit Kumar,Haseena Maan Jayegi with Shashi Kapoor and Do Kaliyan with Neetu Singh as Baby Sonia were most successfulout of those 11 films.Do Duni Chaar a Bimal Roy film having Kishore Kumar and his servant Asit Sen both playing double roles.the same plot was taken by Gulzar in Angoor after many years with Sanjiv Kumar and Deven Verma. 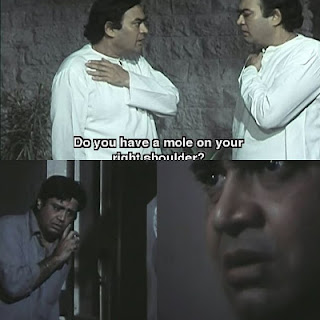 Johny Mera Naam was a blockbuster 1970 crime thriller film. Directed by Vijay Anand, it stars the director's brother, Dev Anand and Pran in the roles of brothers separated in childhood.The highlight of the movie was a Tripple Role played I S Johar who received his first Best Performance in a Comic Role for his triple roles: a steward in aeroplane, an associate of criminals, and a police officer.

Humjoli is another film worth mentioning because Mehmood played Tripple role in this movie playing Grand Father,Father and son representing three generation of Kapoor Khandan.The film stars Jeetendra, Leena Chandavarkar in the lead roles and music is composed by Laxmikant Pyarelal.

In 1971 four double role films released,Raaj Kumar in Lal Pathar.Mala Sinha in Maryada,Waheeda Rehman in Man Mandir and Raakhi in Sharmilee,, it was a hit movie,Shashi Kapoor was the Hero,music was given by S D Burman, Raakhee played a double role in this film, and its success helped make her one of the decade's top leading lady in Hindi films. 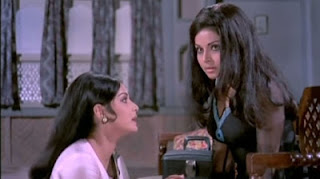 1972 seven such movies released but the worth mentioning is Seeta aur Geeta Hindi comedy, drama film starring Hema Malini in a dual role, and directed by Ramesh Sippy. The story is by Salim-Javed and the music by R.D. Burman.Hema Malini won her only competitive Filmfare Best Actress Award of her career.

1974 remains the year in which maximum(12) double role films released,Geeta Mera Naam and Mausam are worth mentioningMausam starring Sanjeev Kumar and Sharmila Tagore, and directed by Gulzar. It is loosely based on the novel, The Judas Tree, by A.J. Cronin. Sharmila Tagore for her acting received The Silver Lotus Award at the 23rd National Film Festival and the movie was honoured by presenting an award for 2nd Best Feature Film. 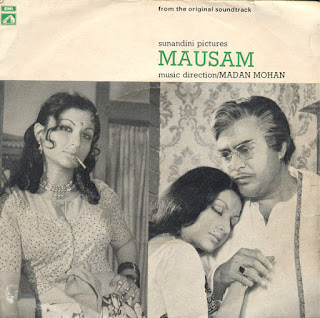 The highlight of the year 1974 was Naya Din Nai Raat ,Sanjiv Kumar playing 9 different roles in one movie.he played  as Anand / Swami Rahasyanand / Mr. Sarang / Seth Dhanraj / Sher Singh / Four Other Roles.This film had enhanced his status and reputation as an actor in Hindi cinema. 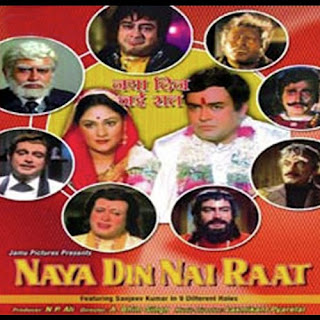 1976 nine films with double or more roles released Dilip Kumar did triple role in Bairaag,Shatrughan Sinha did a double Role in Kalicharan,The film was the directorial debut of Subhash Ghai and was the breakthrough role for stars Shatrughan Sinha and Reena Roy.Shatrughan Sinha played the role of inspector Prabhakar and Kalicharan a prisoner.The film became a box office hit. 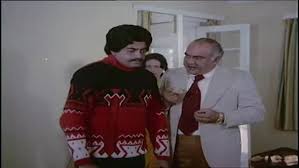 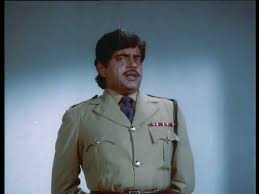 1978,seven such films released Amitabh Bachhan came with two films both were hit Kasme Vaade and Don.It was an action thriller Amitabh Bachchan played  as Don and Vijay
,Don is the most wanted criminal. The police are always unsuccessful at nabbing him. However, in a police encounter Don is fatally shot. Vijay is the spitting image of Don and is soon forced to pose as Don in order to help the police arrest Don's gang members.