Pali Hill - The Place where the Top Bollywood Celebrities Live 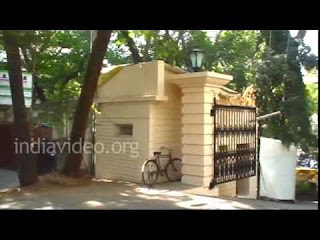 The posh ‘Pali Hill’ area of Mumba is known because of the big guns of the film industry reside there. Once Dilip Kumar lived here, now that bungalow is under dispute
Other than bungalows of Dilip Kumar and Saira Bano, Gulzar, Rakhi, Rishi Kapoor, Sanjay Dutt, Amir Khan also live here.
Late Dev Anand’s Recording Studio "Anand " in which he had his penthouse where he did most of his planning, thinking and writing (he wrote every page of his autobiography in his own handwriting in the same penthouse. is also situated at Pali Hill itself. 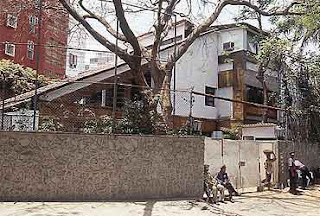 Pali Hill lies on the west coast of Mumbai, running closely parallel to Carter Road(recently renamed Naushad Ali Road), a popular sea-front and promenade. Both these roads are situated in the Bandra (West) suburb (H-West Ward) of Mumbai, India.
At the southern end of Pali Hill is the Rajendra Kumar Junction (Chowk) of four roads – leading to Carter Road in the west. On Pali Hill, the road diverges downhill – the Zig Zag Road. At this junction was the Anand Bungalow (owned by Dev Anand. 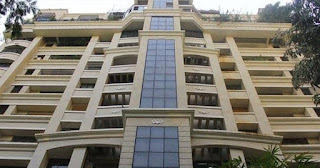 Sanjay-Dutt  Building
Among the notable residents were Late politician and actor, Sunil Dutt's bungalow, as well as his daughter and Member of Parliament Priya Dutt's and her brother Sanjay Dutt's building. Sanjay and Manyata Dutt stay in the ground floor apartment of Imperial Heights in Pali Hills. 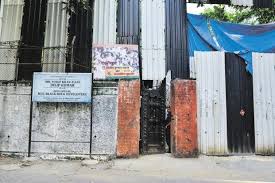 Dilip Kumar's old Bangalow
Actor Dilip Kumar's and Saira Banu's bungalow (currently caught in a heritage structure row and in a semi-ruin state). They want to redevelop the bungalow in Pali Hill, is in a legal tussle with local builder Samir Bhojwani, who has claimed the property 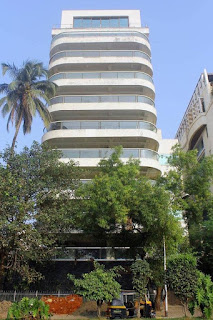 Aamir Khan Lives in Bella Vista
Aamir Khan's flat at Belavista. He stays with wife Kiran and son Azad in the 5,000 sq feet apartment in Bella Vista Apartments in Bandra--the decor of which features a mix of modern Asian and European elements. 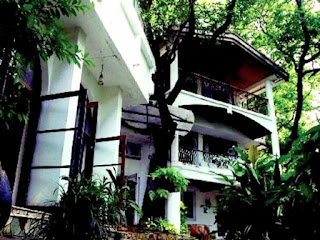 Rishi Kapoor's House
Rishi Kapoor, his wife Neetu Kapoor at the bungalow Krishna Raj along with their kids Ranbir Kapoor.

Posted by /bolywoodfiles.blogspot.com at 09:54:00 No comments: