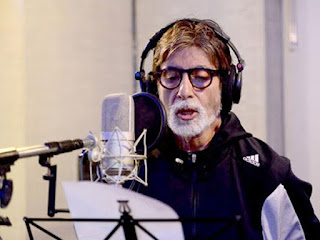 Amitabh Bachchan, who had wished to become a radio presenter before he tried his luck in Bollywood, his was rejected by  All India Radio Delhi. He tried in Bombay too by visiting the studios multiple times but failed to make the cut as Ameen Sayaani didn’t clear him. Later in an interview, he regretted denying him an audition.
Amitabh Bachchan was first heard rather than seen. His richly textured voice provides the sardonic voiceover in Mrinal Sen’s satire 1969 Bhuvan Shome.
Bollywood had many Actors with a powerful voice and great dialogue delivery. As per my knowledge these people may or may not be equally big stars but their voice had an impact.In the present scenario, Amitabh Bachchan remains the No one, no other actor near him with such a powerful voice and powerful dialogue delivery. He has been a narrator, a playback singer, and presenter for numerous programmes.He is the only actor who gave his voice as Sutradhar in more than 20 films. Renowned film director Satyajit Ray was so impressed with Bachchan's voice that he decided to use Bachchan as the narrator in his 1977 film Shatranj Ke Khilari.In this blog I discuss some of the films in which he gave his voice

After Bhuwan Shome it was Hrishikesh Mukherjee who took his voice in 1972 film Bawarchi as narrator. Later Satyajit Ray took him as narrator for 1977 film Shatranj Ke Khiladi. The film was set in the backdrop of the British annexation of Avadh and starred Sanjeev Kumar, Amjad Khan and Saeed Jaffrey in key roles. Also, this may be the only Satyajit Ray film that Amitabh Bachchan has worked for. 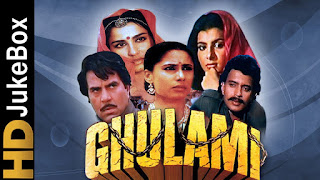 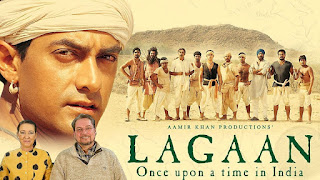 Aamir Khan starrer required a strong and credible voice for Lagaan and there was no one else who could fit the bill other than Amitabh Bachchan. Ashutosh Gowariker who was the director of Lagaan approached Big B yet again for a voiceover in his period drama, Jodhaa Akbar. And this time around, the film starred none other than Aishwarya Rai, who is Amitabh Bachchan’s daughter-in-law in real life. 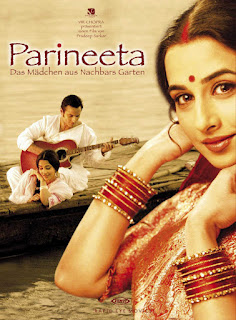 He also gave his voice for 2005 film Parineeta. He mentioned in an interview how lending his voice for Parineeta made him nostalgic because of his strong connection with Bengali culture and literature. 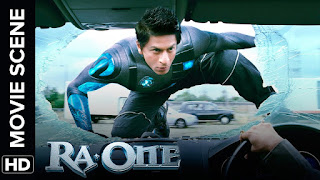 In recent years he gave his voice for Ra one and Krishh 3, he will be lending his voice to the Hindi version of 'The Big Friendly Giant', a 2016 American fantasy adventure film directed and produced by Steven Spielberg. The film is based on the 1982 novel of the same name by Roald Dahl.
A unique film was released in 2015 named Shamitabh written and directed by R. Balki. The film features Amitabh Bachchan, Dhanush and Akshara Haasan, in her debut, .Dhanush who plays a deaf and mute junior artiste.He meets assistant director Akshara Pandey (Akshara Haasan) who is impressed by his talent. She shows his video, shot on her phone, to her director, Anay Verma (Ivan Rodrigues), but he rejects casting a mute hero. Akshara's father, a doctor, treats Danish after he gets into a fight with security guards. On his recommendation, Danish and Akshara arrive at Finland to meet his friend who shows Danish their new "Live Voice Transfer Technology", that uses embedded micro-recorders and ear-pieces and enables mute people to communicate via a "borrowed" voice.
On returning to Mumbai meet Amitabh Sinha played by Amitabh Bachchan and ask him to lend his voice to Danish; he accepts, and signs an agreement not to disclose himself as Danish's voice. So in this film, Amitabh voice was used for the hero as well as himself.

Besides giving his voice for films he sang for himself in many films. Here are some of the songs sung by him.

The first song is sung in a film Mr Natwar Lal

Posted by /bolywoodfiles.blogspot.com at 09:32:00 No comments: