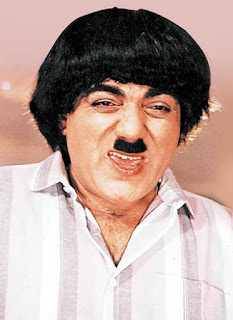 Today Salman Khan is known as the Bhaijaan of Hindi Film Industry but the original Bhaijaan was Mehmood. At his peak, he was paid more than the film’s hero. Mehmood had a big heart too. He helped many struggling actors find work in the industry. When Amitabh Bachchan was new to Mumbai and still struggling to find a foothold in the industry, it was Mehmood who helped him and offered him a room at his own house. He gave Amitabh the hero’s role in Bombay To Goa in 1972. It was due to this movie that writer duo Salim- Javed picked Amitabh for the iconic role of  Inspector Vijay Khanna in the action film Zanjeer.
There was a time It was difficult to imagine Hindi film comedy without Bollywood’s original Bhaijaan. His movie comes with an assurance of fun, frolic, drama, dance and great music. Well, dancing came naturally to him and so did acting and performance. There was no movie without a song of Mehmood.
In this Blog I have included some of the forgotten hit songs of Mehmood.this will refresh your memory.