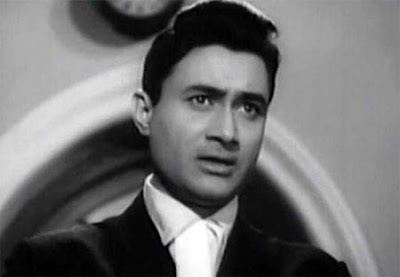 Lesser Known Facts About Dev Anand
Born Dharam Dev Anand, the actor was fondly addressed as DD, an abbreviated version of his first name by his peers in school
Dev Anand's first role model was his elder brother Chetan AnandChetan had studied in London and was a man of intellect and refined tastes. While Dev Anand eventually grew out of his shadow, his early acting efforts were inspired by his elder brother's mannerisms.
Dev Anand's first trip was to Venice when he accompanied elder brother Chetan Anand for the screening of their film Aandhiyan
The late star played tennis for his college and participated in inter-college tournaments but was, by his own admission, awful at it.

Apart from Chetan and Vijay Anand, Dev Anand had an elder brother Manmohan Anand, who was an advocate at the Gurdaspur District Court.
The first girl he was ever attracted to was Usha Chopra, an Anglo-Indian girl who was an undergraduate student in the same Lahore college Dev Anand was studying in.

He worked in the postal department of armed forces for a while.The actor was paid Rs 165 a month. His work was to read the letters that came for soldiers and censor any unwarranted information.

Dev Anand’s first acting job was at the Prabhat Film Company, where he was paid 400 rupees per month

Guru Dutt, first met at the Prabhat Film Company in 1946. After they exchanged polite hellos, Dev Anand noticed that Guru Dutt was staring at his shirt. It turned out that the washerman had mixed up their shirts and Dev Anand was wearing Guru Dutt’s shirt. Dev Anand said: “we had a hearty laugh and embraced each other. We were to be friends for all times. 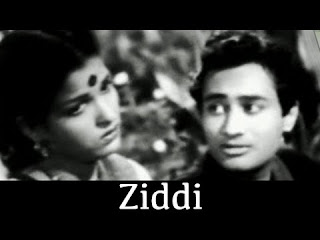 The first time Dev Anand played a leading man was in Ziddi, opposite Kamini Kaushal. The actor got his big break as a hero when introduced thus by Ashok Kumar, already a major star.
He may have drawn comparisons with Gregory Peck but it is Ashok Kumar he truly admired.Dev Anand aspired to become a performer in Dadamoni's class, awed by his work in films like Achhut Kanya and Kismat. 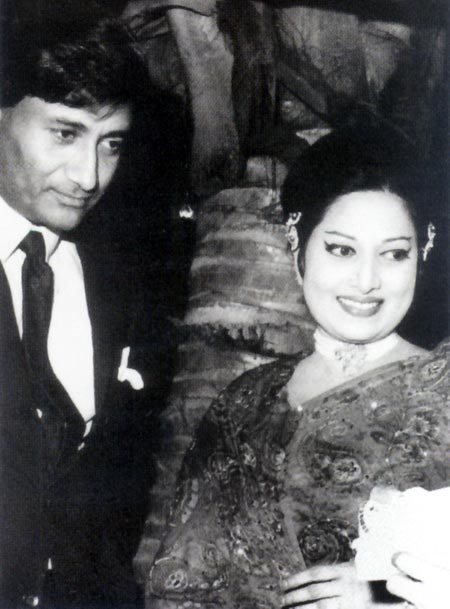 When the love story between Dev Anand and the actress widely known as Suraiya was at its peak, Suraiya’s grandmother started monitoring their movements to ensure that the Hindu hero didn’t get too close to her Muslim granddaughter. A scene in “Afsar” (1950) required him to kiss her on the eyes but grandmother, who was on the set, wouldn’t allow it. she stood on the spot where the scene was to be enacted and wouldn’t budge. Ultimately a member of the crew whisked away the grandmother on a pretext and they quickly shot the scene.
The late actor was known for his flambouyant personality that reflected in his outfits.He owned 800 jackets and his favourite colours were yellow, brown and black. He wore red once in a while. 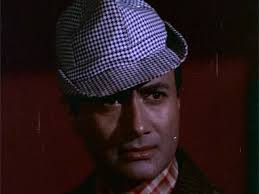 Dev Anand, who is best remembered for his romantic roles and style statements left an impressive impact on the generations to come. The legendary actor’s iconic, checkered print cap worn in the film Jewel Thief was reportedly purchased from a shop in Copenhagen, Denmark.
One of the most handsome actors of his times, Dev Anand was asked not to wear black suit in public apparently because women would go crazy seeing him dressed in black and would jump from buildings. 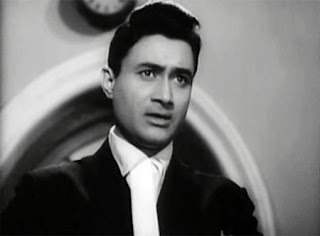 Dev Anand never wanted to die in films, he did just one death scene in his entire film career,it was in Guide
It is said that Dev Anand had refused to star in Zanjeer,because there was no song situations for him, which turned out to be Amitabh Bachchan's big break. Earlier also he refused Tumsa Nahi Dekha and Teesri Manzil both the films went to Shammi Kapoor. 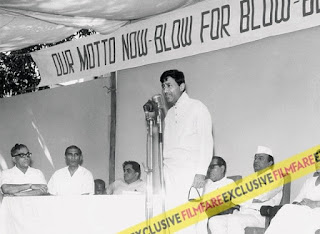 Dev Anand took keen interest in politics. He formed a party called National Party of India which he later disbanded.He stood up to the Internal emergency imposed by then Prime Minister of India, Indira Gandhi. In 1977, he actively campaigned against her with his supporters in the Lok Sabha.
Great Hits Of Dev Anand's Songs

Song from House No 44 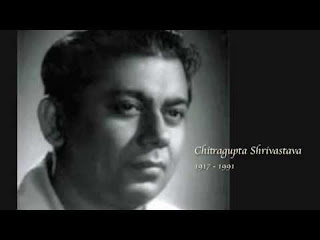 
Born as Chitragupta Srivastava (16th Nov 1917) in Karmaini village of Gopalganj district of Bihar and left his job as a lecturer in a Patna college to make a career in music composing.
He started working as assistant to SN Tripathi, which explains a slew of devotional/ mythological films Some of these films were Shivratri, Balyogi Upmanyu, Gayatri Mahima, Sati Madalasa and Pavanputra Hanuman.
The other kind of films which fell to Chitragupta’s lot was D-grade stunts.It was after struggling for several years that in the fifties he got introduced by SD Burman to a banner of some standing. That was the AVM Productions of South. It was from the Film Bhabhi(1957) his songs became popular among all.

Chitragupta, who rarely got the opportunity to work in A grade movies ( even this movie was not an A grade movie) gatecrashed into the party of A grade music directors with its songs.
Chitragupta composed music for 150 films spanning from 1946 to 1998. Popular amongst them were Zabak, Bhaabhi, Oonche Log, Insaaf Ki Manzil and Kali Topi Lal Rumaal,Lata Mangeshkar and Chitragupta gave some memorable songs but  there are some more Rafi solos: Mujhe dard-e-dil ka pata na tha (Akashdeep), Jaag dile deewana (Oonche Log), Ankhiyan sang ankhiya laagi aaj (Bada Admi 1961). There is a seldom heard but a very pleasant Rafi solo in Barkha – Admi chirag hai, uski chalegi kya chalti hawa ke saamne.

When Chitragupt came to Hindi Film Industry that time the industry was dominated by the big three Naushad, Shankar Jaikishan and SD Burman who were the favourite composers of the three greats Dilip Kumar, Raj Kapur and Dev Anand. Standing alongside them were the two other superstars OP Nayar and C Ramchandra. After the big five the remaining space was occupied by other greats, Madan Mohan, Roshan, Hemant Kumar, Salil Choudhry and Kalyanji Anandji. You still have to reckon with Khayyam, Jaydev, Ravi and several more.Even then Chitragupta made a mark in this crowd with the kind of films he got and with the background he came from is a testimony to his talent.
His classical roots can be seen with the song like Paayal Wali Dekh Na sung by Kishore Kumar  for the film Ek Raaz(1963)

In the year 1961 Chitragupta's seven films released most of the films had one or two popular songs but Zabak had many,one of the songs Teri Dunia Se Door a duet by Lata and Rafi is being posteg here.

In 1964 Ganga Ki Lehren came with few good songs,one of such song is here.

Other Hit Songs From CHITRAGUPTA

Posted by /bolywoodfiles.blogspot.com at 15:20:00 No comments: