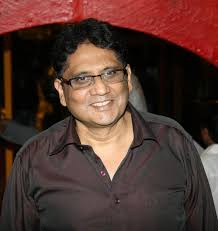 For those who are unaware, Anwar is  a professional singer, who once lent his voice to stars like Rajesh Khanna among others. But with time glory days ended and Anwar was compelled to sing in beer bars to feed his family.
Anwar Hussain(1st Feb 1948), known more by his first name Anwar, is a playback singer who rose to prominence in the Hindi playback industry because of the uncanny resemblance of his voice with that of singer Mohammed Rafi,


After the death of Rafi he was given lot of songs, people used to think that he is Rafi's son actually he was not. His father was an accomplished harmonium player and an assistant music director to the famed Ghulam Haider.
, He was classically trained by Ustad Abdul Rehman Khan ,incidentally same musical academy that produced the legendary playback singer Mahendra Kapoor.
Initially he used to sing Mohammad Rafi's Song on various small stage shows,His voice was very similar to Rafi, even once in a sound studio Rafi heard his song he got confused when did he sang that song,later he was told that this song is sung by a new singer for a new film.The song was "Humse Ka Bhool Hui", which was picturised on famous actor Rajesh Khanna. Both the film and song were super hit; hence Anwar started getting work and recognition.

Anwar got his first break by the music director Kamal Rajasthani, who gave him a chance to sing for his filmMere Gharib Nawaz. The song was Kasme Hum Apni Jaan Ki.

In a career span stretching over thirty years, Anwar sang a variety of songs including filmi songs, classical songs and contemporary ghazals, bhajans, qawwali, and Sufi songs.He was offered to sing in Raj Kapoor's Prem Rog, which he declined. However he got to sing a duet Ye Pyar Tha Ya Kuch with Sudha Malhotra. Manmohan Desai wanted him to sing in Amitabh Bachchan starrer Mard, but the songs later went to Shabbir Kumar as Anwar demanded too much.
In 2004 Anwar composed an album called Meri Aashiqui Se Pehle broadcast on popular RKB show of Sahara Channel. All the songs in the album were mesmerising so much so that one would sense the magic of Mohammad Rafi and appreciate Anwar's talent.

SOME OF HIS MEMORABLE SONGS

Posted by /bolywoodfiles.blogspot.com at 11:56:00 No comments: