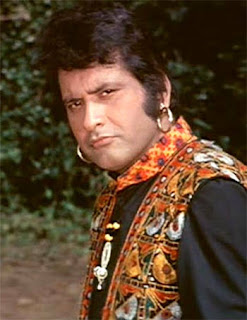 Mahendra Kapoor - The Most Popular Voice of Patriotism 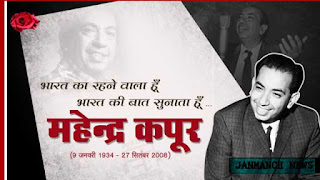 Mahendra Kapoor's voice has always been associated with Manoj Kumar. His many songs filmed on Manoj Kumar, most of them are patriotic. He won a National Award in 1968 for the patriotic song Mere Desh Ki Dharti in the film Upkaar, the topmost playing song in All India Radio.
He was one of the golden era singers when Mohd Rafi, Kishore Kumar, Mukesh and Manna Dey was ruling the main platform of playback singers of the Bollywood. He remained as one of the most popular singer in the Bollywood who has given his voice to almost all of the popular heroes like Dilip Kumar, Shammi Kapoor, Raj Kapoor, Dev Anand, Shashi Kapoor, Biswajeet, Raj Kumar, Dharmendra, Amitabh Bahchcan, Manoj Kumar, Jeetendra, Vinod Khanna, Shatrughan Sinha and many more.
He was born in Amritsar, on 9th Jan 1934. He was a fan of Mohammad Rafi and created a style of his own moulded largely on Rafi, and won the Metro Murphy All-India singing competition, which led to his debut as a playback singer in V. Shantaram's Navrang in 1958, singing Aadha Hai Chandrama Raat Aadhi, under the musical direction of C. Ramchandra.
In a career spanning five decades, he sang more than 25,000 songs in various regional languages, including memorable hits like ‘Chalo ek baar chalo’ (Gumrah), ‘Neele gagan ke taale’ (Hamraaz), and in various language.
He got 3 filmfare awards and one National Award as best singer, he was also awarded the Padma Shri by the Government of India.
He had three daughters and also one son. His son Rohan Kapoor is an actor and singer, who acted in a few films in the 1980s such as Yash Chopra's Faasle (1985) and Love 86(1986), and Prakash Mehra's Imandaar, and later did stage shows together with his father. He died on 27th September 2008,  following a cardiac failure at his home in Mumbai, aged 74.

Posted by /bolywoodfiles.blogspot.com at 10:01:00 No comments: 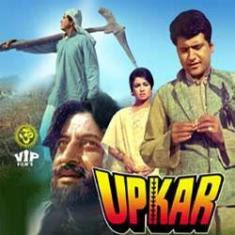 Upkar is a 1967 Indian Hindi film directed by Manoj Kumar.It was released on 1st Jan 1967.The film held the top spot at the box-office in 1967. Manoj Kumar started his Mr. Bharat persona and his brand of patriotism & fearless courage with this film.
It was the Late Prime Minister Shri Lal Bahadur Shastri ji who praised Manoj Kumar for his earlier film Shaheed and enthused Manoj Kumar to make a film on the Jai Jawaan Jai Kissan slogan.
The film story moves around a widow mother (Played by Kamini Kaushal) having 2 sons  Bharat (Manoj Kumar) and Puran (Prem Chopra). While she would like to educate her sons, and ensure that they lead good lives, she cannot do so on her own, and must sacrifice the career of one son so that the second can achieve this goal. For this purpose, Bharat willingly sacrifices his life, toils hard so that Puran can get a decent education, which he does, excels in his studies, and also goes abroad. But Puran on returning back didn't fulfilled the dreams of his mother and brother.He became cruel, self-serving man who now calls himself Kumar (also Prem Chopra), and whose one goal is to usurp and divide the family property, so that he can continue to live a comfortable life. 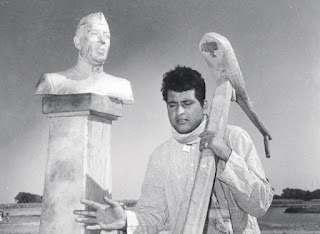 The story moves further with the 1965 Indo Pak War . Bharat is off to the war; while his selfish brother, with the help of his greedy uncle, Charandas(Madan Puri) and some partners, tries to gain profit by selling drugs and blackmarketering in the market. In the end, Bharat returns as a war hero defeating the demon designs of the enemy and his brother repents as he is caught by the police (by the brother-in-law of Bharat). Hence, he vows to be a good & hardworking brother just like his Indo-Pak war veteran brother Bharat. 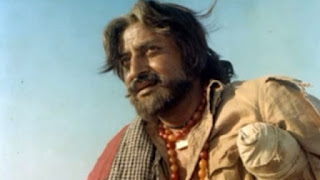 The highlight of the film was Pran,who played  his first positive character role. Pran has performed the role of the handicapped, carefree and outspoken Malang Chacha so well that you can never forget him after watching this movie. The song - Kasme Vaade Pyar Wafa has been picturized on him only.For this role he was given many awards. The film also won several major awards.The music was given by Kalyanji Anandji which was super hit,The song Mere Desh Ki Dharti Sona Ugle is immortal,other songs like Kasme Vaade Pyaar Wafa and Deewanon Se Ye Mat Poocho were hit.
This film  still appeals and should not be missed by the people interested in watching golden oldies. It has a great repeat value and the first time watcher will definitely like to watch it again.
The movie was super hit of 1967,it earned 3.5 crores that time.

Posted by /bolywoodfiles.blogspot.com at 10:47:00 No comments: