The Punjabification of Bollywood 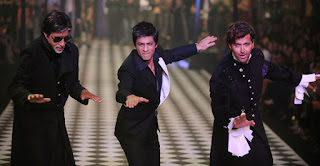 Bollywood has been open about merging cultures and ethnicity. Before independence, the influence of Mythological and Bengal was visible in Hindi films and Hindi film music. The film like Devdas influenced most of the producers."After Partition, several of the Punjabi filmmakers moved to India from Lahore. The Chopras, the Sippys, the Kapoors, are all Punjabis. It's obvious that they will make movies about what they know. Besides Punjabi two other community, Bengalis and Muslims rule the Bollywood. only 10% are from outside of this trio.
Punjabification of Bollywood isn't a new trend which is evident only within the latest Bollywood movies. The upbeat and celebratory Punjabi culture has constantly been an overplayed theme in Bollywood. It was B.R Chopra. and Raj Kapoor led the 'Punjabification' of the Indian film industry.  Punjabi music was first introduced by Gulam Haider. In the 50s and 60s, we saw the influence of Urdu and Muslim influence in Hindi songs and films besides Bengali. It's just that earlier, the hero-heroine never had the last name. Initially in the 50s, though many heroes belong to Punjabi community like Dharmendra, Rajendra Kumar, Manoj Kumar, In the past, Bollywood movies with Punjabi actors and South Indian actresses used to portray characters from the Hindi region of India peppered with lots of Hindi songs and dance. Actors even used to change their names to appear more Hindi instead of Punjabi or any other non-Hindi ethnicity. Bollywood is a family/community dominated industry where whom you know and which family you belong to matters more than talent. Bollywood like Hollywood is meant for thrilling people where talent matters little. It is like some kind of an exclusive club where you can only become a member if you belong to a particular group. More than 80% directors, actors, producers etc are related to one another in one way or the other. The late 90s where the majority of the Hindi films were being produced and directed by Punjabis with Punjabi actors playing Punjabi characters in Hindi movies. This was a big shift in the Bollywood formula. Punjabi was in Hindi was liked by the audience. This was followed by Bollywood songs and dances having more Punjabi than Hindi influence. Thanks to Yash Chopra and Johars who gave a new trend in Hindi Cinema.Since Bollywood relies more on formula and masala rather than innovation. As the Punjabi masala was successful, everybody is following it.
Today's generation is very fond of those rocking songs as composed in the Punjabi language. They like the beats which these Hindi songs have, they do not care about the lyrics whether they understand the Punjabi words or not they just want peppy beats. The sound of dhols and beats make the songs more energetic. Here are some of these songs. My first song on the list is the song from Yamla Jatt released in 1940 sung by Noorjehan

Posted by /bolywoodfiles.blogspot.com at 12:52:00 No comments: