Murad- An Important Character Actor of Golden Era of Bollywood 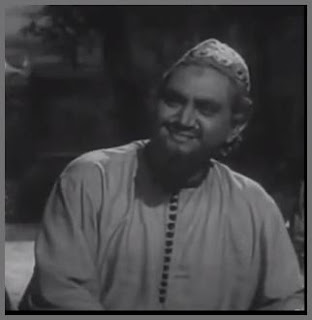 Today's generation may not know him but the lovers of the Golden Era can't forget him. His usual roles were that of a father, judge, emperor, zamindar or police commissioner. Some of his well known films include Andaz (1949), Deedar (1951), Aan(1952), Do Bigha Zameen (1953), Mirza Ghalib(1954) , Amar(1954) , Devdas(1955) and K Asif’s magnum opus Mughal-E-Azam where he played the role of Raja Mann Singh. His unique voice and dialogue delivery were his assets.
He started his career with Najma (1943) and worked in over 100 films over the next five decades. In his first film, he played the role of Ashok Kumar's father. He was then offered the roles of Heroe's or Heroine's father. He played the role of Deputy saheb – the girl's father in Mehboob Khan’s Anmol Ghadi (1946) which was a musical hit starring Surendra, Noor Jahan and Suraiya. 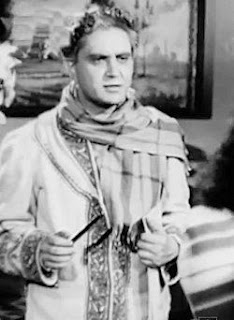 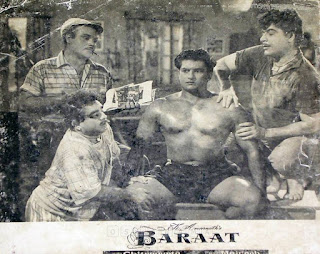 From the 1960s through to the end of the 1980s he appeared mostly as a judge or police commissioner. He was last seen in Amitabh Bachchan's Shehanshah released in 1988. He died in his birthplace in Rampur, Uttar Pradesh in 1997. His son Raza Murad is also a character actor of Bollywood.
Posted by /bolywoodfiles.blogspot.com at 08:16:00 No comments: 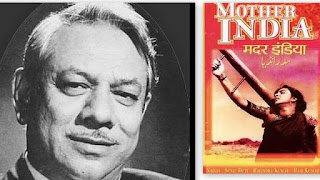 It is to Mehboob’s credit that from his humble beginnings as a spot boy, he went on to acting, writing, directing and producing films and owner of Mehboob Studio.
Mehboob Khan got several roles as an extra and even went on to being cast as a junior artist and then in a supporting role. In fact, Ardeshir Irani almost took him as the hero of Alam Ara, India’s first talkie.He realised that destiny is not in favor of making him a hero,there was something else he could do.So he decided to write a script and pitch it to a few studios.His script was rejected by various studios,he decided to produce and direct his own script.He went on to direct milestones such as the bold saga Aurat (1940), the romantic drama Andaz (1949), the swashbuckling musical Aan (1951) and the grand social epic Mother India (1957).
He was born Mehboob Khan Ramzan Khan in Bilimora in Gandevi Taluka of Baroda State (now Gujarat) on 9 September 1907. He started as an assistant in the Silent Film era and as an extra in the studios of the Imperial Film Company of Ardeshir Irani, before directing his first film Al Hilal a.k.a. Judgement of Allah (1935), when he started directing films for the Sagar Film Company.Notable films he directed include Deccan Queen (1936), Ek Hi Raasta (1939) and Alibaba (1940). Directorial features such as Aurat (1940) followed, with the studios Sagar Movietone and National Studios. In 1945, Khan set up his own production house – Mehboob Productions. In 1946 he directed the musical hit Anmol Ghadi, which featured singing stars Surendra, Noorjehan and Suraiya in leading roles.
He  introduced and helped establish the careers of many actors and actresses who went on to become big stars in the 1940s, 1950s and 1960s such as Surendra, Arun Kumar Ahuja, Dilip Kumar, Raj Kapoor, Sunil Dutt, Rajendra Kumar, Raaj Kumar, Nargis, Nimmi and Nadira.
He died in 1964 at the age of 57 and was buried at Badakabarastan in Marine Lines, Mumbai. His death occurred the day after the death of Jawaharlal Nehru, the Prime Minister of India. His last film as a director was 1962's Son of India.

Posted by /bolywoodfiles.blogspot.com at 10:44:00 No comments: