SHAILENDRA-His Life Was a Song 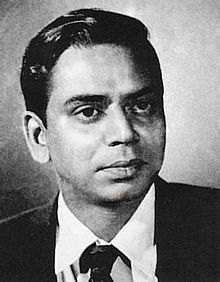 Remembering SHAILENDRA(30th Aug 1923) the Lyricist on his 94th Birth Anniversary.
Poetry was his first love but family situation forced him to take up a job of a railway mechanic.His job in Indian Railways brought him to the city of Bombay.Here in a Kavi Sammelan Raj Kapoor heard him reciting his poems,Raj Kapoor got impressed with his poetry and offered him to write songs for him.Which he initially refused but due to some domestic reasons and responsibilities,  need of money he aproached Raj Kapoor after 6 months and agreed to his terms. His first project was 'Barsaat'. Shailendra wrote his first song 'Barsat Mein Tum Se Mile Hum Sajan..' for Raj Kapoor.His poetic genius was in his ability to convey deepest of thoughts in simplest of words.
Eventually, Barsat was also the first film for the emerging music director duo Shankar-Jaikishan. The film proved very successful and after the success of Barsaat Raj Kapoor, Shankar-Jaikishan and Shailendra always worked together.

No doubt, Shailendra gave his best with Shankar-Jaikishan, but he shared equally pleasant rapport with musical giants of those days, like Salil Chowdhary, S. N. Tripathi and S.D. Burman.
Here are my favorite songs of Shailendra

Posted by /bolywoodfiles.blogspot.com at 17:53:00 No comments: Links to this post