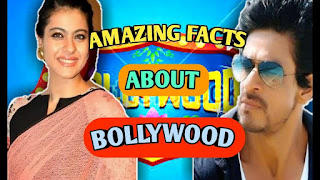 Before Bollywood came the term "Tollywood".The name that was used to refer to the cinema of West Bengal. Dating back to 1932, "Tollywood" was the earliest Hollywood-inspired name, referring to the Bengali film industry based in Tollygunge, Calcutta.
The term "Bollywood" itself has origins in the 1970s, when India overtook America as the world's largest film producer. Credit for the term has been claimed by several different people, including the lyricist, filmmaker and scholar Amit Khanna, and the journalist Bevinda Collaco. 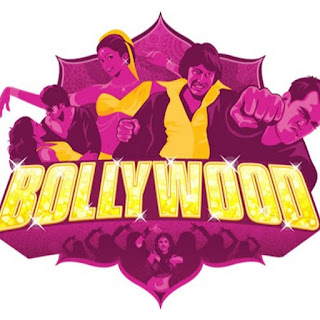 
Initially the cinema industry was still considered a low profession in the 40s, music director Naushad was introduced by his parents to his bride as a tailor. And ironically, the music that played in his ‘baraat’ was from ‘Rattan’ (1944) – that had been composed by him. 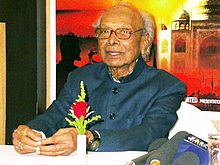 We all Know that Colour era in Indian Cinema (Hindi and Tamil) started in the mid 1950s but Kisan Kanya (year 1937) was known as India's first colour film,before that attempts to shoot the first Indian colour film(1933) failed when the negative for Sairhandri, directed by Rajaram Vankudre Shantaram, was ruined during processing in Germany. The colour era started  with Aan(1953), a Dilip Kumar- Nimmi starrer by Mehboob Khan, was the first Indian film, the prints of which were in Technicolor, the most expensive colour format of that era, or ever. It was shot in 16 mm and later blown up to 35 mm. It was a landmark success. 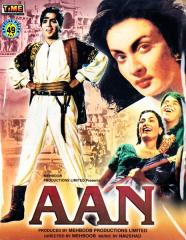 The masala film was pioneered in the early 1970s by filmmaker Nasir Hussain, along with screenwriter duo Salim-Javed, consisting of Salim Khan and Javed Akhtar. Yaadon Ki Baarat (1973), directed by Hussain and written by Salim-Javed, has been identified as the first masala film and the "first" quintessentially "Bollywood" film.Masala films launched Amitabh Bachchan into the biggest Bollywood movie star of the 1970s and 1980s. The "Curry Western" trend that began with Sholay (1975), written by Salim-Javed, also falls under the masala film genre. 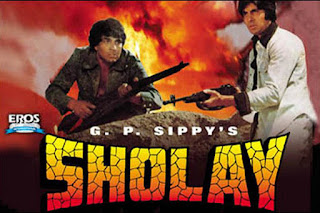 Bollywood films are mostly musicals and are expected to contain catchy music in the form of song-and-dance numbers woven into the script. Indrasabha released in 1932 has world record for maximum no of songs. It has over 70 songs. 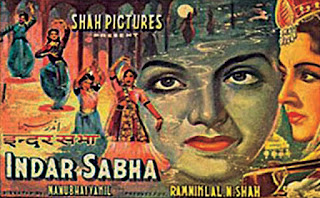 Raja Harishchandra (1913), by Dadasaheb Phalke, is known as the first silent feature film made in India. 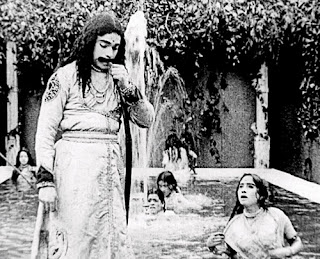 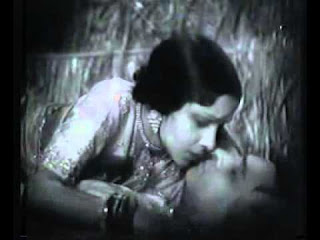 Today Sequel in Bollywood are very common but Hunter Wali film series was the movie series to have a sequel. First movie was released in 1935 and its sequel in 1943.This was an action movie with Fearless Nadia as lead role. This movie is one of the earliest female-lead movies. 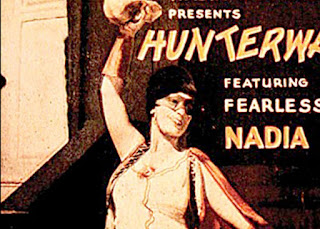 Mughal-e-Azam' was a multilingual movie - with all scenes shot thrice in Hindi, Tamil & English. When the Tamil one flopped miserably, the English language one was aborted almost immediately! 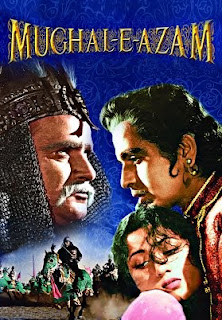 Ashok Kumar was a lab assistant in Bombay Talkies before he became an actor in 1936.His film Kismet released in 1943 The film is one of the biggest hits in the history of Hindi cinema. The movie was the first native blockbuster movie in India. It ran for 187 continuous weeks at Roxy Cinema in Calcutta, a record that stood for 32 years. 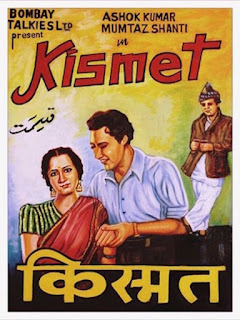 Indians buy 2.7 billion movie tickets annually, the highest in the world. But our average ticket price is among the lowest in the world, so revenues are a fraction compared to Hollywood! 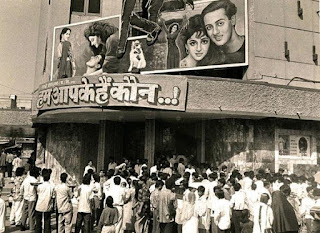 Raj Kapoor’s ‘Mera Naam Joker’ was the first Hindi movie to have not one but two intervals!It is the lengthiest film. 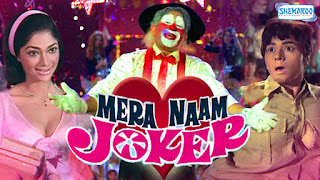 Waheeda Rahman has played both mother and lover to Amitabh Bachchan. She played his love interest in ‘Adalat’ (1976) and mother in ‘Trishul’ (1978). 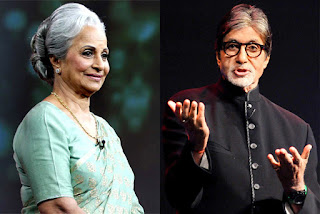 Sunil Dutt initially used to be an RJ for Radio Ceylon and wanted to interview his favorite actress Nargis. But he could not say a single word in front of her & the interview had to be cancelled. Years later, when he finally got a chance to work with her in ‘Mother India’ (1957), they fell in love and got married. 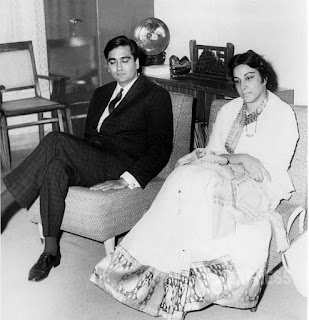 ‘Kaho Naa.. Pyar Hai’ was added to the Guinness Book of World Records 2002 edition for winning the most number of awards for a movie. The movie won a total of 92 awards! 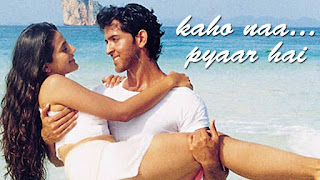 The song ‘Ab Tumhare Hawale Watan Saathiyon’ in the film by the same name is the longest Hindi film song. The length of this iconic song is 20 minutes and the song is featured in 3 installments in the film. 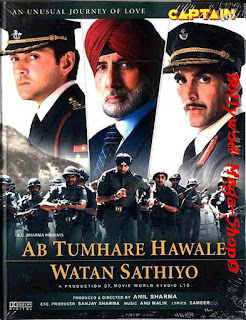 Our Mr. Perfectionist, Aamir Khan comes from the pedigree of a very famous revolutionary& eminent writer, none other than, Maulana Abul Kalam Azaad. 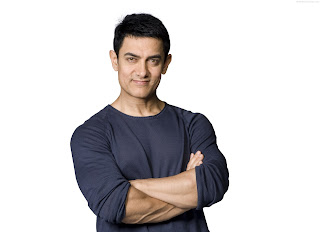 Bollywood actress Kalki Koechlin's great-grandfather Maurice Koechlin, was the Chief engineer for the construction of the Eiffel Tower in Paris, and also the iconic Statue of Liberty. 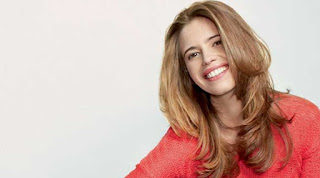 In the film ‘Heroine,’ Kareena Kapoor wore over 130 different dresses by top fashion designers from all over the world. It has been reported that Kareena’s wardrobe for the film was one of the most expensive out of all the Bollywood movies ever created! 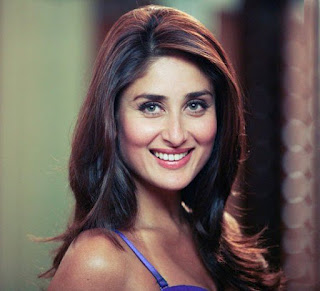 Dimple was only sixteen years old when Raj Kapoor introduced her in ‘Bobby’ (1973). She also got married to Bollywood superstar Rajesh Khanna at the age of 16. Despite the enormous success of ‘Bobby’, she then took a sabbatical from acting to raise her children. 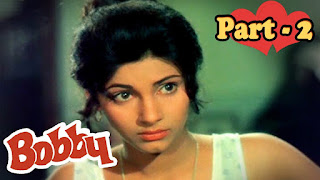 Amitabh Bachchan is so punctual that many a times he used to open the gates of Filmistan Studios himself for he used to reach the place before the watchman or gatekeeper. 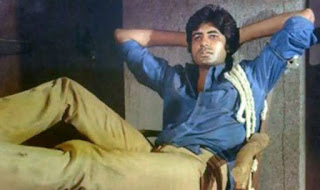 Posted by /bolywoodfiles.blogspot.com at 13:32:00 No comments: