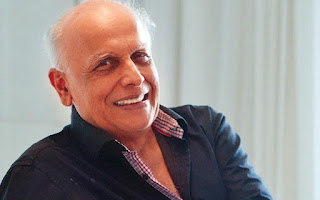 Happy 69th Birthday to Mahesh Bhatt(born on 20th Sept 1948).The great director, producer and screenwriter known for his works exclusively in Hindi cinema. The maker of Arth and Saransh started his film career from 1974 film  Manzilein Aur Bhi Hain ..He came to limelight in 1979 with  Lahu Ke Do Rang, starring Shabana Azmi and Vinod Khanna in lead roles., He is notable for launching the careers of Anupam Kher in Saaransh (1984), Rahul Roy, Anu Agarwal and Deepak Tijori in Aashiqui (1990), daughter Pooja Bhatt in Dil Hai Ki Manta Nahin and Sadak (1991), Atul Agnihotri in Sir (1993), Sonali Bendre in Naaraaz (1994), Dino Morea and Bipasha Basu in Raaz (2002), Emraan Hashmi in Footpath and Murder (2004), Mallika Sherawat in Murder (2004)Kangana Ranaut in Gangster
Bhatt had one of his biggest releases with musical romance film Aashiqui (1990),He launched his daughter Pooja Bhatt as a lead actress opposite Aamir Khan in Dil Hai Ki Manta Nahin (1991). The film was a commercial success and hugely acclaimed for its soundtrack. Bhatt's directorial Saathi (1991) was the only major success for Aditya Pancholi as a lead actor, thus giving a boost to his career. It was the biggest hit of the actor's career.
Bhatt has also given breakthrough to many stars, bringing turning point in their careers. These names include Sanjay Dutt and Kumar Gaurav in Naam (1986), Aditya Pancholi in Saathi (1991), Aamir Khan in Dil Hai Ki Manta Nahin (1991), Juhi Chawla in Hum Hain Rahi Pyar Ke (1993), which also fetched her Filmfare Award for Best Actress and Paresh Rawal in Sir (1993).He has Directed more than 40 films,the last film he Directed was Kartoos in 1999.
Bhatt is also known for his choice of music.One of the highlight of his films is its music. Many composers had their first mainstream success in Bollywood while working with him. Nadeem Sharwan and Anu Malik are few of them. Pakistani singer Atif Aslam got his first break in Bollywood when his songs "Woh Lamhe" Kunal Ganjawala for Murder " Bheege Honth Tere",Singer K K for "Tu Hi Meri Shab Hai"of Gangster.

Posted by /bolywoodfiles.blogspot.com at 11:58:00 No comments: Links to this post