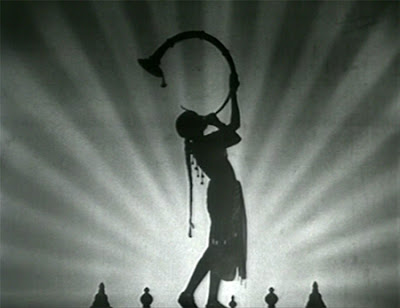 From the late 1920s to the mid-1950s, Indian movie studios proved the impossible: that social commitment, artistic creativity and commercial viability could coexist.Those days
every aspect of fim making was controled by the studios included the cinema halls.The Indian studios functioned in a manner similar to Hollywood: the bosses ran the show, while actors were retained on a payroll. Besides honing the talents of early stars (KL Saigal, Devika Rani, Ashok Kumar,Dev Anand,Guru Dutt) and filmmakers (Debaki Bose, V Shantaram, Bimal Roy),
One such Studio was Prabhat Studio which was one of the Three Big Names,The Bombay Talkies of Bombay,New Theatre of Calcutta and Prabhat Studio of Pune. 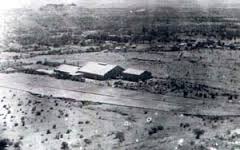 In fact V Shantaram who was the the right hand man of Baburao Pendharkar who was already running a film company since 1920,The Maharashtra Film Company where Damle and Fatehlal were partners. 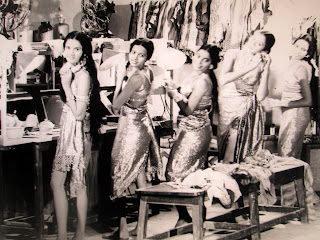 The company popularly known as PRABHAT STUDIO moved to Pune in 1933, where it established its own studio and produced a total of 45 films in both Marathi and Hindi over 27 years, including are Kunku (Duniya Na Mane in Hindi),Swarajyacha Toran also called Udaykal, based on Shivaji’s life, Dharmatma on life of saint Eknath, Sant Tukaram, based on the saint-poet and social reformer, Shejari also called Padosi, on communal harmony, Manoos (aka Aadmi) about alcoholism and Amar Jyoti about woman’s emancipation.

Initially during the Silent Era Prabhat Films soon made a name for itself with silent films and produced six films, most of them directed by the tireless V. Shantaram.He was of the opinion that only Silent Films are creative ,the Talkie Movie was a transient phase, and the silent films were the real artistic area. But soon the company realized its mistake, and joined the talkie era with Ayodhyecha Raja (The King of Ayodhya) in Marathi(1932), also starring Durga Khote, which was the first film of Marathi Cinema, and later made under the name Ayodhya Ka Raja in Hindi. The film is based on Raja Harishchandra's story.
In 1933 the company shifted their Head Quarter to Poona being nearer to Bombay,they built a well equiped Studio which was most modern and the largest in Asia.
Their art department, which had a reputation for set construction and the use of plaster and draperies, was regarded as the finest in the country. Films like Ayodhyache Raja/Ayodhya ka Raja(Marathi/Hindi 1932) on the truth-loving King Harishchandra,

Amrit Manthan (1934) once again a bilingual,made in Marathi and Hindi.The Hindi version ,the first Hindi film to celebrate 'Silver Jubilee'.  The story was based on abolishing the practice of human as well as animal sacrifice to any Goddess. Huge sets and costumes were notable in this film.Chandramohan got a break in the Hindi version of this film and became a famous actor.

In 1935 Dharmatma  was released both in Marathi & Hindi. Master Krishnarao, music director from Gandharva's drama company made his entry in the film industry as music director.Melodious tunes and enchanting voice of Balgandharva are the highlights of the film. 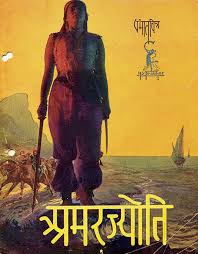 Amar Jyoti 1936,was made in Hindi, the proto-feminist tale of a woman turning into a pirate and declaring war on the state when she is denied legal custody of her son, made Prabhat one of the finest producers in the country.The first Prabhat film to have play-back system.T he song 'Suno Suno Banke Prani' became hit and thousands of its records were sold. 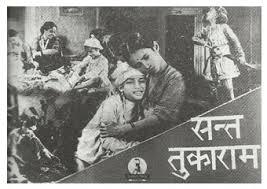 The biopic, title Sant Tukaram, in 1936, made by V. Damle and S. Fattelal of Prabhat Film Company and starring Vishnupant Pagnis as the lead, and released on 12 December 1936 at Central Cinema in Mumbai. The film was not only a big hit but also had won an award at the 5th Venice International Film Festival in 1937 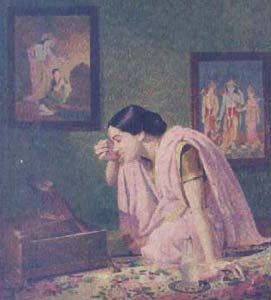 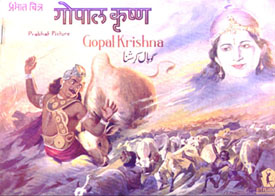 1938 another film Gopalkrishna (Marathi &  Hind)  was released It was not directed by V Shantaram, V.Damle & S.Fatelal were the joint director of this movie.Technically Gopalkrishna is distinguished by the use of stylish sets, costumes and classically-oriented but lively music. 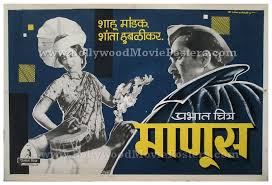 Manoos (Marathi) / Aadmi (Hindi) 1939 Yet another brilliant "problem" film. This brings together a simple-minded policeman and an innocent prostitute. The former tries to restore to the later , a life of decency by marrying her but the woman is still haunted by moral legacy of her past. The film was famous for a multi-lingual song "Kashala Udyachi Baat" 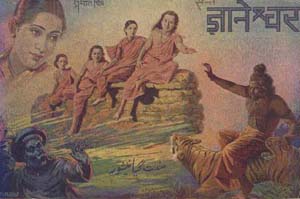 Sant Gyaneshwar (Marathi & Hindi) 1940 once again directed by V.Damle & S.Fatelal . It was the first Indian film screened in USA. "American Cinematograph" carried a review in its October,1941 issue and praised trick photography of the film. 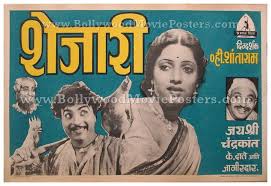 Shejari (Marathi) / Padosi (Hindi) 1941,The film narrates the unfortunate scism that separates a Hindu from Muslim neighbour and a lifelong friend.Much of the film's background related to dam and the photographic exploitation of the subject ending in the tragic dam-burst is marked by unique technical skill.The romantic interludes in the film are made all the more colourful by a climatic torch dance. 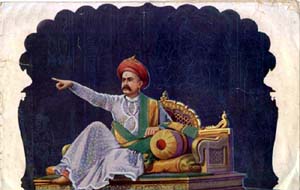 In 1942 V Shantaram left Prabhat Films  to form his own "Rajkamal Kalamandir" studios, Damle Mama fell ill, the company encountered hard times. Its last major film was Ram Shastri in 1944. Noted director, Guru Dutt started his career as a choreographer, under a three-year contract with the Prabhat Film Company in Pune in 1944.
The company was closed in the early 50's and property auctioned away in 1952.Film & Te The company formally closed on 13 October 1953.
Today, the Film and Television Institute of India occupies the land that once belonged to the studio in Pune. It’s fitting that a filmmaking school has come up on the spot where one of the best nurseries of talent  once stood.
!933 to 1942 was the golden Phase for Prabhat Films during that period they created lots of Hit Films.
RARE SONGS and CLIPPINGS of Prabhat Films

Posted by /bolywoodfiles.blogspot.com at 08:29:00 No comments: Links to this post