Sonu Nigam (30 July 1973) Turns 43 on 30th July 2016  He has been one of the highest paid Indian singers. His singing style is considered similar to the legendary Mohd. Rafi whom he also considers his motivation.

His First Released Song Was O Aasman Wale From Movie Aaja Meri Jaan(1992). He Released His First Album Rafi Ki Yaadein in 1992.In fact Sonu Nigam got his first break as a singer was in a film Janam (1990), which was never officially released.So the songs of that film never reached public. He then began making radio commercials and also acted in some of them.

The song that gave him fame was  'Accha Sila Diya Tune' from the film 'Bewafa Sanam.Later  'Yeh Dil Deewana' from Subhash Ghai’s film 'Pardes'made him Super Star in Playback Singing.

Sonu Nigam is a multi talented person he is a very good stage performer and good in mimicry.

He composed the title track of the film Singh Saab The Great in 2013 and has also composed music for other films including: Sooper Se Ooper and Jal, in collaboration with percussionist Bickram Ghosh in the same year.

Title track of the film Singh Saab The Great

Sonu released his first Indipop album, Sapney Ki Baat in 1997 in collaboration with T-Series which generated a remarkable response from the listeners. Following that, In 1998, Magnasound came up with a lucrative offer for Sonu to launch the albums, 'Kismat' and 'Mausam', both of which contributed to his title as the Golden Voice of Indipop. The singles 'Tu' and 'Bijuriya' are still considered to be two of his biggest dance hits. History was made when Sonu launched his album 'Deewana' in 1999 with T-Series. It led Sonu to the heights of his singing career.

Year 2008 saw 3 historic projects - Classically Mild, Rafi Resurrected and Maha Ganesha. His recent foray into the international music scene has been path-breaking too with singles 'Lets Go For Glory' and 'This Is It' being released globally by Universal Music. The remix of 'I Wanna Go' with Britney Spears created a huge sensation too India and overseas.


He has not only sung in Hindi but in several languages, including Kannada, Oriya, Assamese, Tamil, Punjabi, Bengali, Malayalam, Marathi, Telugu and Nepali.Nigam's first song in Kannada was in 1996 for the super hit film Jeevanadhi starring South Super Star Dr.Vishnuvardhan. The song's music was composed by Saluri Koteswara Rao with lyrics by R. N. Jayagopal. Nigam has sung over 600 Kannada songs.He is known as the The Golden Singer Of Karnataka.

The Beat of Our Hearts

In November 2007, at the inauguration of Harvard University's 28th president, Drew Gilpin Faust, Nigam sang Mahatma Gandhi's favorite bhajan, "Vaishnav Jan To Tene Kahiye", with the Harvard College Sangeet
In 2011 Nigam collaborated with Britney Spears on a remix of her "I Wanna Go" track.
He was ranked the Number 1 artist on the US Billboard Uncharted charts twice in 7 September and 5 October 2013 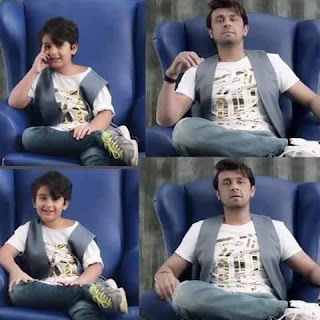 Posted by /bolywoodfiles.blogspot.com at 08:38:00 No comments: