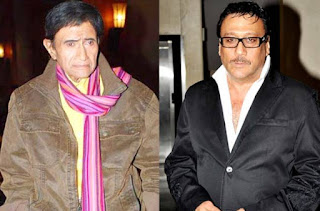 We all know that Jackie Shroff was an ardent fan of Dev Anand. I read somewhere that he hero-worshipped Dev Saab. He said that his love for Dev Anand was genetic. His mother was his biggest fan. She passed it on to me. 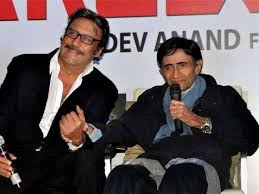 His earliest memory is of being sent to school by his mother with that famous ‘Dev Anand Puff' hair. My mother used to comb my hair like Dev Saab every morning. And I made sure it stayed in place. " It was unfortunate for him when he met Dev Saheb, he was not having his Puff, he changed his hairstyle by that time.
Before Jackie Shroff met Dev Saheb he met his son Suniel Anand. They both were doing Hindi diction classes together. Suniel suggested I meet his father for a film that Dev Saab was making. 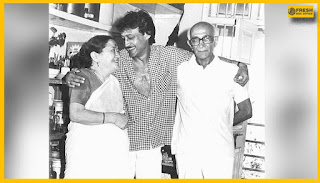 Jackie with his Parents
Jackie Shroff believes in fortune. His father who was an astrologer once told him that he will become an Actor. He couldn't believe his father that time. He was an ordinary guy living in a chawl how can he become an actor?. Initially, he worked in a travel company and doing small modelling assignments as a side business. 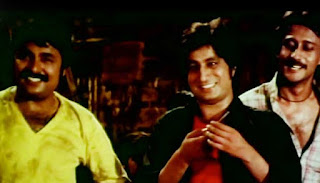 It was after an advert for Charminar that Dev Anand approached him with what turned out to be his first film - Swami Dada, following which he was offered Hero.
Initially, Dev saheb offered him the second lead but luck again played its role, this role went to Mithun Chakraborty who was a bigger actor than me. He felt sorry for me. He told me there was one role still open. I had to stand quietly behind Shakti Kapoor throughout.
From that time when he did Swami Dada for Dev Saab, then his jump to a leading man in Dev Saab's Sache Ka Bol Bala, to Censor and Chargesheet...Dev Saab just had to ask. I'd blindly do any role big small, cameo, a walk-on for him. "

He said that Dev Anand was also Jackie's spiritual guru. "He taught me so much about life and about cinema and about good heart and kindness to others. I never ever saw him raise his voice at anyone. I try to be like that. People say I resemble him physically.
It was Dev Saab's screen presence that taught me how to romance women on screen. Off-screen, I was known to be quite junglee. " I certainly copied him in my romantic songs. You know, I was a complete wild street-kid when I came into movies.
When he was selected by Subhash Ghai to play the lead role in Hero he used to talk like Dev Saheb. In fact, When we were filming for Hero, my dialogue delivery would come out in Devji’s style. At that time, Subhash sir would remind me that I am supposed to sound more like Shatrughan Sinha, not Devji,” 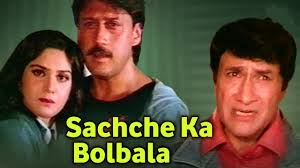 Till Dev Anand’s last, his self-declared biggest fan Jackie Shroff continued to connect with his idol once every fortnight. “It was a self-imposed rule. I had to catch up with Dev sahab.
It wasn’t for him, it was for my own sake. I hero-worshipped Dev Sahab, from the first to the last day.