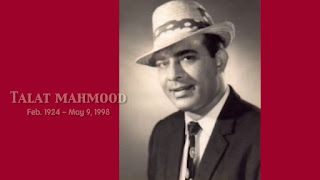 Talat Mahmood (24 February 1924 – 9 May 1998) is considered one of the greatest singers of Bollywood. He was particularly famous for singing soft and sombre semi-classical and non-classical ghazals, but the film songs sung by him are also considered critically flawless and outstanding. He can be described as the real founder of modern semi-classical and non-classical ghazal.
Talat Mehmood was the real founder of modern semi-classical and non-classical ghazal. So, his influence upon other contemporary and succeeding ghazal singers has been broad and profound. It was he who paved the way for such legendary ghazal singers like Mehdi Hassan and Jagjit Singh.
Besides being a gifted singer, Talar was quite handsome as well. He acted in over a dozen films with top actresses of the time like Nutan, Mala Sinha, Suraiya and others. He could be considered the Top Singing Star of Black & White Era. Later he decided to give up acting to concentrate on singing.
In this Blog I have selected the songs he sang for the Major Heroes of Bollywood

The Great Ghazals Of TALAT MAHMOOD 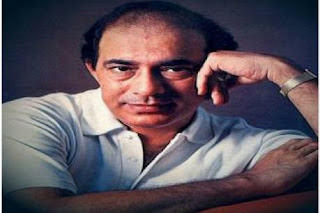 Talat Mahmood is known as The King Of Ghazal a title  he consolidated over the period of years to become the greatest name in ghazals He began his music career at the young age of 16 when he began singing the ghazals of Ghalib, Dagh, Mir and Jigar on All India Radio, Lucknow. His  first disc was released in 1941, "Sab din ek samaan nahin tha, ban jaoonga kya se kya main, iska to kuch dhyan nahin tha"
In 1944 came the smash hit "Tasveer teri dil mera behela na sakegi". It took the country by storm. It's popularity was so phenomenal and unrivalled that even today it remains one of the biggest non-film hits! This disc brought Talat fame throughout India and soon he was beckoned by the Calcutta Film Industry, which was then the premiere hub of film production in the 40's.
He came to Bombay in 1949,His name and fame had already preceded him and people in the Mumbai Film Industry were already aware of this handsome and talented young singer and soon he was offered the song "Ae dil mujhe aisi jagha le chal jahan koi na ho" composed by the then reigning music director Anil Biswas and picturised  on the great Dilip Kumar. The song was a great hit,it layed the fpoundation of a new trend of Ghazal in Bollywood.The mellowness, sweetness and pathos in his voice set him apart from all the other singers. Here was a voice that was fresh !  The style absolutely new !!  He was unanimously hailed as "The King Of Ghazals"
Towards the late 60's the filmi ghazals and good romantic songs gave way to the electronic rhythms of the disco generation. Disliking the new trend towards loud meaningless music, Talat decided to cut down his film singing assignments but continued his non-film ghazal recordings.
His last soundtrack recording, in 1985, is the song "Mere Shareek-e-Safar", a duet sung with Miss Hemlata, from the movie "Wali-e-Azam" composed by Chitragupt and written by Ahmed Wasi.He  influenced a whole generation of young singers who succeeded him; including legendary ghazal singers Jagjit Singh and Pankaj Udhas (who always honors him with the title of Shahenshah-E-Ghazal), singer Sajjad Ali and playback singer Abhijeet Bhattacharya.
My Favourite Ghazals Of TALAT

Posted by /bolywoodfiles.blogspot.com at 11:17:00 No comments: