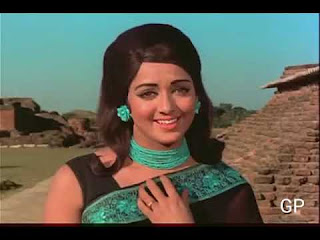 She got her first Hindi film offer in 1968 opposite Raj Kapoor in Sapno Ka Saudagar, Her 2nd Hindi Film was Waris 1969 with Jeetendra as her Hero. In the next year, her 5 films released but she came into prominence only after Johny Mera Naam 1970. She established herself as No 1 only after Seeta Aur Geeta. She won the Filmfare Award for Best Actress.for this film. In 1975 alone she was part of five successes --- Sanyasi, Dharmatma, Khushboo, Prattigya and most significantly, Sholay, where she was unforgettable as the chatterbox Basanti.
The entire country was now mesmerized by Hema Malini’s beauty so many producers thought of creating a film role as Dream Girl. It was in 1977, the film called Dream Girl was released. The highlight was how good Hema could look in various avatars like a princess, a street girl or a dancer.
Hema Malini paired with top heroes of Industry but she worked maximum with Dharmendra in 28 films, With Rajesh Khanna in 19 films, with Amitabh Bachchan 15 films, with Jeetendra 11 films and Dev Anand 9 films.
In 1980 Hema defied convention and became Dharmendra's second wife. Her spotless reputation and regal demeanor saw her facing little flack for this act of societal defiance.
After her marriage, Malini made films including Kranti, Naseeb (1981), Satte Pe Satta, Rajput, and Ek Nai Paheli (1984). Her works also included Aandhi Toofan, Durgaa (1985), Ramkali (1985), Sitapur Ki Geeta (1987), Ek Chadar Maili Si (1986), Rihaee and Jamai Raja (1990)
In the 1990s, she produced and directed the 1992 film Dil Aashna Hai, starring Divya Bharti and Shah Rukh Khan in the leading roles. She also produced and directed her second feature film Mohini (1995), starring her niece Madhoo and actor Sudesh Berry in the leading roles. She then focused on dancing and television work, only occasionally appearing in films.
After taking a break from films for a number of years, Hema made a comeback with Baghban (2003), Baabul in 2006.Aarakshan in 2011. In 2017 she acted in the film Ek Thi Rani Aisi Bhi in the role of Vijaya Raje Scindia of Gwalior, with Vinod Khanna as her husband, unfortunately, it was Vinod Khanna's last film.
Top 10 Songs of Hema Malini

Posted by /bolywoodfiles.blogspot.com at 11:39:00 No comments: 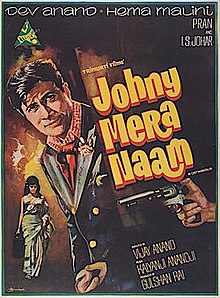 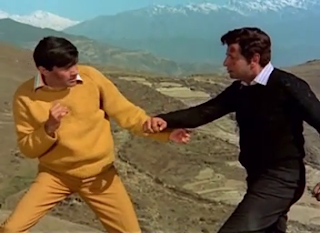 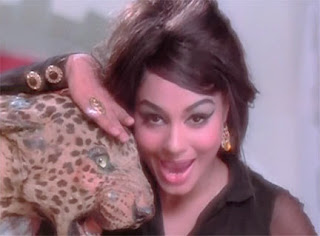 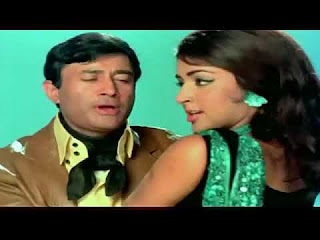 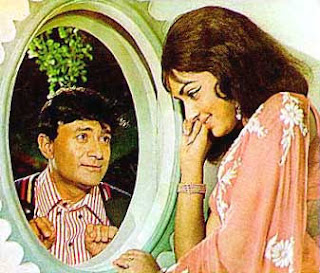 Posted by /bolywoodfiles.blogspot.com at 11:52:00 No comments:

English and many foreign language words are used in Bollywood Songs,There are many hindi films in which full English/foreign language song is picturised.One of such old song comes in my mind is from the film Ek Phool Char Kante released in 1960,"The beautiful baby of broadway".similarly there was one song in rajkapoors SANGAM[1964]which had many languages like english,german,russian,etc.In this post I have taken many of such songs.

Posted by /bolywoodfiles.blogspot.com at 14:01:00 No comments: 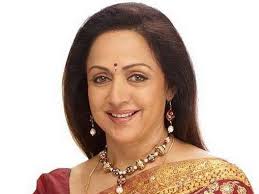 Hema Malini was born the 16th of October in 1948 to a Tamil Iyenger family. When she was 15, she was considered for a role in a Tamil film, but was rejected because she was too thin.Earlier in Idhu Sathiyam 1961 a Tamil film she appeared for a small role as a dancer. 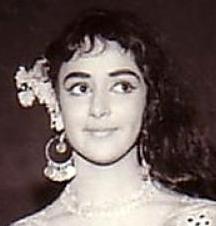 She got her first Hindi film offer in 1968 opposite Raj Kapoor in Sapno Ka Saudagar, which she accepted. Since then she has been in numerous movies.
Hema Malini attended the Andhra Mahila Sabha in Chennai where her favourite subject was history.,she studied at DTEA Mandir Marg and in 12th Standard left to begin her acting career.Her 2nd Hindi Film was Waris 1969 with Jeetendra as her Hero.In the next year her 5 films released but she came into prominance only after Johny Mera Naam 1970 released.In most of her films, she starred opposite her husband; Dharmendra and with Rajesh Khanna and Devanand. 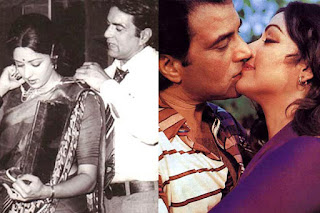 She fell in love with the already married Dharmendra when they filmed for Sholay in 1975, and both of them converted to Islam and married in 1980 because Dharmendra's first wife refused to divorce him. She is lovingly known as Dream Girl by fans ever since doing a film by the same name in the mid 70s. Other than acting, she is also a director, producer and a politician. 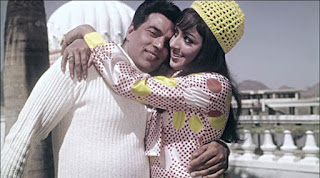 After her marriage, Malini made films including Kranti, Naseeb (1981), Satte Pe Satta, Rajput, and Ek Nai Paheli (1984). Malini portrayed the role of a classical singer in the film opposite Rajesh Khanna, 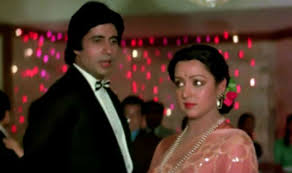 She directed the film Dil Aashna Hai with Divya Bharti and Shahrukh Khan in the leading roles. Following this, Malini focused on dancing and television work
After taking a break from films for a number of years, Hema made a comeback with Baghban (2003). for which she earned a Filmfare Best Actress Award nomination. She also played a substantial supporting role in the 2004 film Veer-Zaara. In 2011, she directed her second feature film Tell Me O Khuda which featured both her husband Dharmendra and her daughter Esha Deol 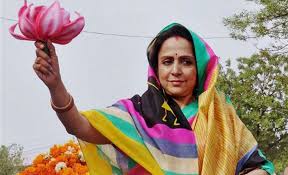 In 1999, Malini campaigned for the Bharatiya Janata Party (BJP) candidate, Vinod Khanna, a former Bollywood actor, in the Lok Sabha Elections in Gurdaspur, Punjab. In February 2004, Malini officially joined the BJP From 2003 to 2009, she served as an MP to the upper house of the Rajya Sabha, having been nominated by the then President of India, Dr A P J Abdul Kalam. In March 2010, Malini was made general secretary of the BJP, and in February 2011, she was recommended by Ananth Kumar, the party general secretary. In the 2014 general elections for the Lok Sabha, Malini defeated the Mathura incumbent, Jayant Chaudhary (RLD) by 3,30,743 votes.She was then elected to the Lok Sabha. 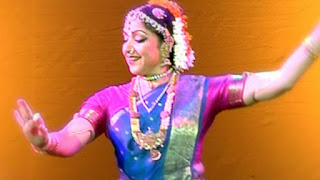 She is a trained Bharatanatyam dancer. Her daughters Esha Deol & Ahana Deol are also trained Odissi dancers. They performed with Malini in a production called Parampara for charitable events. She also performed with her daughters at the Khajuraho Dance Festival. Malini also studied Kuchipudi with Vempati Chinna Satyam and Mohiniattam with Kalamandalam Guru Gopalakrishnan. She has played a number of dance roles including Narasimha and Rama in Tulasidas's Ramcharitmanas.In 2007, she performed in Mysuru on the eve of Dussera, where she played the roles of Sati, Parvati and Durga. Malini owns the Natya Vihar Kalakendra dance school. 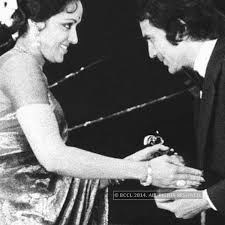 She won Best Actress Award for Filmfare in 1973 for Sita Aur Geeta. and nominated for 10 times Last she was nomited for Baghban in 2003.
Let's Celebrate her Birthday with her Hit songs

Posted by /bolywoodfiles.blogspot.com at 11:47:00 No comments: