Story Behind the Song "Yeh Aankhen Uff You Maa" 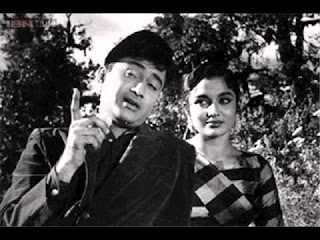 This Iconic song is sung by Rafi and Lata and it is picturised on the lead pair of Dev Saab and Asha Parekh. The film was directed by Nasir Hussain and the song was written by Hasrat Jaipuri and composed by Shankar Jaikishan. The film was a super hit, all the songs were hit.
When this song released everybody was curious to know the meaning of Uff Youmaa.These words became craze after the release of the film.
The story behind these words was that once Music Director Jaikishan along with lyricist Hasrat Jaipuri were attending a party in Bombay where an Arabic lady who was very beautiful said Uff Yumma and Jaikishan immediately took a liking for this very unusual word and there and then asked Hasrat Jaipuri to sit down and write a romantic song using this word for their upcoming film Jab Pyar Kisi Se Hota Hai.
The Mukhra of this song was ready in a few minutes. Jaikishan immediately left the party and went to Nasir Hussain's house Initially Nasir Hussain was reluctant to take these words but when the full song was ready he invited Dev Saab to listen to the song. Dev Anand instantly liked these words and approved this song.
This romantic song was picturised on the beautiful hills of Darjeeling. The situation was created for this song by the director for using these words.

Posted by /bolywoodfiles.blogspot.com at 14:38:00 No comments: 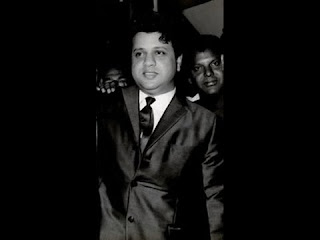 The association of Raj Kapoor, Shankar Jaikishen, Shailendra and Hasrat Jaipuri which started with Barsaat continued till the end. The Shankar Jaikishan were among the top music directors of Golden Era of Bollywood. They created the music appealing both to the common man (rickshaw puller) as well as purists. The eight-minute Awaara song “ Ghar Aaya Mera Pardesi” is a milestone in Hindi Film music. A lovely duet by Lata  Rafi and chorus.
Shankar was elder to Jaikishan but he always respected Jaikishan. Shankar was master of instruments. He would play at ease Harmonium, Sitar or Tabla and normally conducted orchestra irrespective of who composed the song. Shankar used to decide on the theme Raag for each movie well in advance. Most of the dance based and classical based tunes were by Shankar.  Jaikishan's forte was romantic and western tunes.SJ composed their best not only for Raj Kapoor home productions but also in all the movies in which Raj Kapoor had starred
Jaikishan was one of the most stylishly dressed, handsome personalities. His wardrobe was the best in the world. His personal letter to his wife Pallavi Jaikishen became the lyrics of another romantic evergreen song sung by Rafi Saab in Sangam. This song also was responsible for the breakup of the duo, as Jaikishen told the media for the first time, that the song was his own creation.
Jaikishan introduced the music of all countries in their compositions. From the  Jazz to Arabian music, from Rock to Indian classical and romantic as well as Ghazals. They were good in every type of song. Till then Bollywood  music was classical for the purists
70% of Shailendra songs were composed by Shankar. Similarly, most of the songs of Hasrat Jaipuri was composed by Jaikishen. Until the split, it is difficult to find out who composed what as they worked together as a team.
Jaikishan was also the best in giving Background Music. It was Jaikishan who used to work on background music of SJ movies as per their mutually agreed division of work, it may be an over-simplification to presume that therefore, whatever went in background scores was solely Jaikishan's creation. Since SJ had a common pool of tunes in their stock, made by either of them during their numerous music sessions/sittings (Riyaz), it was perfectly legitimate and natural for Jaikishan to have used tunes created by Shankar also wherever needed. This is also one of the reasons why he was able to finish this job in a few days' time. It is understood that in RK films, Shankar and Jaikishan both used to work on the background scores. On the other hand, both Shankar and Jaikishan were equally proficient in scoring western music based songs.
During their career, S-J won Filmfare Best Music Director Awards nine times. The last three awards were won in three successive years, thereby making S-J the first composers to score a hat-trick of these awards.
Jaikishan died in 1971 due to cirrhosis of liver, a disease caused by excessive consumption of alcohol. At the time of his death, the duo enjoyed an unparalleled popularity which was underlined by a massive turnout at his funeral procession.

Here are some of the great Romantic Songs of Shankar Jaikishan

Posted by /bolywoodfiles.blogspot.com at 09:11:00 No comments:

A Tribute To Jaikishan on his 46th Death anniversary 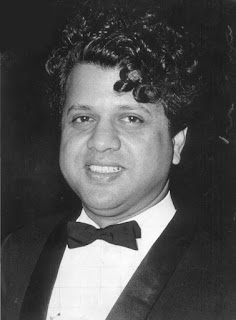 Jaikishan was the flamboyant, man-about-town who loved to dress in the best suits. He was the soul of the party and loved his scotch.On September 12, 1971, Jaikishan passed away due to cirrhosis of liver.He was only 42 years of age.In a short span of life he along with shankar was among the top Music Directors of Golden Era.The debonair musician actually wanted to be an actor, which was his prime motivation for moving to Mumbai. He started learning music under Vinayak Tambe and became a trained harmonium player.
Prithvi Theatre was searching for a harmonium player and Shankar took Jaikishan under his wings.Soon, both friends were providing music and even acting in plays produced by Prithvi. He along with Shankar started as Music Director with Raj Kapoor's Barsaat (1949)
Raj Kapoor may have introduced them but it’s wrong to credit him only for all their success. They shone even in non RK films like Daag, Basant Bahar,  Amrapali, Asli Naqli, Arzoo, Dil Ek Mandir, Junglee, Love in Tokyo, An Evening in Paris.
They didn’t just stick to established singers but made sure they found the right voice for the mood. For instance, they used an unknown Subir Sen for Dil mera ek aas ka panchi from Aas Ka Panchi (1960), Suman Kalyanpur for Dil ek mandir hai from Dil Ek Mandir (1963), Manna Dey for Yeh raat bheegi bheegi,  Chori Chori (1956), Asha Bhosle for Mud mudke na dekh from Shri 420 (1955), Mukesh (for Dilip Kumar) in Yeh mera diwanapan hai, Yahudi (1958) and made many more such off kilter choices.
Shankar-Jaikishan’s popular hits

Posted by /bolywoodfiles.blogspot.com at 13:21:00 No comments: