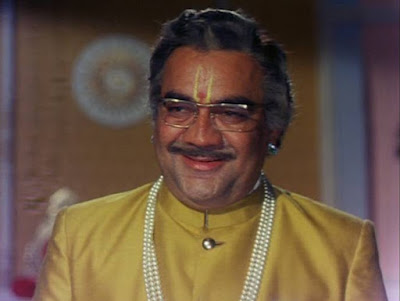 Premnath  was born on November 21, 1926 in a Punjabi family residing in Peshawar (situated in Pakistan after independence).His first Bollywood film 'Ajit' which was released in the year 1948 was also one of the first color films made in the Hindi film industry 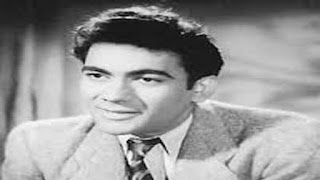 He tasted success with appearances in films like 'Aag' and 'Barsaat'.As an actor was more acceptable to his audiences in the supporting cast or in a villainous role as against the lead role in a Hindi film. In fact, films which portrayed Prem Nath as the lead negative character went on to make record business in the history of Bollywood box office and were declared super hits in India. 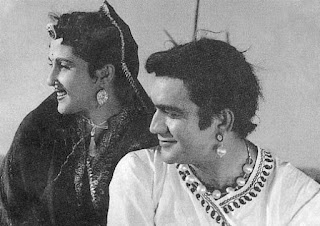 Prem Nath fell in love with Bollywood leading lady Bina Rai when he was shooting for the film 'Aurat'. The couple married after a brief courtship and together opened a production company P N Films.
Prem Nath and Bina Rai parented children Prem Krishen, who went on to become a Bollywood actor and Kailash Nath.His younger brother was comedian Rajendra nath,their sister was Raj Kapoor's wife Krishna.
He earned his first Filmfare nomination for best supporting actor for the film 'Shor ,though he was nominated for 'Bobby', 'Amir Garib' and 'Roti Kapda Aur Makaan.
Prem Nath's health condition deteriorated since his last Bollywood appearance 'Hum Dono' in 1985. He subsequently succumbed to a fatal heart attack in the year 1992. Prem Nath was 66 years of age at the time of death

A Rare Song from a film Raja Kaka 1973 ,Premnath Himself singing and acting

Posted by /bolywoodfiles.blogspot.com at 10:11:00 No comments: