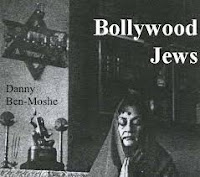 With the recent visit of Prime Minister Narendra Modi to Israel,the idea of Jewish contribution to Bollywood came in my mind. The Jewish contributed to Indian films in different ways: as actors – Sulochana, the first female superstar; Rose, a popular starlet; Pramila, the first Miss India; Nadira, the “quintessential vamp” who starred in several films of Raj Kapoor, writers (Joseph David Penkar, who was also a lyricist and playwright, wrote India’s first talkie, Alam Ara), publicist (Bunny Reuben).The person born on 50s,to 70s are familar with the Character artist David,Nadira and Sulochna
Jewish people's contribution in Indian cinema started from the era of silent films to the end of the 20th century. The Jewish were active in Bollywood during the period – the ’30s and the ’40s – when anti-Semitism was at its peak in other parts of the world.

When Indian cinema began, it was taboo for Hindu and Islamic women to appear on screen, so initially female roles were played by men, the Jewish community inIndia was more liberal and progressive and they were prepared to take these role[s]. The fact that they had lighter skin made them all the more suited for celluloid.Initially the cinema was silent so it was easy for the jewish ladies to play the female lead as the language was not a barrier to them.They coldn't speak Hindi or Urdu. 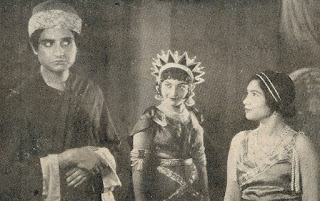 During the silent era, most of India’s film stars were Jewish. But barring a few, they could not continue with their successful careers once the talkies were introduced as they were incapable of delivering dialogues in Hindi because of their Anglicised upbringing.
While in the early days of Hollywood the Jewish influence was behind the camera, in India it was front-and-center onscreen, but there were some important exemptions to this. Foremost of these is the scriptwriter David Joseph Penkar, who wrote the first talkie in India cinema, “Alam Ara” in 1931 that established the template Indian film was to follow.

The first family of Indian Cinema: Romila, Pramila, and Rose 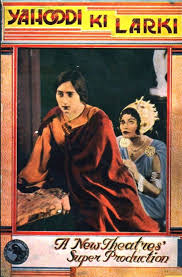 Romila  Despite the stigma attached to being an actress, Romila entered the film industry. She was discovered by the ‘Shakespeare of Urdu’, the Parsi Theatre playwright Agha Hashra Kashmiri, who was best known for his play Yahudi ki Ladki, which was later adapted to screen. Romila acted in many popular films like Our Darling Daughters, Rimjhim, Do Baaten, Sawan-Aya-Re, Cycle Wali, Chabuk Wali and Duniya Diwani. 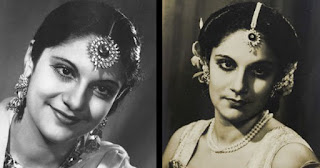 Ms. Pramila, Born Esther Victoria Abraham ,the first Miss  1947,was the sister of Romila. She entered the world of show business after leaving her conservative Jewish home in  at the age of 17. Her first job was to keep cinema audiences quiet during the 15 minutes it took to change the reel in the single projector of silent films. She made a name for herself in many films as an actress, stunt woman and 's first female producer. Pramila never shied away from controversy - her song CholiKiAndar caused a fervor with censors long before MadhuriDixit’sCholiKePeeche did.She married to an Indian Muslim with them they had a son who also acted in stage and TV,His name is Hyder Ali who was also seen in Nukkad the popular T V Serial. 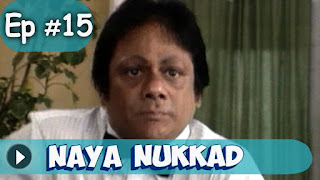 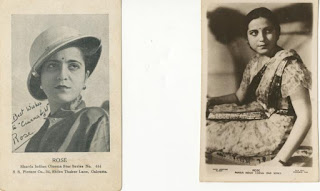 Rose Musleah was the cousin of Romila and Pramila.She was  as the ‘dancing actress’ of silent cinema whose movies dealt with conflicts between tradition and individual choice, the more popular of them being Kasauti, It’s True, and When Love Was Sin and Sin Was Virtue 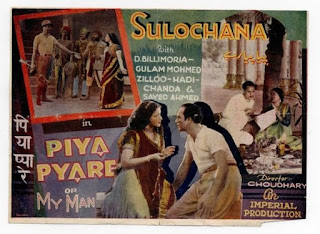 The first female superstar was the Jewish actress Sulochana (aka Ruby Myers), and she and other Jewish stars had a formative impact on the development of Indian cinema.In her heyday she was the highest paid actresses of her times, when she was pairing with, 'DinshawBillimoria' in 'Imperial Studios' films. In 1930, Sulochana made headlines when filmgoers saw her do a protracted kissing scene in the film “Hamara Hindustan." In mid 1930 she opened 'RubiPics', a film production House.
Among her popular films were Typist Girl (1926), Balidaan (1927) and Wildcat of Bombay (1927) where she essayed eight roles including a gardener, a policeman, a Hyderabadi gentleman, a street urchin, a banana seller and a European blonde!In 1953, she acted in her third Anarkali, but this time in a supporting role as Salim's mother. She received the Dada SahebPhalke Award in 1973 for her lifetime contribution to Indian cinema.She died in 1983.

Ramala Devi was born as Rachel Cohen. She is known for her work on Hit film Khazanchi (1941) where she appeared in the famous cycling song Saawan Ke Nazaare Hain. ,one of her famous movies was Hum Bhi Insaan Hain (1948) with Dev Anand and .Jhooti Kasmen (1948). And as was the fashion with famous film stars of the time, she endorsed Lux soap in the 1940s.

Indian actress Nadira, born: Florence Ezekiel. Nadira was born to a Baghdadi Jewish family. She was introduced to the film industry by Sardar Begum, wife of film director Mehboob Khan, in the film Aan.She did a bold scene in the movie. 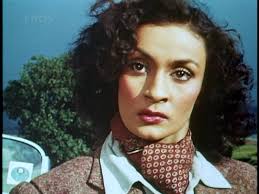 In 1955, she played a rich socialite named Maya in Shree 420. She played pivotal roles in a number of films such as "Dil Apna Aur Preet Parai", Hanste Zakhm, Amar Akbar Anthony and Pakeezah. She was often cast as a temptress or vamp, and played opposite the chaste heroines then favoured by the Bollywood film industry.She was well paid for her efforts and was one of the first Indian actresses to own a Rolls-Royce.She won a Filmfare Award for Best Supporting Actress, her role as Julie's mother Margaret, 'Maggie', in the 1975 film Julie. During the 1980s and 1990s, she entered a new phase of her career, playing elderly women as a supporting actress. Her last role was in the film Josh (2000).She died at the age of 73 at the Bhatia Hospital atTardeo, Mumbai,

Song from Boot Polish 1953
David Abraham Cheulkar (1908 - 1981), popularly known as David was a Jewish-Indian Hindi-language film actor, who started his film career with 1941 film NayaSansar and went on to act in over 110 films. He was a member of Mumbai's Bene  community.With the help of his close friend Mr. Nayampalli, a veteran character actor, he managed to land himself his first role in a movie. The movie was Zambo (1937) it was being produced and directed by Mohan Bhavnani .Beside Character actor   David is best known for his portrayal of "John Chacha" in the 1954 hit and Filmfare Award for Best Film winner and Palme d'Ornominee, Boot Polish, directed by Prakash Arora, for which he won the 1955 Filmfare Best Supporting Actor Award.The song "Nanhe Munne Bachche" from the film, picturized with him became a memorable song of that era.David was one of the best and the well-known anchor, compere and the host of the prominent award shows and other functions,He hosted many Filmfare Awards in the early years of Filmfare Awards.Some of his memorable films were  Anupama (1966),Ek Phool Do Maali (1969),Abhimaan (1973),Chupke Chupke (1975), Gol Maal (1979) and Khubsoorat (1980).He was awarded the Padma Shri award in 1969 by Government of India,He died on 28 December 1981 in Toronto, Ontario, Canada of a heart attack at the age of 73. 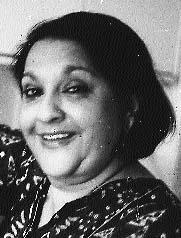 Pearl Padamsee was a distinguished actress of theatre and films.She was born the daughter of a Christian father and an Indian Jewish mother. She added a new dimension to Indian theatre in general and Mumbai in particular, and presented the audience with many a notable actor and play. Her Rise and Fall of Arturo Ui is considered a milestone in Indian theatre. She emerged as a prominent face of crossover cinema and worked in many national and international film projects, in both Hindi and English, in a film career spanning over four decades.Some of her prominent hindi films are   Khatta Meetha, Junoon (1978 film), Baaton Baaton Mein, Her daughter  Raell Padamsee, who runs her own theatre company in Mumbai. 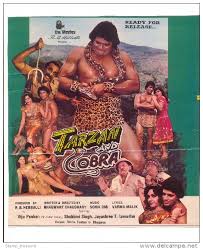 VijuPenkar, President, Maharashtra State Body-Building Association, tried a one time stint to get into show business.He made his debute in 1987 film TARZAN AND COBRA.He was also seen in Zulm Ki Hukumat (1992),Shatranj (1993),Waqt Hamara Hai (1993) and Mohra (1994) 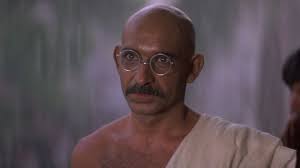 Ben Kingsley is one of the most honored actors in .He is half Jewish born to a jewish mother,He played the role of Gandhi in Richard Attenborough.s Gandhi.

Song from Gumnaam
DANCE DIRECTOR HERMAN, he worked on many films including the popular Chalti Ka Naam Gaadi. He also choreographed a great number of movies in the 60's featuring Shammi Kapoor starting from Dil Deke Dekho , Janwar , Teesri Manzil,.Brahmachari,and many more.Among his favorites is Jaan Pehechan Ho from the hit film Gumnaam,It was shot in a disco and features Laxmi Chhaya. The choreography was by Herman Benjamin. 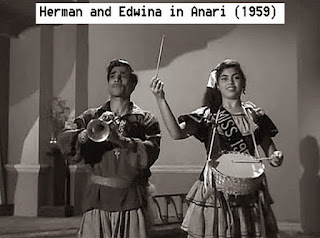 Beside Herman his brother who was popularly  known as Baba Herman in the Film Industry worked with his brother Hermanji. He worked in most of Hermanji's films as a lead dancer and later he too became a choreographer. Herman Benjamin passed away on 13th September 1968 early morning at 4 am and was just 37 years old. 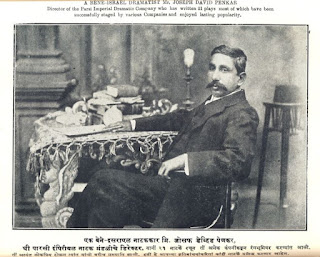 David Joseph Penkar  was a prolific playwright, screenwriter, director, and lyricist.He wrote the first talkie in India cinema, “Alam Ara” in 1931 He also wrote and directed in Gujarati, Hindi, Marathi, and Urdu while being fluent in Hebrew and English. Like many other members of the Bene Israel community, he lived in the cosmopolitan environment of Bombay without losing either his Jewish or Indian roots. 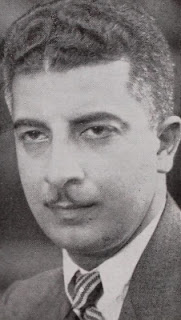 Ezra Mir was an Indian film-maker, known for his documentary films.His Jewish birth name was Edwyn Meyers. After working originally as a stage actor, he moved to New York in 1924 and started working in film, first as an actor and then later as an editor. During this period he also made his first short film, The Symbolesque (1929).

Returning to India, Mir began directing films based on Hindi theatre. He made his first full length film in this genre, Noorjehan, for the Imperial Film Company in 1931, and subsequently Zarina and other films for the Sagar Movietone. He made a number of films for Madan Theatre Studios in the 1930s, and his most well-known work, Rickshawala, was produced by Ranjit Movietone. He then set up his own studio, Everest Pictures, in 1939.
Mir was appointed Chief Producer of the Ministry of Information's Films Division in 1956; under his management, the Division was highly prolific, releasing newsreels at the rate of one per week as well as over 100 documentary films per year. He was awarded the Padma Shri in 1970.He died on 7 March 1993, in Mumbai. 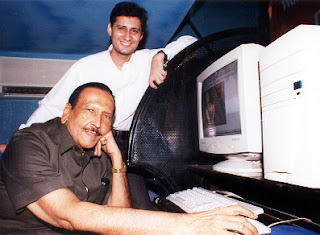 Bunny Rueben (1926-2007).One of the most prominent film-journalists,publicist, cine-personality-biographers and film-historians of India was a Bene Israel.He also produced a film and was the Director of Publicity to the most famous film-makers of India.He started his film-journalistic career in the 1940s with his contributions to the film-weekly Movie Times.He later joined India’s foremost film-magazine Filmfare, a publication of The Times of India Group.After that he joined Star & Style film Magazine.He rose to become its editor in 1969 and continued to work in that capacity until 1974. In 1975, Reuben became the founding-editor of the magazine Cine-Blitz, and within a year brought its circulation to 100,000, at par with other established magazines of the day.

In 1990, Reuben was honoured with the Twentieth Century Cine-goers Award for “excellence in film-journalism,” and in 1994 the Sahyog Foundation Award for the Best Film Journalist was conferred upon him.
Posted by /bolywoodfiles.blogspot.com at 10:39:00 No comments: