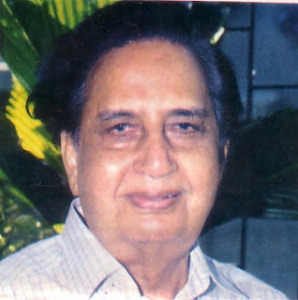 In my one of the earlier Blogs I wrote that Destiny play an important role in man's career.In the Film Industry also it plays its role.There are many instances when some one wants to become an Actor but he fails in that later he tries his hand in other field and he becomes successful in that area

Guru Dutt (Choreographer to Actor/Director), Ashok Kumar ( Lab Technician to Actor), Mehboob Khan ( Extra actor to Producer/Director), Shashi Kapoor Sr. ( actor to Professor of Maths in USA ), Ashraf Khan (actor/singer to Sufi Saint), Mukund Rai Trivedi (Music composer to Mine owner/Businessman) etc etc.
Uma Devi, who became a singing sensation overnight with her ” Dard “-1947 song ” Afsaana likh rahi hoon “, left singing and became a Comedy actress. What a turn of events to her Career! There are a few other cases like Amirbai Karnataki, who left acting to concentrate on singing, Singer Shyam who was forced to do only acting in later life as there were no song assignment for him and Sailesh Mukherjee, who became a hero in films-with a New name, Shrikant Gaurav- after leaving singing/composing.Subhash Ghai started his career as a Hero but he got Name and Fame as a Director.

Sardar Malik who was a trained dancer  under the famed Uday Shankar at his residential school at Almora. He was a gifted singer and started getting both singing and composing assignments. Seeing the rise of independent playback singers such as Rafi and Mukesh, he realised he could not match them, and confined himself to music direction, and came over to Bombay.  He and Mohan Sehgal started their careers as dancers. They were appointed as dance direc­tors by Nanabhai Bhatt for a film titled 40 Crore This assignment didn't help him further to get more work.He continued performing with Uday Shankar’s troupe and it was here that his singing was noticed by Ramesh Sehgal, a director who gave him a Break as Music Director in "Renuka" released in 1947 in this movie he also sang 4 songs.,the song  Sunti nahin hai duniya fariyaad kisiki. was liked  but even after that his career was not moving.He  tried his hand in composing music for few more films like Ren Basera,Raaz but his luck was not favoring him,the movies for which he was composing were either not running or getting shelved.

Though Sardar Malik has composed for not more than 30 films he is recognized for the quality of his work. It was he who could get Mukesh to sing most tunefully in Saranga. Mukesh always felt that in his rendering of a song his voice fell somewhere. Malik’s composi­tion Saranga teri yaad mein and all the numbers of Saranga are remembered for Mukesh’s beautiful rendering.

Saranga's songs were very popular and it remains Sardar Malik's best composition.In this movie the title song "saranga teri yaad Mein"is remembered for Mukesh but the same song was also sung by Mohammad Rafi,I am posting that version also.

Sardar Malik's career as Music composer ran for many years but he was not considered as a hit Music Director by the Industry.Later he started teaching music,in an interview he said that whatever he possesed like House all came from the earnings from teaching.
Sardar Malik was married to Kausar jehan who was a sister of famous lyricist Hasrat Jaipuri,he had three sons-Anu Malik,Abu Malik and Dabbu Malik.He passed away on 27th Jan 2006,he is no more with us but his compositions are still in our heart.
As my Tribute to this great Composer I am Posting rare songs by Sardar Malik