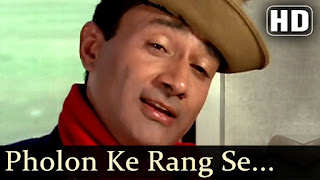 It is believed that Sangam 1964 was the first film shot in Foreign but on researching, I have found that Naaz(1954) was the first Bollywood film shot in Foreign Locations. The film starring Ashok Kumar and Nalini Jaywant. This movie was shot in England and Egypt.
In 1960, two films Bewqoof starring Kishore Kumar and Singapore starring Shammi Kapoor had songs picturized in Italy and Singapore.
There was another film "Hongkong" released in 1962 was shot in HongKong and Singapore. A couple of songs were picturized on Helen and Om Prakash. Yes, it is true it was Raj Kapoor's Sangam that popularized  Rome, Venice, Vatican, Switzerland.
In the 60s films like An Evening In Patis, Love In Tokyo, and Humsaya encouraged more producers and directors to shoot songs on foreign locations. Yash Chopra had a fascination for picturizing songs on foreign locations starting from the evergreen  'Dekha Ek Khwab....' song from his 1981 film 'Silsila' in the Netherlands, and his film 'Faasle' (1985), in Switzerland.
The video of Naaz 1954 film is not available so the first song of my this blog is from the film Bewqoof 1960 which was picturized on Kishore Kumar and Mala Sinha. The sing was picturized in Italy. This song was sung by Kishore Kumar and Asha Bhonsle, with one line in Manna Dey’s voice, slipped in.

Singapore (1960) was an Eagle Films Production movie. It was produced by F C Mehra and directed by Shakti Samanta. the movie had Shammi Kapoor, Padmini,A couple of songs were picturized in Singapore

Hongkong 1962. This film was produced by the actor Omprakash
The song is picturized on Helen where she is seen wooing Omprakash.on a beach in Singapore.

Sangam was the first film that was shot in Switzerland. the famous multi-lingual song in the voice of Vivian Lobo. The song is built from the lines ‘I Love You’ said in five different languages. English, Russian.German, and French. The song was picturized in the background when Raj Kapoor and Vijyantimala visit Europe after their marriage.

The success of Sangam and the craze of the Indian public to see the foreign locations encouraged Indian filmmakers to shoot or picturise songs..
Love in Tokyo was one of those rare Hindi films of the 60s that was set almost completely in Japan, and it had several songs that were shot outdoors.

“Around the world” (1967) was another film of the 69s, many songs were picturized in this film,this song Dunia Ki Sair Karlo was shot in the USA

An Evening In Paris is a 1967 film that revolves in the French capital city of Paris. The movie stars Shammi Kapoor, Sharmila Tagore The title song was picturized in Patis, Another song Akele Akele Kahan Ja Rahe Ho was shot in Switzerland.

In 1967 another film Aman was released which was shot in Japan. There was a song picturized on Rajendra Kumar and Saira Bano

The film ‘Spy In Rome’ was released in 1968, starring  Dev Kumar, Jaimala, Rajendra Nath, A couple of songs were picturized in the beautiful and historic city of Rome. We can see Dev Kumar and Jaimala strolling through the streets of Rome,
Song of Spy In Rome 1968

The 1970 film Prem Pujari was Dev Anand's first film as director, the song " Pholon Ke Rang Se" was shot in Switzerland.  Grimsel Hotel can be seen in Background.

In 1972 actor Feroz Khan turned into Producer, Director with the release of Apradh starring Mumtaz and himself. It was the first Hindi film introducing Formula One Car racing. This film was shot in Germany. A couple of songs were shot in Europe
.
Song of Apradh 1972

In 1974 Dharmatma was the second film of Feroz Khan as producer and director. This film was shot in Afganistan. This song was shot in  Bamyan Valley.

Posted by /bolywoodfiles.blogspot.com at 09:57:00 No comments: 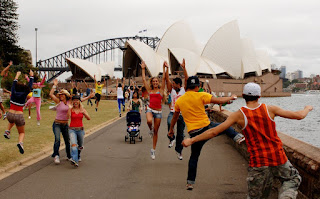 Posted by /bolywoodfiles.blogspot.com at 09:45:00 No comments: