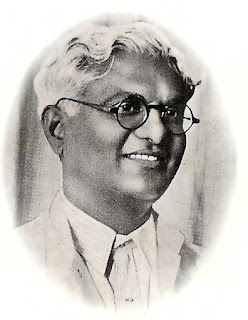 Chandulal Shah was born in 1898 in Jamnagar, Gujarat,he entered the film industry purely by chance.It was in 1925,  he was called by the Laxmi Film Company to direct a film Vimla (1925), as its director Manilal Joshi was bedridden.Before that while waiting to get a job he helped his brother, J. D. Shah, who was a writer for mythological films.
Shah not only directed the film but also went on to do two more pictures for the company, Panch Danda (1925) and Madhav Kam Kundala (1926) The first film independently directed by him at Kohinoor was Typist Girl (1926) starring Sulochana and Gohar which was made in 17 days. The film did extremely well at the box-office leading Shah to direct another five films for the studio all featuring Gohar. Of these, the most famous was Gunsundari (1927). 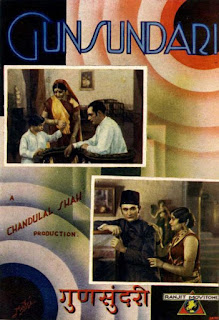 In 1929 Chandulal Shah founded Ranjit Studios at Bombay, Maharashtra. It produced films between 1929 and mid-1970s. The company began production of silent films in 1929 under the banner Ranjit Film Company and by 1932 had made 39 pictures, most of them social dramas. The company changed its name to Ranjit Movietone in 1932 and during the 1930s produced numerous successful talkies at the rate of about six a year. At this time, the studio employed around 300 actors, technicians and other employees.
Along with Bombay Talkies, New Theatres and The Prabhat Film Company, Chandulal Shah’s Shree Ranjit Movitone Company was one of the great institutions of the studio era. With stars like Gohar, E Billimoria, Madhuri, Motilal, Khurshid and KL Saigal on its payroll, the studio’s boast like MGM in Hollywood was, “There are more stars in Ranjit than in the heavens!” 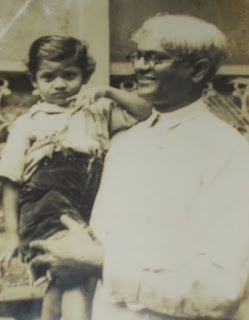 Chandulal Shah with his son

Besides filmmaking, Chandulal Shah also devoted a lot of time to the organizational work of the Indian Film Industry. Both the silver jubilee (1939) and the golden jubilee of the Indian film Industry (1963) were celebrated under his guidance. He was, in addition, the first president of The Film Federation of India, formed in 1951, and even led an Indian delegation to Hollywood the following year.
Shah's approach of producing films was a factory approach.This  enabled him to be the biggest producer in India in those times. During the 1930s he produced numerous successful talkies at the rate of about six a year.
The company brought an assembly line approach to their film-making. Mid-budget socials, satires and the stunt film were their cup of tea. Their films suggest the solid entrenchment of genres associated with the post World War II Hindi Cinema, ranging from films around Nirupa Roy’s mythological mother figure to those with Motilal and Saigal. Important films of the company include Sati Savitri (1932), Barrister’s Wife (1935), Achhut (1940), Tansen (1943), Moorti (1943) and Jogan (1950).
The last film of Ranjit Movietone was Meena Kumari-Rajendra Kumar starrer, Akeli Mat Jaiyo (1963), the last co-directed with Nandlal Jaswantlal, 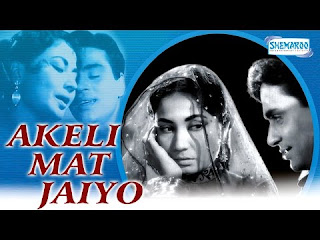 Unfortunately by the end of 50s the company was facing financial crisis.Their films were not doing well,in fact he tried unsuccessfully to achieve a comeback as a director with the Raj Kapoor-Nargis starrer, Papi (1953) after a gap of 13 years. 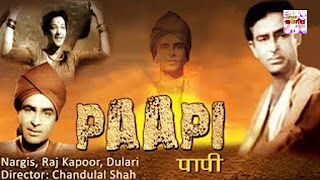 Shah had an addiction of Share Market and also of Races which  led to massive financial losses. Things came to a head when he was left with no option but to allow the takeover of his famous studio. In later years, he was reduced to traveling by Bombay’s public transport and finally died in Mumbai on November 25th, 1975 in poverty, a sad end to a truly great film pioneer of yesteryear.

Posted by /bolywoodfiles.blogspot.com at 12:06:00 No comments: