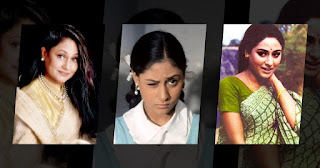 Jaya Bhaduri born on 9 April 1948, who appeared in nearly 50 films remains the Guddi forever. The film Guddi directed by Hrishikesh Mukharjee was her debut film released in 1971. Since then with every film, Jaya Bhaduri broke the mould and stood her ground as one of the finest actresses of her time.
With Guddi she created the girl-next-door image for her, which she was often associated with throughout the rest of her career. However, she did a glamorous role in Jawani Diwani in 1973 and a negative character of the heroine faking amnesia, in Anamika (1973). She was a favorite heroine of filmmakers like Hrishikesh Mukharjee, Gulzar and Basu Chatterjee. 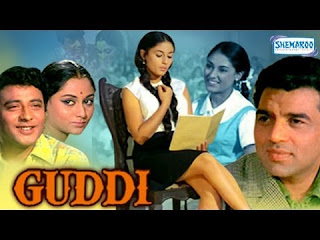 
Uphar (1971) was her next film. The film featured Jaya Bachchan as Mrinmayee (Minoo), who marries a lawyer Anoop (played by Swaroop Dutt). The film covered an innocent and immature love story of two people. The film adorned Jaya Bachchan with Filmfare Special Award. 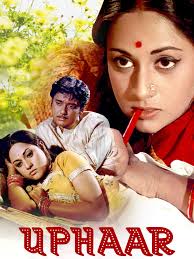 
Koshish (1972), It was a story based on the life of a deaf and mute couple, their conflicts, and their struggle to live in a normal society. She was nominated as the best actress at Filmfare awards. 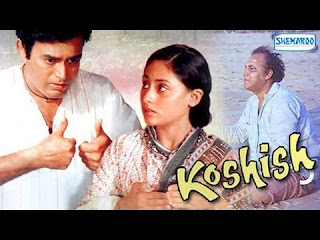 
Abhimaan (1973)  The film showcases Amitabh Bachchan as Subir, who is a struggling singer. He marries Uma (played by Jaya Bachchan), who is also a singer. The film concentrate on the ego clashes between the couple as Uma leads a way to success in her singing career, while Subir faces failure. 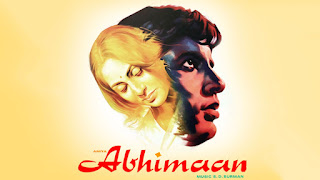 
Kora Kagaz (1974) Jaya Bachchan featured in Kora Kagaz which depicts a sad love story of two people, who meet each other while traveling on a bus. She gets another Filmfare Award for this film. 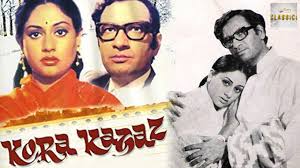 Mili is a 1975  romantic drama film directed by Hrishikesh Mukherjee. It starred Amitabh Bachchan, Jaya Bachchan and Ashok Kumar in lead roles. Jaya Bachchan received a Filmfare nomination as Best Actress, the only nomination for the film 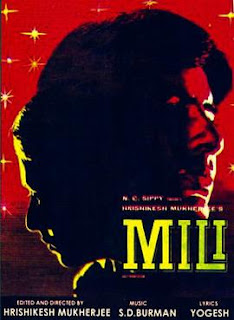 
Silsila (1981) Said to be the real-life portrayal of the then-scandalous Amitabh-Jaya-Rekha love triangle. It is considered as one of the iconic romantic movies of Bollywood 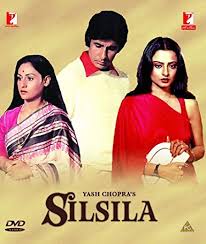 
She has appeared along with her actor husband Amitabh Bachchan in Zanjeer in 1973 and  Abhimaan, Chupke Chupke, Mili and Sholay in 1975 Following her marriage to actor Amitabh Bachchan she quit acting and gave birth to her children. It is believed that Amitabh Bachchan restricted to her continuing in the films and she returned to action in the 1981 film Silsila and later appeared in Govind Nihalani's Hazaar Chaurasi Ki Maa in 1998. Since then she appeared in a few more commercially successful films such as ‘ Fiza’ in 2000, Kabhi Khushi Kabhie Gham in 2001, Kal Ho Naa Ho in 2003 which were critically acclaimed films and she won several awards and nominations again.

Jaya Bhaduri has won eight Filmfare Awards including three for the Best Actress and the Best Supporting Actress. She was awarded the Filmfare Lifetime Achievement Award in the year 2007 In 1992 she was awarded the Padma Shri by the Government of India. Nominated five times for the Best Actress Award Won three International Film Academy Awards Has Won the Bengal Film Journalist Association Awards a special Award for her Debut film Guddi and Fiza. Has won the Anandalok Award for Special Editor’s Award Zee Cinema – Best Supporting Actress for the role in Fiza Sansui Viewer’s Choice Award for Best Supporting Actress for the film Kabhi Khushi Kabhi Gham.
Posted by /bolywoodfiles.blogspot.com at 13:31:00 No comments: