JAIDEV- A composer with the highest noumber of unreleased films. 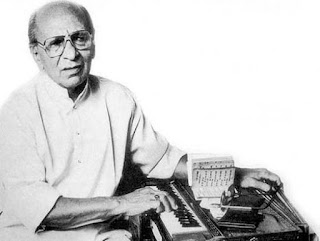 Jaidev is one of those unlucky composers, who, despite being a Genius and highly talented, did not get his dues in the industry.
He has a long list of Unreleased films, in which he had composed some gems.
The list of such films is as following-
1.Aatish (or Daulat ka nasha featuring Simi and Sohrab modi)
2.Azaadi pachhis baras ki
3.Shaadi kar lo (included songs by Parveen sultana)
4.Ek tha Chander,Ek thi Sudha (starring AB and Jaya)
5 Khunnas
6.Amar Jyoti
7.Footpath
8Annada Didi
9Shagun
10 Chandra Grahan
11Mulaqaat.
Humsafar
Libaas
Rajlakshmi
Vandana
Sameera

The Shelved Films Of Dev Anand 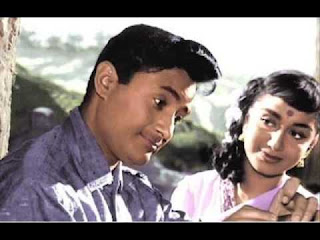 A film has a long, arduous journey before it finally hits the screens.Not all films complete their journey.Many films are announced in the hope that once a current project will be successful, the next will take off with the same team only to come to a crashing halt.because of unsuccessful of their previous project.
Dev Anand was one of the most salable star of his time even then many of his films were shelved or unreleased.There was a movie named "Kaafir"starring Dev Anand and Geeta Bali in the 50s but it was not completed after shooting 6 reels.The film was being directed by Chetan Anand .There was another film Saajan Ki Galiyan(1966) starring Dev Anand and Sadhana which was also not completed,

Very few know that Dev Anand wanted to make a sequel of Hare Rama Hare Krishna.He planned to return to Nepal to film a sequel and was scouting for a younger Zeenat Aman to carry forward Jasbir’s story of a girl swept by the Hippie culture. But the film never took off — on December 3 that year, Dev Anand died in a London hotel. 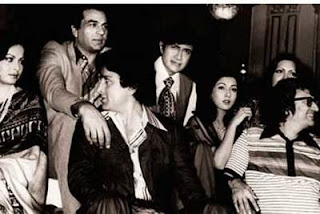 There was a multi starrer film Ek Do Teen Chaar launched on October 3, 1980 amidst a lot of fanfare at Mehboob studios.Salim-Javed wrote the script for this film
Though the film starring Dev Anand, Dharmendra, Shashi Kapoor, Rakhee, Hema Malini, Rishi Kapoor, Tina Munim, Parveen Babi and Amjad Khan, never saw the light of day,The film was being produced and directed by Vijay Anand.

There was a film anounced by Dev Anand in 1991 called Purana Paapi in which Amitabh Bachchan was working for the first time with Dev Anand.Amitabh couldn't work because doctors advised him for rest and the film was shelved.
There was another film Jana Na Dil Se Door It  was an unreleased movie of his brother, Vijay Anand on which he was working before he, Vijay Anand passed away after a massive heart attack.
There was a film Shrimanji (1968)  Dev anand was playing a guest appearance for the first time but this film also couldn't see the daylight. Kahin Aur Chal (1968)  a film directed by Vijay Anand was released but not in all territories
Mahesh Bhatt started a film "Ab Meri Bari"starring Dev Anand,Rekha Tina Munim and Rishi Kapoor. 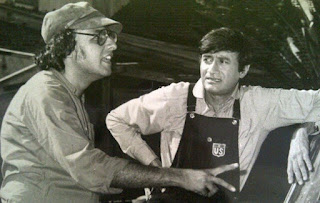 Vijay Anand wanted to make a film with Dev,Dilip and Raj Kapoor but it couldn't materialized.The movie got shelved due to ego and dates hassles

Posted by /bolywoodfiles.blogspot.com at 11:17:00 No comments: