The role of the Director in Song Composition 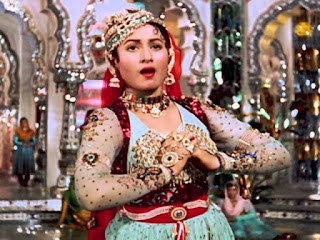 Songs are integral part of a Bollywood film.Generally a song is ready before a film being shot.It is the Director who has seen the film in his imagination.The Music director and Lyricist fully depend on the Director to tell them about the film and the situation of the song.what kind of music and lyrics he wants for the situation.This process has a lot of discussion with the Director,Composer and lyricist to prepare a song.This planning is called in film term"sitting".There may be many sittings between the director and composer,some Producers also take part in these sittings.
These sittings may continue for as long a year.It depends on the Director.Director Yash Chopra took one year to finalize the songs of Dil To Pagal Hai.For Mohabattein (2000) Aditya Chopra took 6 to 8 months for the songs composed by Jatin Lalit.In an interview somewhere the Producer Director Prakash Jha said for him it usually take 5 to 6 sittings for a song.
For the composer to create a song he and his Lyricist need Complete information from the Director about the situation and the character.The amount of details vary from Composer to composer.The great Music composer S D Burman used to get minor to minor details from the director of the film,once he understood the situation and prepared the song he will not allow the director for any change.It is said that his knowledge of the cinema was such that he used to advise the Producer and Director about the filming of the song.
As per Jatin Lalit the present day Directors Aditya Chopra and Karan Johar give immense detail for their song situation.After viewing the situation as per their director they start working on the song.There are many Directors who do not give sufficient information even they do not imagine about the song,director just relies on the composer and choreographers.As per Shravan of Nadeem Sharvan composer duo,being music composer,they have some visuals in their mind,so according the situation they create the music,.the director and producer shoot the song with slight modification.This is evident from Producer Director Anil Sharma,the Gadar  film fame said that he tells the story to his Music Composer tells about the situation,what he wants in the song.give him the example of certain songs,similar to that song you make for me.
I think the film music depends on the Director's attitude towards the music.There were many great  Directors who along with his Music composers gave us great music,many immortal songs.Many music directors admit that they were able to give better  work working with the particular director.Take the case of RK Banner,Navketan or Guru Dutt,they gave us many immortal songs.As far as picurisation of a song no one can beat Dev Anand or Raj Kapoor.Both of them had a knack of good music.
On the one hand the director inspires the music composer for great music,on the other hand many composers did not like interference by their Director.The great composers Naushad and S D Burman didn't want any interference once they heard the story and understood the situation.There used to be a rapport  with the Director or a banner with the composer resulted to hit music one after another.Most of the big Directors or banners had a fixed team of Music Directors and Singer.
In  the end I would  say that everything depends on the Director.That's the how good directors have extracted a good music even out of the less talented music composers.
Here is my list of Best Picturised Songs of Golden Era

Posted by /bolywoodfiles.blogspot.com at 14:18:00 No comments: