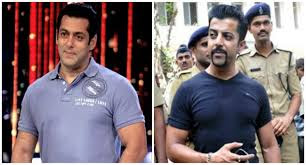 In Hindi cinema, the job of a lookalike is not just to look like the original,but also copy their mannerism and be experts at mimicry.They single- handedly fight lions, jump from one skyscraper to the other with ease or fight with the villain.These stunt doubles live in anonymity for years, while the stars garner all the praise. Similarly Body doubles are used for Heroines in case of Bold Scenes.In the film "7 Khoon Maaf"A particular scene required Priyanka to drop her top and expose her back. The audience was made to believe that they were ogling at PeeCee's bare back while in reality it was somebody else's. 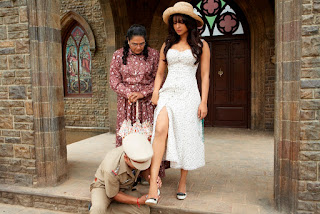 In 1974 a film 5 Rifles produced and directed by I. S. Johar was released,the USP of that film was that the film stars Rajesh Khanna's look-alike Rakesh Khanna, Shashi Kapoor's look-alike Shahi Kapoor to encash the popularity of those stars that time,These duplicates were the lead actors of that film. 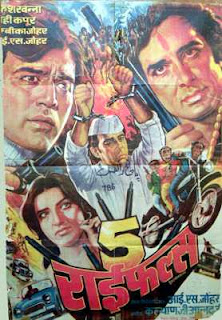 Another duplicate Kishore Bhanushali, who played Junior Dev Anand in Dil worked in many films because he did the mimicry of Dev Anand. 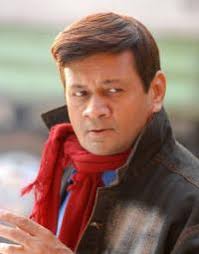 We all know that Pakeezah took over 14 years to complete, mainly because of the famously tumultuous relationship between Kamal and Meena Kumari.Her health was not well during the completion of the film.Her condition became so bad that during the filming of the grueling emotional mujraa “Teer-e Nazar,” Meena Kumari collapsed. A body double, none other than filmi vamp Padma Khanna, was recruited to replace her! Meena Kumari personally trained her for the scene, and the song was filmed with the majority of the dancing done with an opaque chunni hiding Padma’s face! 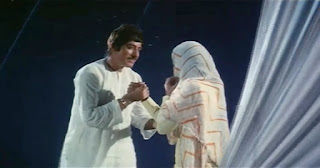 Wahid Lala who was a son of stone quarry labourer He was the first in his family to make a career off daredevilry. He started in 1951, worked in seven Bimal Roy and nine Jugal Kishore productions, was Pran’s body double, and loved smashing cars more than Rohit Shetty does,” he grins. “My most dangerous stunt was in Chakkar Pe Chakkar [1977] — a two-minute chase ending with my car flipping over 10 times.” 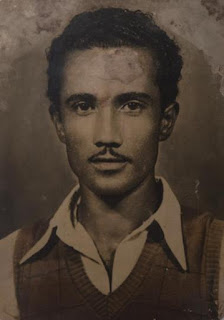 Manjit Singh-Over three decades ago, Manjit Singh, who worked with action director Veeru Devgan father of Ajay Devgan, found himself at a unique advantage. He bore resemblance to Bollywood's biggest icon Amitabh Bachchan. And simply by virtue of this fact alone, Manjit become hot property in Hindi cinema.Manjit also did stunts for many other actors between 1975 to 2000 but his entire identity came from the fact that he was Amitabh's double. One interesting fact that his son Amrit now works as Abhishek Bachchan's double 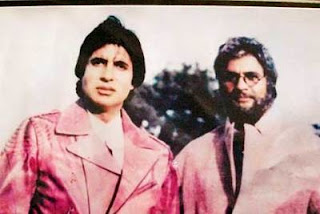 Afzal Khan- a third generation stuntie, who has been a double for Salman Khan (Ek Tha Tiger, Jai Ho, Bajrangi Bhaijaan, and  Prem Ratan Dhan Payo) and Aamir Khan (PK). His grandfather, the late Fazal Khan, was a tall, strapping Pathan employed as a watchman at a south Bombay theatre in the 1950s, when he was cast opposite Dara Singh and Dharmendra in fight sequences. Later,his eldest brother Usman  did stunts and acted as a double for Raj Kapoor in Dharam Karam (1975) and Mera Naam Joker (1970).He was also Rishi’s regular double — from Hum Kisise Kum Nahin (1977) till 2015 film All is well.Usman performed stunts in women’s clothing. For Mere Apne (1971), Usman, as Meena Kumari, was hit by a car. He also performed stunts for Sadhana and Reena Roy, in female dress. 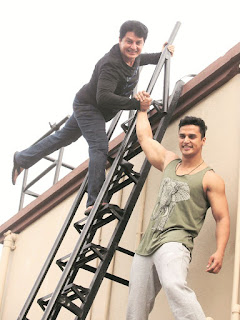 Mansoor Khan-started his career when he was only 17 in 2007.With the support of his maternal uncles Nishant Khan and Sattar Ahmad, both veterans in this field, Mansoor began to train as a stunt.He received the MSAA card after a year and today, the 27-year-old is recognised as one of the best in the industry. With his gym-toned body and curly hair, he has boeen a double for Hrithik Rshan in Agneepath (2012), Bang Bang! (2014) and  Mohenjo Daro. 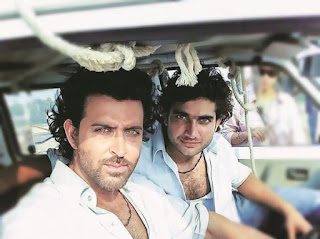 Geeta Tandon -This 31 years old claims to be the only stuntwoman to have successfully attempted car chases.Most women don’t like to perform stunts that involve long hours in the sun or getting dirty in the mud,” she says. “But I did it all. Recently, I did a car chase scene for Aishwarya Rai’s 'Jazbaa'. She has worked as a stunt double for many, including Parineeti Chopra, Kareena Kapoor, Alia Bhatt, and Deepika Padukone 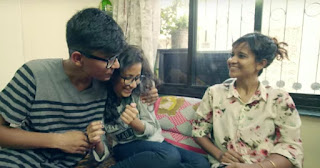 Geeta Tandon with her children

Sanobar Pardiwala is Another Stuntwoman who has done some brilliant stunts for top actresses like Aishwarya Rai, Kareena Kapoor, Priyanka Chopra and Katrina Kaif. 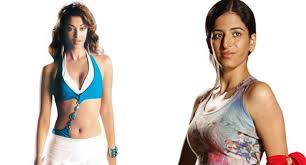 Posted by /bolywoodfiles.blogspot.com at 12:05:00 No comments: