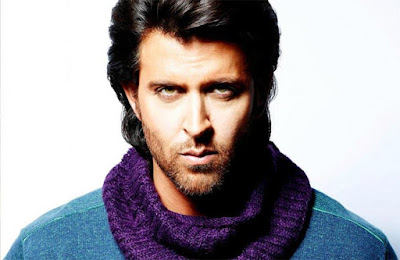 Born on 10th Jan 1974 in Mumbai,his father Rakesh Roshan was a film actor later turned to Producer ,Director,his Grand Father ROSHAN was a well known Music Director during the Golden Era of Bollywood. 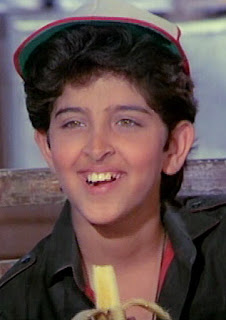 He made his acting debut as a child artist at the age of 6, in 1980, in a dance sequence for the film Aasha. Before making his Bollywood debut, he used to work as an assistant to his father Rakesh Roshan in films like Karan Arjun and Koyla, and even used to serve tea to the actors and swept the floors on the sets. 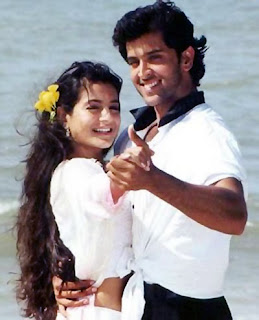 His first film as a Hero was Kaho Na Pyar Hai released in 2000 which made him a Super Star.Though Kaho Na Pyar Hai released first but he was signed earlier for FIZA and MISSION KASHMIR as a hero.
The 2003 science fiction film Koi... Mil Gaya marked a significant turning point in his career, earning him two Filmfare Awards—Best Actor and Best Actor (Critics), and he later appeared in its highly successful sequels: Krrish (2006) and Krrish 3 (2013). He went on to receive wide critical praise for his portrayal of a thief in the 2006 adventure film Dhoom 2, a Muslim Mughal emperor in the 2008 historical romance Jodhaa Akbar 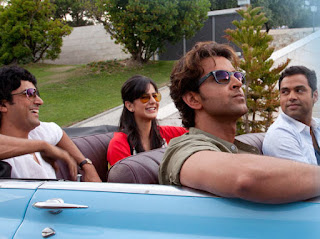 .Hritik's greatest commercial success came with the 2011 drama Zindagi Na Milegi Dobara, the 2012 revenge film Agneepath, the 2013 superhero film Krrish 3,
Hritik Roshan has become one of India's most high-profile celebrities, winning six Filmfare Awards and  has established himself as one of the highest-paid actors in India.His last film  Mohenjo-daro  was a flop. 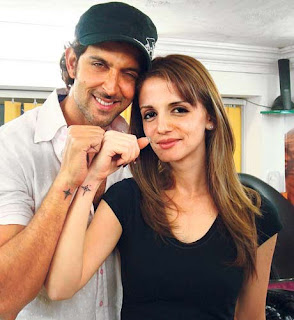 In October 2000, Roshan married Sussanne Khan in a private ceremony in Bangalore.The couple has two sons, Hrehaan (born in 2006) and Hridhaan (born in 2008).[125][126] They separated in December 2013 and their divorce was finalised in November 2014,
His looks and figure have established him as a sex symbol and a style icon in India.He ranked fourth in Filmfare Power List in 2007.In a 2009 poll conducted by Daily News and Analysis Roshan was voted one of India's most popular icons.He topped The Times of India's listing of "50 Most Desirable Men" in 2010 and ranked among the top five for the following five years. 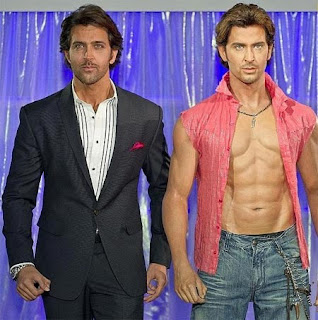 A life-size wax figure of him was installed at London's Madame Tussauds museum in January 2011, making him the fifth Indian actor to have been replicated as a wax statue in the museum. Additional versions of the statue were installed at Madame Tussauds' museums in New York, Washington and other cities in the world. Roshan regularly features in the magazine Eastern Eye's listing of the "50 Sexiest Asian Men".
His signature dance moves in KHNP’s Ek pal ka jeena became a nationwide craze but the first song he shot for the film was Pyaar Ki Kashti, again, choreographed by Farah Khan.

Posted by /bolywoodfiles.blogspot.com at 11:23:00 No comments: