50 Years of A memorable film DASTAK 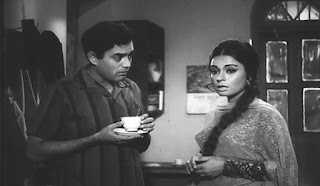 Released in 1970, Dastak is a celluloid adaptation of the Urdu play by Rajendra Singh Bedi, Naql-e-Makani  he penned during his All India Radio stint in pre-Independence Lahore and chronicles a blameless married couple’s humiliation and horror over ugly prejudices.
The film is known for its performances by its leading cast, Sanjeev Kumar, and the newcomer, Rehana Sultan, and for its memorable songs by Madan Mohan. A MUST WATCH film.

The film was known for its unusual storyline set in a red light area. A newlywed couple, Hamid (Sanjeev Kumar) and Salma (Rehana Sultan), unwittingly rent a flat, and thus begins their daily turmoil at the knocks (dastak) on their door. The previous occupant was Shamshad Begum (Shakeela), a famous Mujrewali (nautch girl). 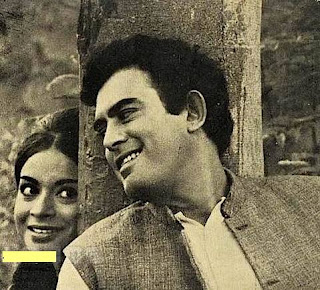 The music of Dastak stood out for its allegiance to the classical traditions of raga-based melodies by its music director Madan Mohan, who managed to get from Lata Mangeshkar, ostensibly her best performance as a playback singer.
Madan Mohan won his first National Film Award for it and the lyrics of Majrooh Sultanpuri. Hrishikesh Mukherjee, the famous film director-turned-editor of this black-and-white film and won a Filmfare Award, his second after Madhumati in 1958.
Song of Dastak 1970

The New Wave Cinema or Parallel Cinema of Bollywood

Mrinal Sen is considered to be a pioneer of the new genre called ‘ New wave’ Cinema . In the late 60s soon after the release of his BHUVAN SHOME (1969)with the success of the film this genre took the birth in Hindi Cinema.Some critics are of the view that Shyam Benegal’s ANKUR (1974) was the real path – breaker and that Benegal was the pioneer of the New Wave genre. 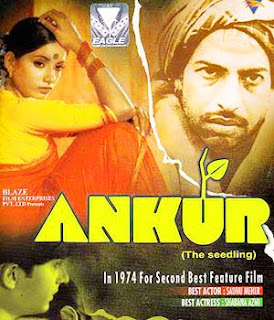 Both Mrinal Sen and Shyam Benegal inspired many young film makers of the 1970s and 1980s, particularly graduates of the FTII, Pune . There were admirers and detractors for the new cinema.There is no doubt that these movies opened a new chapter in the history of movies in India. A totally new generation of film makers emerged. They used new techniques and evolved a new cinematic language, which was sometimes called idiosyncratic.
Without imitating the techniques of commercially successful movies which are usually mixtures of rapid action , maudlin drama , violence , erotic dancing and singing a parallel cinema also flourished side by side. 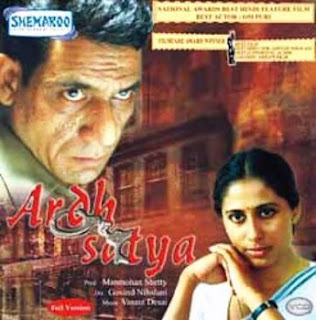 Many of these movies were not ‘ hits’ at the box office but they earned the respect and admiration of National and International film – makers and critics . Big names include Govind Nihalani , Ketan Mehta , Mani Kaul , Kumar Shahni , Sayeed Mirza , Adoor Gopalkrishnan , G. Aravindan , John Abraham , Nirad Mahapatra and Girish Kasaravalli . All of them pioneered a new path in film making. All their films differed from the ones generally ‘manufactured’ in the ‘masala’ or ‘ fixed formula’ mould . Since these movies were not produced fixed formula’ mold .

In the 1970s, there was also the parallel cinema, with directors like Hrishikesh Mukherjee and Basu Chatterjee and Gulzar and later, Sai Paranjpye. Their films had songs and dances and sentiment and appealed to the middle class.Their films were commercially successful.By the mid 70s Action films making big success for few years this type of cinema struggled
Today with the emergence of Multiplexes this type of cinema got a new life.Young directors like Nagesh Kukunoor (Hyderabad Blues, Bollywood Calling and Iqbal), Sudhir Mishra ( Hzaron Khawaishen Aisi ) and Anurag Kashyap (Black Friday) have been able to make a mark thanks to the multiplex phenomenon . Small low budget films like Being Cyrus, Mixed Doubles, Joggers Park and other feature films were released in such theatres..
Subjects like Constipation(Piku),Homosexuality, old age (Being Cyrus), HIV-Aids (My Brother Nikhil), live-in-relationships (Salaam-Namaste), communication with the physically and mentally challenged (Black, Iqbal ) sperm donation(Vickey Donor) are now very well accepted.We can see many more films on new subjects.

Posted by /bolywoodfiles.blogspot.com at 10:25:00 No comments: