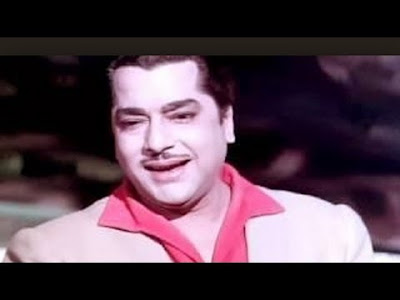 Born to orthodox brahmin parents on  4th January 1925 in West Bengal, Pradeep bided his time till he was 17 years old before he announced his decision to pursue an acting career. Despite his father's disapproval, Pradeep began acting on stage.He made his debut from  a Bengali film, Alaknanda (1947).
Pradeep Kumr moved to Mumbai and found a job in the bustling Filmistan Studio. He brushed up on his Hindi and learnt Urdu in a bid to make an impression in his first Hindi film, Anand Math(1952). 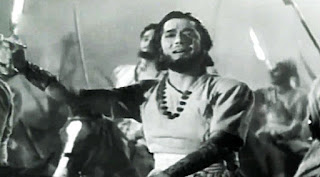 His career escalated to the top with two hugely successful musical hits -- the Bina Rai-starrer Anarkali (1953) and the Vyjayanthimala-starrer Nagin (1954).
Pradeep Kumar's regal demeanour won him legions of fans. He went on a signing spree (in 1956, he had 10 releases) and inked deals with V Shantaram (Subah Ka Tara) and Raj Kapoor (Jagte Raho). 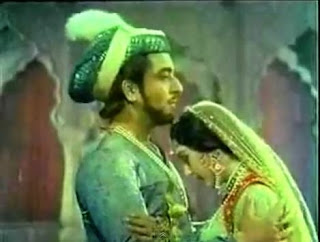 He worked with all the heroines of that Era like  Nimmi (Jayshree), Nargis (Adalat), Nutan (Heer), Meena Kumari (Bandhan) but his pairing with Bina rai  seemed to have stilled the wings of time. This teaming salvaged Pradeep's career from the late-1950s dip, first with Ghunghat (1960) and more decisively with Taj Mahal (1963). Even a decade afterAnarkali, Pradeep could evoke a regal aura while playing love-struck Mughal royalty. Roshan's dulcet duet, Paon chhu lene do toh and Jo vaada kiya from Taj Mahal, like an unforgettable promise, continue to haunt radio listeners even today.
In 1962 his film Aarti with Meena Kumari was a super hit. Aarti's success ensured that Pradeep and Meena worked unceasingly in a series of films. Pradeep once said, "Meena and I made a fine pair and worked very well together, but her husband did not like our friendship."
Two of them worked together in some of the memorable films, Chitralekha (1964),Bheegi Raat(1965),Bahu Begum(1966) and Noorjehan(1967).
In 1969, Pradeep saw a glimpse of success once again withSambandh, albeit in a character role.
He lived a life removed from the spotlight for the next 18 years and died a quiet death on October 27, 2001, at the age of 76.