A Tribute to M S Subbulakshmi on her 101st Birth Anniversary 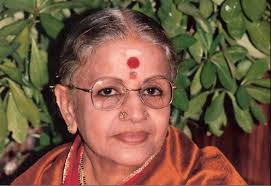 M S Subbulakshmi  was the first musician ever to be awarded the Bharat Ratna, India's highest civilian honour.She  was born on September 16, 1916 in Madurai, Born into a community of devadasis (women who danced and sang with devotion in temples), she was surrounded by music, from her violinist grandmother to her veena playing mother She started learning Carnatic music at an early age and trained in Carnatic music under the tutelage of Semmangudi Srinivasa Iyer and subsequently in Hindustani music under Pandit Narayanrao Vyas.
Apart from her mother tongue Kannada, M.S Subbulakshmi sang in Tamil, Malayalam, Telugu, Hindi, Sanskrit, Bengali, Gujarati, etc.She also did her stint as an actress and one of the most memorable films was Bhakta Meera (1945). The Hindi version of Meera was released in 1947. The versatile singer sang all famous Meera bhajans in her melodious voice and these bhajans are enjoyed by people even today. She attained much acclaim and success in films, but that did not appeal to her. She quit films after some time and continued to give public performances and concerts. 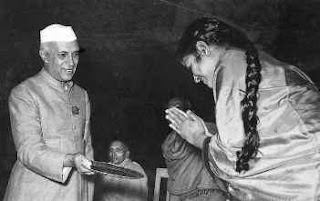 She was applauded by not just Indians, but foreigners as well. The way she sang, her devotion, her tone, her pitch, her perfect pronunciation is inimitable and flawless.People who did not even understand the language she was singing in said that she is a divine manifestation. Her fan list included Mahatma Gandhi, Jawaharlal Nehru, among other elite people. Mahatma Gandhi commented that he would rather hear Subbulakshmi speak the songs rather than hear someone else sing it. 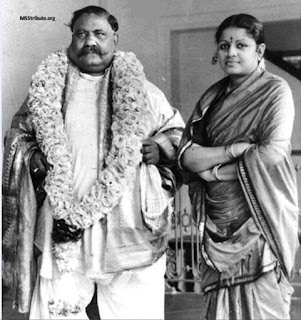 The decade of 1960 was important to Subbulakshmi in terms of her career in Carnatic music. She not just took the music overseas but performed at significant musical festivals including Edinburg International Festival of Music and Drama in 1963 and at the Carnegie Hall in New York at the United Nations General Assembly in 1966. She ended the decade by singing several songs in front of each idol in the Rameshwaram temple in 1969,
In the decade of 1980s, Subbulakshmi carried the legacy of Carnatic music forward by performing at the Royal Albert Hall in London in 1982 and Festival of India in Moscow in 1987.After her husband’s death in 1997, she stopped giving public performances.
Subbalakshmi died on 11th December 2004, leaving behind her large repertoire of classical, bhajan and film recordings. 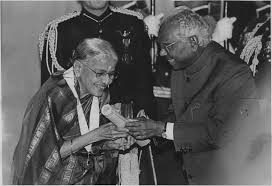 Posted by /bolywoodfiles.blogspot.com at 16:52:00 No comments: 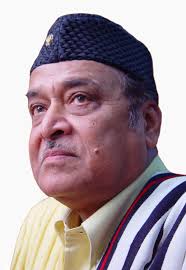 Dr. Bhupen Hazarika( born on 8 September 1926) was an Indian lyricist, musician, singer, poet and film-maker from Assam, widely known as Sudhakantha. His songs, written and sung mainly in the Assamese language by himself, are marked by humanity and universal brotherhood and have been translated and sung in many languages, The eldest of ten children, Bhupen Hazarika (as also his siblings) was exposed to the musical influence of his mother, who exposed him to lullabies and traditional Music of Assam
Soon after completing his education, he became a teacher at the Gauhati University.But after a few years, he left the job and went to Kolkata where he established himself as a successful music director and singer. Hazarika made several award winning Assamese films such as Shakuntala, Pratidhwani, etc. and composed evergreen music for many Assamese films. He was also considered as a new trend setter in Bengali music.

He was introduced to Kalpana Lajmi in the early 1970s by her maternal uncle and Bollywood film director Guru Dutt. Her first feature film Ek Pal with music score by Dr Bhupen Hazarika was produced by Dr Hazarika's childhood friend and India's top tea planter Hemendra Prasad Barooah.After that he made  Rudaali (1993),he also gave the music in that film.

As a singer, Hazarika was known for his baritone voice and diction; as a lyricist, he was known for poetic compositions and parables which touched on themes ranging from romance to social and political commentary; and as a composer, for his use of folk music.

He was given Dada Saheb Phalke Award in 1992 and Padma Bhushan in 2001.He died of multi-organ failure on 5 November 2011
A postage stamp, bearing his face, was released by India Post to honour him on 3 May 2013.

Posted by /bolywoodfiles.blogspot.com at 12:34:00 No comments: