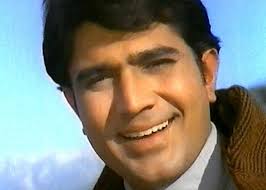 Rajesh Khanna  made his debut in 1966 with Aakhri Khat. Through his career he appeared in more than 170 feature films.He was a Super Star,his film Aradhna(1969) gave him this position,he gave 15 hit films in a row from 1969 to 1971.The films were Aaradhna, Do Raaste, Bandhan, Doli, Khamoshi, Ittefaq, Safar, Kati Patang, The Train, Sachaa Jhutha, Aan Milo Sajna, Mehboob Ki Mehndi, Dushmun, Andaaz and Anand. In 1971, he acted in Haathi Mere Saathi, which became that year's highest grossing film and also the biggest grosser In the year 1972, Khanna acted 11 releases, including a guest appearance in Telugu movie called Bangaru Babu directed by V.B. Rajendra Prasad. His Hindi films Dushman,Amar Prem,Apna Desh and Mere Jeevan Saathi, together earned more than Rs.5 crore.


Rajesh Khanna's real name was Jatin.He  was adopted and raised by Chunni Lal Khanna and Leela Wati Khanna, who were relatives of his biological parents.His adoptive parents belonged to a family of railway contractors who had moved from Lahore to Bombay in 1935.He attended St. Sebastian’s Goan High School with his friend Ravi Kapoor, who later took the Film name Jeetendra.
Rajesh Khanna did his first two years of Bachelor of Arts in Nowrosjee Wadia College in Pune from 1959 to 1961.He later studied in K. C. College,Bombay.He had interest in theatre, did a lot of stage and theatre plays in his school and college days, and won many prizes in inter-college drama competitions.
After his studies he wanted to become a hero in films.Those days an All India Talent Contest used to be organised by United Producers and Filmfare.These United Producers were BR Chopra, Bimal Roy, GP Sippy, HS Rawail, Nasir Husain, J. Om Prakash, Mohan Saigal, Shakti Samanta and Subodh Mukherji and more,they were the leading Producers and Directors of that time.Rajesh Khanna was one of the eight finalists in the 1965 All India Talent Contest organised by United Producers and Filmfare from more than ten thousand contestants.He won that contest,that made his presence felt in the Industry.G.P. Sippy and Nasir Hussain were the first to sign Rajesh Khanna after he won the contest.


Though "Aakhri Khat" Produced and Directed by Chetan Anand was his first film, his first break as a leading actor was in Ravindra Dave's, "Raaz" in 1967.Being under contract with United Producers, he got projects like Aurat, Doli and Ittefaq. He was then noticed for his performances in films like Baharon Ke Sapne, Aurat (1967),Through Aradhana he rose to "instant national fame" and film critics referred to him as the first superstar of India.


During the peak of his career he would be mobbed during public appearances. Fans kissed his car, which would be covered with lipstick marks, and lined the road, cheering and chanting his name. Female fans sent him letters written in their blood.


Hrishikesh Mukherjee’s Anand to be Khanna’s most memorable film and character. The terminally ill Anand Sehgal’s kinship with the sober and reticent Babu Moshai (Amitabh Bachchan) was modeled on director Hrishikesh Mukherjee’s friendship with Raj Kapoor. Anand’s role was first offered to Kapoor, then Kishore Kumar and Shashi Kapoor. In hindsight it’s inconceivable to imagine anyone but Rajesh Khanna as Anand.


He was at Peak from 1970 t0 1974,soon he was replaced by Amitabh Bachhan who became the No one hero after Zanzeer.


Music remained one of the biggest attractions of all Rajesh Khanna films throughout his career. Many of the musical scores for Khanna's films were composed by Laxmikant-Pyarelal Sachin Dev Burman and R. D. Burman. The trio of Rajesh Khanna, Kishore Kumar and R.D. Burman went on to make a number of popular films.


He fell in love with Dimple Kapadia, who was only 16 years old at the time, 15 years younger to him, and they got married after a whirlwind romance in 1973. The marriage lasted 11 years.Twinkle Khanna is his daughter,other daughter Rinkie Khanna also tried her luck in films but couldn't succeed ultimately she married and settled down in Delhi.
Rajesh khanna entered into politics,he joined Congress and became M P(1991-1996) from New Delhi seat,he defeated Shatrughan Sinha (BJP).He was braught in to politics by Rajiv Gandhi in 1984 when he campained for Congress.Amitabh Bachhan also entered in Politics the same year and was elected from Allahabad defeating H N Bahuguna.


After 1992, he appeared in only 10 films and declined most film offers. He made a comeback as a NRI in Aa Ab Laut Chalen (1999), and Kyaa Dil Ne Kahaa (2002) and played the solo lead in films Sautela Bhai in 1996, Pyar Zindagi Hai in 2001, Kaash Mere Hote in 2009, Wafaa in 2008 and Riyasaat in 2013.
He died at his residence in suburban Bandra after battling ill health for past four months. He was 69.
He won three Filmfare Best Actor Awards, one Filmfare Special Guest Actor Award in 1973, and received a Filmfare Special Award in 1991, after 25 years in the Hindi film industry. He received the Filmfare Life Time Achievement Award at the 50th anniversary Filmfare award ceremony in 2005.
Posted by /bolywoodfiles.blogspot.com at 11:16:00 No comments: Links to this post 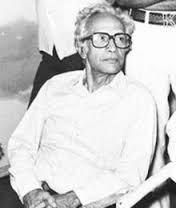 Born on 3rd January 1921 and died on the night of 6th July1997,Chetan Anand was the eldest of three Anand Brothers.

He was from a well to do family,his father Pishori lal Anand was an established Advocate.He was English Graduate from Government college Lahore.
In the early 1940s, while he was teaching History, he wrote a film script on king Ashoka, which he went on to show to director Phani Majumdar in Mumbai. Anand failed to qualify for the Indian Civil Service (ICS) exams in London. As luck would have it, Phani Majumdar cast him as a lead in his Hindi film, Rajkumar, released in 1944,Nargis being the co star. He also became associated with Indian People's Theatre Association (IPTA) in Mumbai

His first venture as a director was a milestone for the industry. Neecha Nagar, shorn of songs and dances, was a realis tic take on the freedom move ment which won the prestigious Palme d'Or (best film) at Cannes in 1946. His success and en couragement drew his younger brother Dev into the world of cinema. After the latter established himself with a few hits, the duo set up Navketan.This film gave the break to Kamini Kaushal and also to Pt Ravi Shankar as Music Composer.His wife UMA ANAND was also in this movie.

By the early 1950s, he and his younger brother Dev Anand had set up Navketan Productions in Mumbai. Afsar, starring Dev Anand and Suraiya, was the first film made by Navketan, which turned out to be a moderate success. It was followed by Andhiyan and Taxi Driver both of which he directed for the Navketan banner.

Funtoosh is a 1956 Bollywood film directed by Chetan Anand. The film stars Dev Anand, Sheila Ramani and K.N. Singh. It was the 9th highest grossing film of 1956, and was declared "above average"
In 1963 Chetan Anand Directed the movie Kinare Kinare for Producer Nyaya Sharma who co scripted,he acted in this movie while the lead pair were Dev Anand and Meena Kumari.Jaidev gave the Music.
In 1964 he started his own Banner"Himalaya Films and the first movie was" HAQEEKAT"which  was based on the India-China Border Conflict of 1962. Shot on actual locations, Chetan told the tale of patriotism and bravery with grit and realism. It had Balraj Sahni and Dharmendra supported by Priya Rajvansh, Vijay Anand . Chetan dedicated this movie to Pt. Jawaharlal Nehru and produced it under the banner of the Himalayan Films
.
Next film under this banner was Aakhri Khat which was written and directed by Chetan Anand.The music of the film was byKhayyam and lyrics by Kaifi Azmi; it includes the song "Baharon Mera Jeevan Bhi Sanwaro", sung by Lata Mangeshkar. The film was given 5 stars in Bollywood Guide Collections.Super Star Rajesh Khanna was given a break in this movie. The film was selected as the Indian entry for the Best Foreign Language Film at the 40th Academy Awards in 1967, but was not accepted as a nominee.

Chetan Anand’s "Heer Ranjha" remains the quintessential interpretation of Waris Shah’s Heer. Screenplay written by Kaifi Azmi, the film is delivered in poetical verse, making it one of the most unique and original pieces of work to come out of Hindi cinema.
His wife Uma was his collaborator working on his scripts and productions but regretfully they parted company. He developed a life-long relationship with attractive actor Priya Rajvansh, the heroine of ‘Haqeeqat,’ ‘Heer Ranjha,’ ‘Hindustan Ki Kasam’ and ‘Hanste Zakham.’
After a distinguished career in Hindi cinema, to which he gave a different direction, Chetan Anand passed away in 1997 during his 82nd year.

Posted by /bolywoodfiles.blogspot.com at 12:44:00 No comments: Links to this post