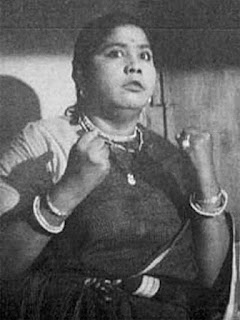 She arrived in Bombay (Mumbai) at the age of 23(Born on 11th July 1923), having run away from home, and knocked on composer Naushad Ali's door. She told him that she could sing and that she would throw herself in the ocean if he didn't give her a chance. He auditioned her, and hired her on the spot. She made her debut as a solo playback singer in Nazir's Wamiq Azra (1946).
With the song  "Afsana Likh Rahi Hoon Dil-e-Beqarar Ka" she became popular and became household name.In fact, a gentleman from Delhi was so mesmerized  by her song "Afsana Likh Rahi Hoon", that he stayed with her in Bombay. They got married, and the couple had two daughters and two sons; her husband, whom she called Mohan, died in 1992.
The success of Dard meant that she next received Mehboob Khan's Anokhi Ada (1948), which again had two hit numbers, "Kahe Jiya Dole" and "Dil Ko Lagake Humne Kuch Bhi Na Paya". This brought her into the league of highly rated playback singers.She reached her peak as a vocalist in director S.S. Vasan's Chandralekha (1948) made by Gemini Studios, Chennai. Her seven songs, which include hits such as "Saanjh Ki Bela" remain her most accomplished work in her singing career, though signing for the film also meant a breach of contract with producer-director Kardar, which led to her dwindling fortunes in the industry
.Uma's career as a singer was short-lived. New singers entered the industry. It was impossible to keep pace with Lata Mangeshkar and Asha Bhosle. "Rakhi"-brother Naushad used to compose songs to suit her range. But that could not have continued for long. 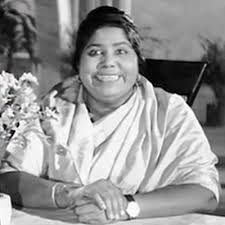 It was Naushad who encouraged her to start acting because he felt that  she had a very bubbly personality and wonderful comic timing.He also knew that she was a great fan of Dilip Kumar he in fact asked Dilip Kumar to cast her in one of his films, and she appeared in Babul (1950) with him, which had Nargis as the lead actress; it is he who renamed her "Tun Tun" to suit her comic persona,the name stayed with her, and a comedic legend was born.
She had a fan in Guru Dutt and acted in almost all his films. Her favourite role too was from Guru Dutt's Mr and Mrs 55 in which she played a Christian lady.She acted in nearly 200 films.She died on 23 November 2003 in Andheri, Mumbai, after a prolonged illness at the age of 80 and is survived by her four children and four grandchildren.
In her career spanning five decades, she acted in Hindi/Urdu and other languages like Punjabi etc., pairing with top comedy actors of her times such as Bhagwan Dada, Agha, Sunder, Mukri, Dhumal, Johnny Walker and Keshto Mukherjee. She was last seen in Hindi films in Kasam Dhande Ki (1990).
Owing to her popularity, the name Tun Tun has become synonymous with fat women in India. 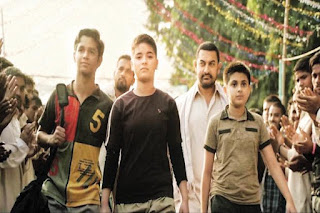 Hindi film industry  is the world’s largest film industry. This industry has a remarkably rich history of producing a variety of movies, showcasing different spheres of Indian life.There has been a changing trend in the representation of Indian films through the years. The way movies were made in the 1950s is completely different from the way it is done in the twenty first century.
Today I read somewhere that the film  Dangal released in Dec 2016 has crossed 1000 crores only in China.Our films are being watched not only by NRIs but also by the natives of other countries. The changing patterns in movies are basically a result of the changing mindsets of the audience as well the bid to attract international audience who have different perspective than the ones for whom movies were made in the 1950s. 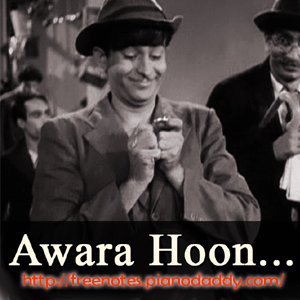 The 1950s and 1960s are considered to be the golden age in the history of the Indian cinema and saw the rise of some memorable actors like Guru Dutt, Raj Kapoor, Dilip Kumar, Meena Kumari, Madhubala, Nargis, Nutan, Dev Anand, Waheeda Rehman, among others.It was Raj Kapoor who introduced Bollywood cinema to international audience.
The 1970s and 80s saw the advent of Masala movies in Bollywood. The audiences were captivated and mesmerised by the aura of actors like Amitabh Bachchan, Rajesh Khanna, Dharmendra, Sanjeev Kumar, Hema Malini, and many others. 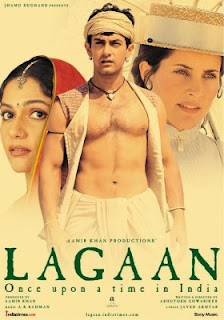 2000s saw new genre of actors( 3 Khans) used new techniques to enhance their performances which further elevated and upgraded the Indian Film Industry. Lagaan (2001) received critical acclaim and awards at international film festivals, as well as many Indian film awards. It became the third Indian film to be nominated for the Academy Award for Best Foreign Language Film after Mother India (1957) and Salaam Bombay!(1988).
2008 was a notable year for the Indian film industry as A.R. Rahman received two academy awards for best soundtrack for Slumdog Millionaire.This film popularized Bollywood Songs and Dances.In many countries youth started learning Bollywood style of Dancing.
Indian cinema is no longer restricted to India and is now being well appreciated by international audiences. The contribution of the overseas market in Bollywood box office collections is quite remarkable. Around 30 film production companies were listed in National Stock Exchange of India in 2013. 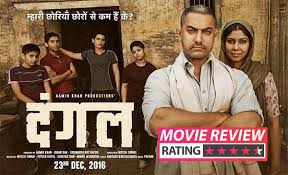 INDIAN FILMS have gone beyond the geographical boundaries.Hindi films are shown in more than 70 countries, including the Arab nations.The very recent entry of Dangal in China has well proven to be a game changer.The film reportedly raked in over Rs 1,500 crore from that country, almost 50% more than what all overseas theatricals from India collected in 2016 – and nearly two and a half times the business (about Rs 600 crore) done in India.

Probably now Bollywood will make films keeping China in mind. Bollywood has  come out of the epoch of love and fantasy and learnt to work on experimental plots.As per Vijay Singh, CEO at Fox Star Studios. “We have to do a separate edit of the film, to make it more appropriate for foreign viewers… We tightened the script a bit and clipped the song sequences short,” 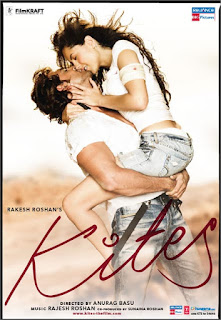 The effect of globalization of Indian cinema is applicable not only to the Bollywood, but also to the regional film industries of the country. Many Indian films are not only making more money outside the home market  but also attracting foreign producers and directors and actors to the industry. Bollywood movies include western actors like Rachel Shelley in Lagaan, Giselli Monteiro in Love kaj Kal, Barbari Mori in Kite and Chris Patten in Rang De Basanti.
In November 2010 a pact was signed in the Paramount Pictures Studio between the Hollywood and the Bollywood.The pact mainly aims to strengthen the motion picture production, distribution, technology, content protection and commercial cooperation. Many companies from Motion Picture association India had signed the pact including UTV Motions Pictures and Reliance BIG Pictures. 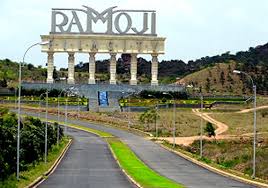 A major studio that contributed and is still contributing to international films is the Ramoji film city in Hyderabad, India. It is in fact the world’s largest integrated film studio complex. It provides locations, lights, grip equipment, camera, production crew, set designs, props & costumes and post production (Processing, editing, mixing, printing & duplicating). More than 15 international projects have been worked in Ramoji Film city so far.
It’s important that we make consistent efforts to expand our film markets internationally, both in traditional diaspora regions like the US and UK and non-diaspora markets like China, where UTV and Aamir Khan have shown the way.”

Posted by /bolywoodfiles.blogspot.com at 10:16:00 No comments: