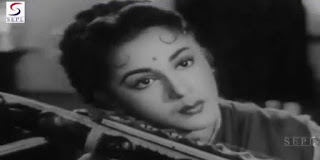 She was the heroine of 1957 hit film Tumsa Nahin Dekha which made Shammi Kapoor a Star but the luck did not favour Ameeta.In 1959 Goonj Uthi Shahnai, her another big hit film as heroine released. Rajendra Kumar was the hero.  Here despite a mature and sensitive performance, Ameeta was overlooked and Kumar was given credit for the film's emphatic success.
Although she fired up the careers of Shammi Kapoor and Rajendra Kumar with these hits, Ameeta could never capitalise on them and stardom never materialised. She later switched to character roles. 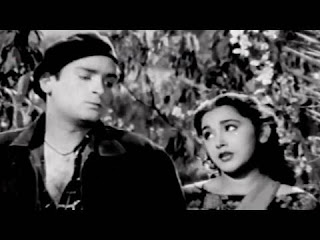 Her  roles in multi-star films like Raakhi (1962) and the blockbuster Mere Mehboob (1963) did not help her career graph, even though she was nominated for a Filmfare award for the latter as Best Supporting Actress, and she now dropped to playing lead grade-B movies which though successful at the box office did not do much for her star status. However, her romance opposite Kishore Kumar in Hum Sab Ustad Hai in 1965 was appreciated by the audience. By 1965 she was playing negative and villainous characters in films like Rishte Naate (1965), and Aasra (1966). Worse still, she was seen in supporting roles to starlets Rajshree and Babita, in films like Around the World (1967) and Haseena Maan Jayegi (1968). After filming Haseena Maan Jayegi (1968), a disillusioned Ameeta left the film industry as she was not getting leading roles and settled into matrimony. 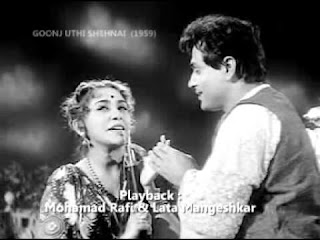 A fan of Madhubala, Ameeta was enacting her idol's sword fight from the movie Baadal when she caught the eye of Lekhraj Bhakhri, who signed her for his movie Thokar. This was her debut film in a side role where she was credited as Jayjaywanti. Qamar's debut movie as the heroine was a 1953 release, Shri Chaitanya Mahaprabhu (1954), directed by Vijay Bhatt. The screen name Ameeta made its appearance in this movie. The film failed, but Ameeta kept on working in films like Amar Kirtan, Badal Aur Bijli, Baaghi Sardar and Indrasabha. But her career took a positive turn when she worked with her idol Madhubala in Shirin Farhad (1956). She was then chosen for lead roles in Abhimaan and Zamana.
She was born on  11 April 1940. Her real name was Qamar Sultana, She started her career with producer-director Lekhraj Bhakhri,s Thokar in 1953. The main lead hero was Shammi Kapoor, that time he was a flop actor. Her next film was Shri Chaitanya Mahaprabhu starring with Bharat Bhushan. Her screen name was given by Vijay Bhatt the director of this film. This film flopped and her career was in jeopardy She had to accept heroines roles in B grade films until she got Tumsa Nahi Dekha.
Ameeta was nominated for a Filmfare Award as Best Supporting Actress for Mere Mehboob (1962) but lost out to Shashikala for Gumrah(1963)