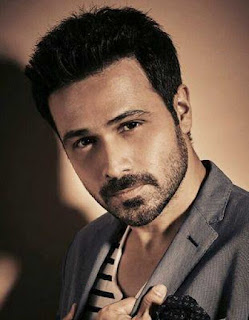 Emraan Hashmi(24th March 1979) made his acting debut in 2003, with Vikram Bhatt's thriller Footpath. Became popular with  Anurag Basu's erotic thriller Murder with Mallika Sherawat. His performance in the film him popular among the youth.  Enacting the role of an obsessive lover with flourish and hit songs made him in demand.Following Murder (2004), Zeher (2005), Aashiq Banaya Aapne (2005) , and Gangster (2006) established him a Star.
In 2007, Hashmi appeared in three films. He first starred in the comedy Good Boy Bad Boy then  in Mohit Suri's romantic thriller Awarapan.and The train.Only Awarapan was both a commercial and critical success becoming the best film of his care
In 2008 it was Kunal Deshmukh's Jannat, a love story set against the backdrop of match fixing was another turning point of his career.After this released Mohit Suri's supernatural horror Raaz – The Mystery Continues, alongside Kangana Ranaut and Adhyayan Suman. The film's domestic collection exceeded ₹340 million (US$5.2 million), and emerged as a success. Hashmi's portrayal of a painter attracted favourable reviews;
The following year, Hashmi featured in Milan Luthria's period action-drama Once Upon a Time in Mumbaai with an ensemble cast including Ajay Devgan, Randeep Hooda, Kangana Ranaut and Prachi Desai. For his performance, Hashmi earned positive reviews from critics and received a Best Supporting Actor nomination at the 56th Filmfare Awards.
In 2011, Hashmi first appeared in Madhur Bhandarkar's romantic comedy Dil Toh Baccha Hai Ji, alongside Ajay Devgan, This year was very lucky for him,he came out very successful with Murder 2,The Dirty Picture and Jannat 2 were hits.But after this most of his films are not doing well.One point to highlight is that the music of his films is always hit.

Song from Once Upon A Time in Mumbai 2010

Posted by /bolywoodfiles.blogspot.com at 12:16:00 No comments: Links to this post