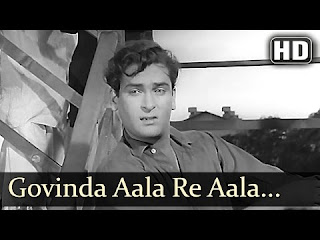 On the occasion of Janmashtmi, I am posting few songs of Dahi Handi. In Maharashtra Janmashtmi is celebrated as Gokul Ashtmi. The festival gets this popular regional name from legend of baby Krishna. According to it, he would seek and steal milk products such as yoghurt and butter and people would hide their supplies high up out of the baby's reach.
Govinda would try all sorts of creative ideas in his pursuit, such as making human pyramids with his friends to break these high hanging pots.
Bollywood celebrates all the festivals enthusiastically both on and off the screen. Dahi Handi, celebrated on the occasion of Lord Krishna's birth, is one such festival which gets a new twist by every filmmaker
The first Dahi Handi song that became popular was Govinda Ala Re from Bluff Master. Shammi Kapoor performed the song gracefully.

Posted by /bolywoodfiles.blogspot.com at 07:54:00 No comments: