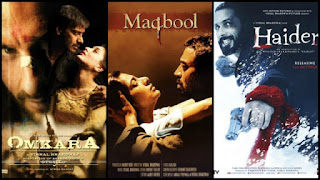 Shakespeare remains the most filmed author ever in any language.In fact The Guinness Book of Records lists 410 feature-length film and TV versions of William Shakespeare's plays as having been produced,Bollywood has also drawn a lot of inspiration from this great man. The first time in 1935 it was Sohrab Modi who is Credited as "the man who brought Shakespeare to the Indian screen", it was Modi's debut feature film as a director. The story and script were by Mehdi Hassan Ahsan from his Urdu adaptation of Hamlet. Khoon Ka Khoon was the debut in films of Naseem Banu. Khoon Ka Khoon was a "filmed version of a stage performance of the play".
Hamlet After a gap of 20 years in 1954 it was Kishor Sahu  who was influenced by "classic European sources". Though termed a "free adaptation" in the credit roll of the film, Sahu stayed true to the title, its setting, and the original names in the play, remaining as close as possible to Olivier's 1948 film. 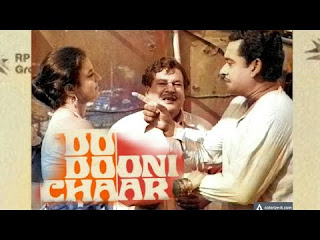 Do Dooni Char In 1968 Bimal Roy produced a film Do Dooni Char starring Kishore Kumar and Tanuja which was  a loose remake of the 1963 Bengali film, Bhranti bilas. Both films are loosely based on William Shakespeare's The Comedy of Errors.The same story was once again filmed by Gulzar in 1982 starring Sanjeev Kumar and Deven Verma and Moushami Chatterjee. 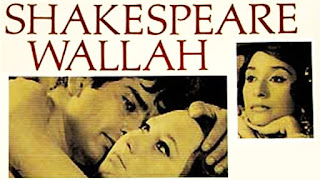 Shakespeare Wallah is a 1965 Merchant Ivory Productions film. The story and screenplay are by Ruth Prawer Jhabvala, about a travelling family theatre troupe of English actors in India, who perform Shakespeare plays in towns across India,Shashi Kapoor was the hero who in real life fell in love with the sister of the  heroine.of the film Felicity Kendal
Vishal Bhardwaj is one producer director who made many films on Shakespeare's plays and characters.

Maqbool  Vishal's most widely-applauded film, Maqbool is a striking, Mafia-based take on Macbeth that is as audacious as it is ambitious, taking whimsical departures from the text to provide a compelling watch that is shouldered by excellent performances, particularly from Pankaj Kapur and Tabu. 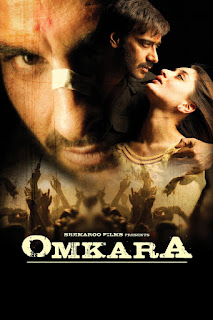 Omkara released in 2006.A politically-minded enforcer's misguided trust in his lieutenant leads him to suspect his wife of infidelity in this adaptation of Shakespeare's 'Othello'.The film starring Ajay Devgan and Kareena Kapoor.
Haider released in 2014  is a modern-day adaptation of William Shakespeare's tragedy Hamlet The film starring Shahid Kapoor,Tabu and Shradha Kapoor. 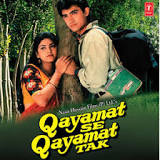 Romeo and Juliet is one such love story which always fascinated Bollywood.Many films like Ek Duje Ke Liye,Qayamat Se Qayamat Tak,Sanjay Leela Bhansali's opulent and characteristically film, subtitled "Goliyon Ki Rasleela" and Habib Faisal's Ishaqzaade was a well-crafted and well-performed film, which just compounds the exasperation about it being such a shamelessly regressive film, one where Romeo cons Juliet into sex and then ties her up till she falls in love with him.

10 ml Love released in 2010 went unnoticed  was a romantic comedy in Hindi concerning the tribulations of a love quadrangle during a night of magic and madness and a contemporary adaptation of A Midsummer Night's Dream.

Posted by /bolywoodfiles.blogspot.com at 10:21:00 No comments: