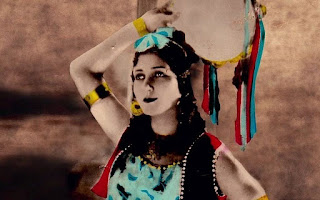 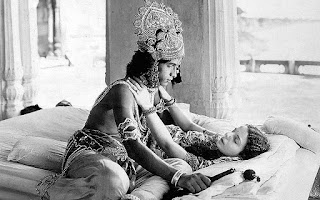 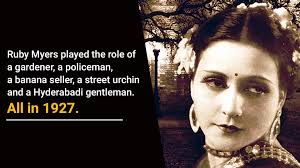 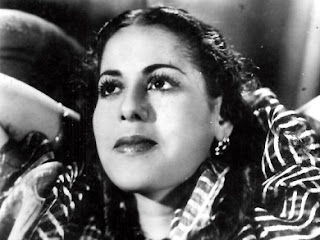 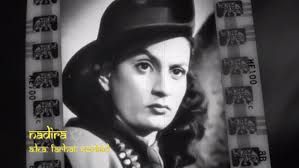 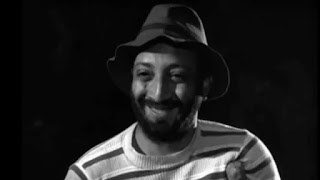 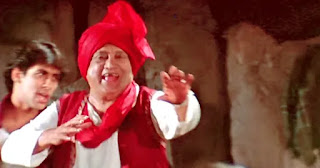 When we talk of male dancing stars the name of Hrithik Roshan, Govinda and Shammi Kapoor comes to our mind but the original dancing star was Bhagwan Dada.
He was perhaps the first to introduce Ramba, Samba, Disco, rock-n-roll and other dance forms to Hindi cinema, the first male star to do so in the industry ruled by female dancers. Bhagwan Dada as he was popularly called, created a new grammar of comedy, through the unique style of acting and dancing, which inspired a whole generation of comedians in Hindi cinema.
Bhagwan Abhaji Palav popularly known as Bhagwan Dada was born on 1st Aug 1913 and died on 4th February 2002 was a popular comedian of Bollywood of the Golden Era. He is best known for his social film Albela (1951) and the song "Shola Jo Bhadke".A veteran actor of about 600 films in the course of more than five decades,
He was a wide-eyed admirer of the silent cinema and worshipped Master Vithal who was the star of the day. He used to dream of emulating his stunt and fight scenes.
He started his Film Career in the Silent Film Era, in 1930, he got a break. Producer Siraj Ali Hakim gave him a comedian’s role in the silent film "Bewafa Aashiq," based on "The Hunchback of Notre Dame". The film was a hit, but he was without offers for eight months because it was believed that he was really a hunchback!
In 1934 he made his first talkie "Himmat-e-Mardan". After that, he joined another company and directed a film called "Bahadur Kisan", with Hansa Wadkar as the heroine. The movie again was a big hit. During the shooting of the film, he had taken a lanky young man, Chitilkar Ramachandra, as his assistant. He gave him a break as a music director in the three. Tamil films he directed in Madras. He used to call him Anna and there began their long association during which C. Ramachandra, out of gratitude, gave him Hindi film industry’s all-time favourite songs for "Albela," including one of the loveliest loris Dhire se aaja ri, ankhiyan mein.
He produced many films after ALBELA but most of his films flopped, His film "Sahme Hue Sapney" didn’t survive beyond the first show. Then he suffered a heavy loss while making "Hanste Rehna" with Kishore Kumar. He had invested his own money, pawned his wife’s jewellery and withdrawn all his life’s savings. But halfway through, Kishore started dilly-dallying and "behaving crazily" and the project had to be shelved.


His sea-facing Juhu bungalow with 25 rooms along with his fleet of seven cars (one for each day of the week) had to be sold. The family moved to a two-room set in a chawl at Dadar. In his last days, he was being looked after by his unmarried daughter and the family of his youngest son, who is a sound recordist. Bhagwan died of a massive heart attack at his residence in Dadar on 4 February 2002

Posted by /bolywoodfiles.blogspot.com at 18:02:00 No comments: