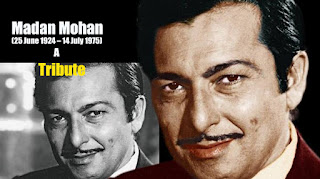 Madan Mohan is the only composer whose compositions were used after two decades of his death. It was in the 2004 film Veer Zara his compositions were used. Once an assistant to S D Burman, he made few tunes for him but those were not used.
S. D. Burman used a tune very late in 1956. This was the song 'Mera Sundar Sapna Beet Gaya' (Do Bhai)originally composed by Madan Mohan. It is also believed that the song 'Jeevan Ke Safar Mein Rahi' (Munimji) was a Madan Mohan composition as he was an assistant for Munimji.
He was so creative that he composed different tunes for antras in the same song very often. Recall the song 'Tum jo mil gaye ho' and 'Betaab dil ki tamanna' (Hanste Zakhm) or Ek haseem shaam ko'l' (Dulhan Ek Raat Ki) and almost all songs from Heer Ranjha... 'Do Dil Toote', 'Tere kolache Mein', 'Milo na tum to' and 'Yeh Duniya Yeh Mehfil'. 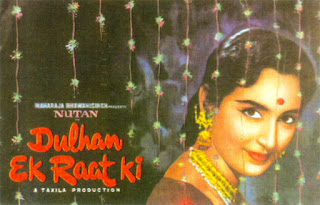 In the film "Chandan", the song "Ye Khule Khule Se Gesoo, Ye Udee Udee Si Rangat... Log Kahe Mere Nain Baaware", has all the three stanzas composed in different tunes. There are three heroines in this film viz. Nutan, Shyama, and Mala Sinha. Possibly, each stanza is picturized on a different actress. 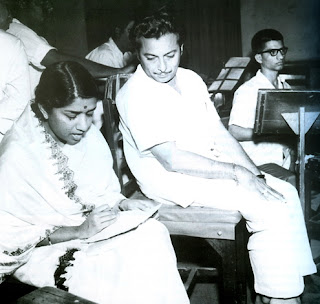 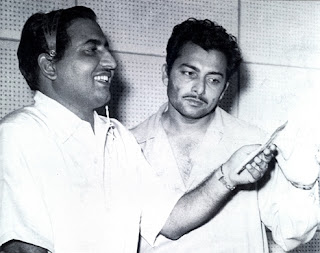 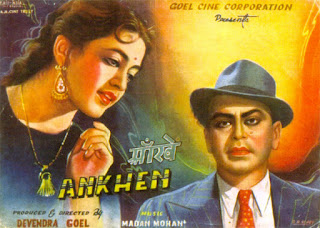 The first film of Madan Mohan

Madan Mohan had a habit of making many tunes well in advance, one of such tune of the hit song, Yeh Duniya Yeh Mehfil was composed by Madanji in the 50s, but found a place in a film only when it was recorded for Chetan Anand's HEER RANJHA (released in 1970). another tune of "Naina Barse" was made in 1952.It was used in Woh Kaun Thi
Madan Mohan was also a good singer. He had a fascination for K L Saigal. He gave playback for a few films in his films. Aankhen 1950 was his first film as an independent composer, he sang a duet with Shamshad Begum " Humse Na Dil Ko Lagana". 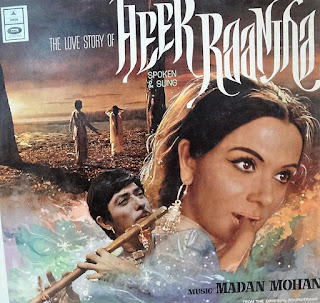 There is an official site of Madan Mohan Ji https://www.madanmohan.in/ in this site  2 categories of unreleased songs are mentioned. We can visit this site and listen to these rare songs.
In this blog, I am posting a few such songs.

Posted by /bolywoodfiles.blogspot.com at 09:28:00 No comments:

Rare or Forgotten Songs of Nargis 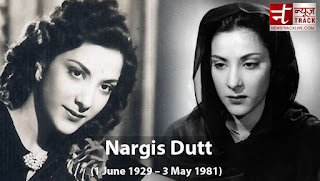 NARGIS(1 June 1929 – 3 May 1981),  one of the greatest actresses in the history of Hindi cinema. She starred in many popular Hindi films of the late 1940s and 1950s. Many of the iconic and immortal songs were picturized on her including Pyat Hua Ikrar Hua or Aaja Re Ab Mera Dil Pukara and many more.
She appeared as a heroine opposite Motilal in the 1943 film Taqdeer. She was only 14 years of age at that time. The song ".O Jaanewale Aaja" sung by Shamshad Begum was her first song as a heroine, Many such unheard songs are collected by me in this blog. 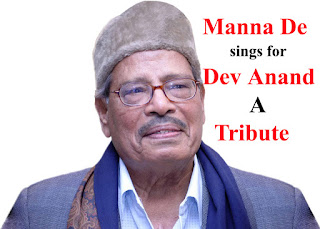 The Changing Trend of Holi Songs in Bollywood 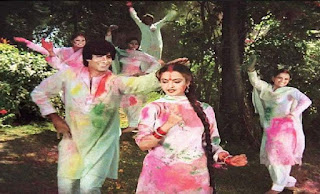 Since the release of Amitabh Bachchan's "Silsila" in the early eighties, no Holi celebration in India reached a crescendo without "Rang Barse" being sung and danced to.
If we look into the history of Holi songs in Bollywood, we have seen a gradual but marked change in the style of music and picturization.
The first Holi song was seen in the 1940 film" Holi" written by D N Madhok and composed by Khemchand Prakash was sung by Sitara Devi. Another film "Aurat".released in the same year had two Holi songs in that film composed by Anil Biswas. This film was made by Mehboob Khan. It was remade after 20 years into the iconic Mother India. Both films had Holi songs
In the 50s many films had Holi songs. Those days the trend was derived from lord Krishna’s days in the Brij region of northern India where he is said to have indulged in sensuous frolicking with his consort Radha and other belles (Gopikas) of his village.
These songs were essentially folk music. And that too mostly Gujarati and Rajasthani folk music. Since then the music, the mood, the style kept on changing every decade.
The Holi Songs of the 1940s
Sung by Sitara Devi, Amritlal ,Composed by Khemchand Prakash

Here is a rare Holi song of the lesser-known film Tilasmi Duniya released in 1946. The singing voices are not identified. There is one male voice and a female voice. It starts off as a song of fun and revelry, which also includes reference to the pastimes of Lord Krishna and Radha Rani. The music was given by Sajjad Hussain, this song here is one more of the rarest of rare treats.
Song of ‘Tilasmi Duniya’ (1946)

Another rare gem is being presented from the 1947 film  ‘Renuka’. the voices belong to Zohrabai, Sardar Malik himself
Song of Renuka (1947)

By the mid-50s romance was visible on Holi Songs
In the 1956 film Durgesh Nandini A romantic Holi song composed by Hemant Kumar and picturized on the elegant Bina Rai and the princely Pradeep Kumar.

This song from the critically acclaimed Godaan is an unconventional Holi song rooted in the folk music of rural India, composed by the sitar maestro Pandit Ravi Shankar.

From the 50s,60s trend of Nandlal and Krishan now in 70s we see the fun-filled song and teasing each other

This fun Holi song from the Basu Chatterji directed romantic comedy Dillagi is unusual as compared to the typical lively and exuberant Holi songs of Bollywood, which have scores of people dancing in tandem with the lead actors.
Song of Dillagi (1978)
In the80s 90 we see  flirtatious songs like Rang Barse or  fun and fear song Ang Se Ang Lagana from Darr

Posted by /bolywoodfiles.blogspot.com at 12:37:00 No comments: 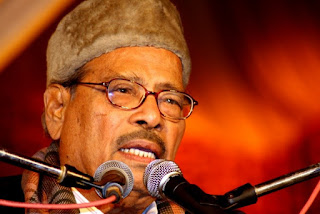 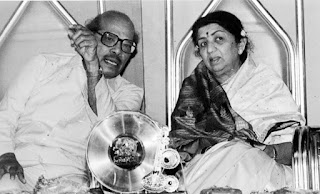 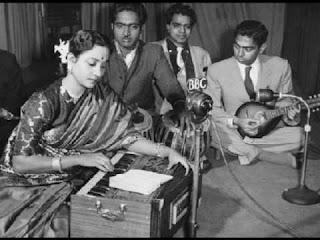 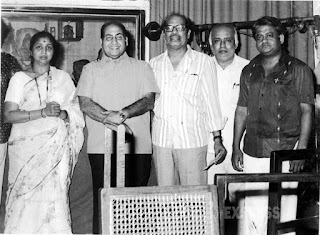 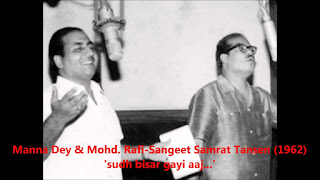 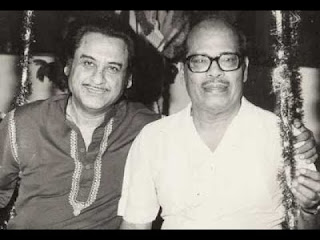 Posted by /bolywoodfiles.blogspot.com at 10:31:00 No comments: 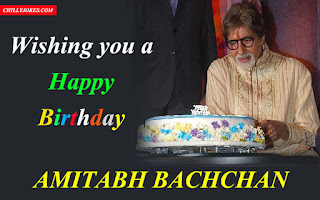 Posted by /bolywoodfiles.blogspot.com at 09:55:00 No comments: