Jeetendra - Never Got his Due as a Huge Star 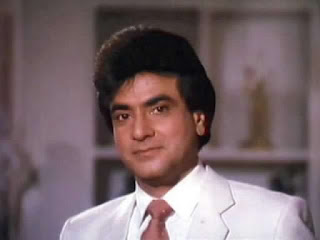 Awards may have eluded him but he is still a Living Legend of Bollywood. He came at the time when Rajesh Khanna was not a Star and continued to win the hearts of his fans. He continued to have his own audience irrespective of whether it was Rajesh Khanna or Amitabh Bachchan who was the ruling superstars of the 70s and 80s. The press made fun of his tight white trousers and white shoes and labeled him “Jumping Jack Jeetu” for his boisterous dance moves.
Rishi Kapoor in an interview once said that his fellow actors Jeetendra and Rakesh Roshan never got their due, even when they contributed so much to the Indian cinema.
Jeetendra (born Ravi Kapoor on 7 April 1942) got his break-in 1964 with V Shantaram's Geet Gaya Patharon Ne as a hero but got star status with the release of Farz in 1967. The film was a super-duper hit He became a star overnight. He had 3 hits before Rajesh Khanna became Superstar with Aradhana in 1969.
Even when Rajesh Khanna was giving one hit after another his films were also clicking on the Box Office. In those three years from 1970 to 1973, he appeared in more than 25 films and gave super hits like Jeene Ki Raah, Jigri Dost, Waris, Khilona, Humjoli, Caravan, Anokhi Ada etc.
During the Sunami of Amitabh Bachchan he was among a few heroes who survived and gave many hits.during that period up to 1980, more than 40 films were release4d.In fact, in the 80s he was in demand.
In the 1980s, Jitendra was frequently paired up with Sridevi or Jayapradha for remakes of South Indian potboilers courtesy of Rama Rao Tatineni, K. Bapayya and K. Raghavendra Rao; some of these films were produced by Padmalaya Productions. Featuring elaborate sequences with colorful clay pots, dozens of extras, electronic music by Bappi Lahiri, and lyrics by Indeewar, movies like Justice Chaudhry (1982), Mawaali (1983), Himmatwala (1983), Jaani Dost, and Tohfa (1984) were huge hits despite low critical acclaim.
In the 1990s Jeetendra found it difficult to cope up in the rat race. His films ‘Santaan’ (1993) and ‘Udhaar Ka Zindagi’ (1995) failed at the box-office. Recognizing the change in tide, he turned into a character actor and was seen in films like ‘Dil Aashna Hai’, 'Zamana Deewana' and 'Dushman Duniya Ka'. Last, he was seen in ‘Kucch To Hai’ (2003) and did a special appearance for ‘Om Shanti Om’ (2007).

He has acted in nearly 200 films as the main lead, a feat matched by just a handful of his peers since the inception of Hindi cinema.Out of these 200 films 125 films were hit. 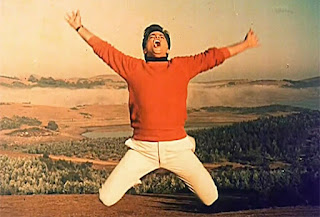 Though Shammi Kapoor invented rock and roll in Bollywood, it was Jeetendra who really gave a new dimension to dancing In Bollywood. With filmmaker Ravikant Nagaich’s bond thriller FARZ, Jeetendra set the ball rolling and became the First Bollywood hero who left his heroines behind in the dance movements.
One can recollect the super hit song Mast Baharon Ka Main Aashiq from the film FARZ, Jeetendra’s fast-paced dance movement in the song is truly breathtaking. That was unique in Hindi films that the hero is dancing in such a way. After the success of this movie and particularly the mega success of this song, the media coined the term Jumping Jack for Jeetendra.
His mass appeal and naughty on-screen persona were what won the heart of the audience. They expected him to dance and songs in every film. There were many films like,Jeene Ki Raah, Jigri Dost, Waris  ‘Caravan’ and ‘Humjoli’, in which Jeetendra had more dance numbers. 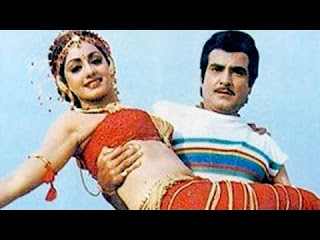 In the 80s he was most frequently cast opposite heroines like Sridevi and Jaya Prada, and his career mostly consisted of South Indian film remakes of makers like Rama Rao Tatineni, K Bapayya and K. Raghavendra Rao. Among them, the most noteworthy were: Sanjog, Aulad, Majaal, Justice Chaudhry, Mawaali, Himmatwala, Jaani Dushman and Tohfa.
Jeetendra was visible flaunting white trousers and a crisp white shirt dancing with his lead heroines. He jollily tossed around heroines in film after film, from ’60sto the ’90s but a willing audience never got tired of his dancing steps. Remember the songs like Kanwarlal Naam Hai Mera from Meri Awaz Suno

Here are some of his Dancing songs.