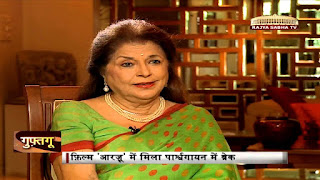 Born in New Delhi on 30th Nov 1936( There is a confusion on her date of birth in one video 30th Jan is mentioned), she was discovered as a child artiste by Master Ghulam Haider (a prominent music director of the 1940s). Her first break came with Mil gaye nain,composed by Anil Biswas, for the film Arzoo. Salaam-e-Hasrat Qubool Karlo and Kashti ka Khamosh Safar hai a duet with Kishore Kumar is the other songs she is often remembered for.
Upon the recommendation of music composers Husnlal-Bhagatram, she took classical singing lessons from Ustad Abdul Rahman Khan and began singing playback with the film Arzoo (1950).
She also acted in some Bollywood films and as a playback singer, worked in popular Bollywood movies in the 1950s and 1960s, like Arzoo, Dhool Ka Phool, Ab Dilli Door Nahin, Girl Friend, Barsat Ki Raat, Didi, Kala Pani, Prem Rog and Dekh Kabira Roya.
There is another interesting little-known aspect of her life. She is one of the rare female singers to have sung a self-composed song. Sudha has not only given the music for Tum mujhe bhool bhee jao from film Didi, but also sung it with Mukesh. 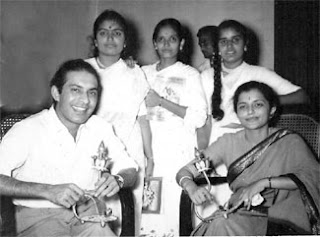 She sang ‘Kabhi Kabhi’ first with Geeta Dutt composed by Khayyam for a Chetan Anand film. The film was never made but it was eventually reused for the Yash Chopra film.
The most saddening part of her career was that by singing more of children songs and motherly numbers in movies like Ab Dilli Door Nahin, Andher Nagri Chaupat Raja, Jeevan Saathi and Masoom, Sudha was labelled as a "typed singer". But determined Sudha proved everybody wrong. Her bhajan in Kala Pani 'Na Main Dhan Chahun..' became immensely popular. She sang the famous qawwali 'Ishq Ishq..' in the film Barsat Ki Raat. This song was recorded for a period of twenty-nine continuous hours. She was awarded the Kala Bhushan award by Gyani Zail Singh, the then president of India. She was awarded the Padma Shri by Government of India in 2013
She has sung 264 songs in 155 films.She was last heard in Raj Kapoor's Prem Rog (1982) in the song "Yeh Pyar tha ya kuch aur tha". Apart from Hindi songs, Sudha sang many popular Marathi songs (Bhavgeet) with Arun Date.
The poet-lyricist Sahir Ludhianvi was said to be infatuated with Sudha Malhotra, 15 years his junior, when  they first began working on Bhai Behen (1959). Malhotra’s dulcet voice brought alive many of Ludhianvi’s songs in film, and ‘Salaam-E-Hasrat Qubool Kar Lo’ was no exception. Composed by Roshan in the raga Yaman, the song was picturised on actresses Shubha Khote and Azra in the Muslim social, Babar (1960).

Her first song was composed by Anil Biswas for Shaheed Latif’s Arzoo (1950). The film was written by Latif’s wife Ismat Chughtai and hero Dilip Kumar. The melodious song, written by Majrooh Sultanpuri, was picturised on an equally young Shashikala.

Another unforgettable number is the prayer song ‘Darshan Do Ghanshyam’ that Sudha Malhotra sung along with Hemant Kumar and Manna Dey. Composed by music composer Ravi

It was the only time Sudha Malhotra composed a song in her career on request. ‘Tum Mujhe Bhool Bhi Jao’, written by Sahir Ludhianvi, is a duet sweetly sung by Malhotra and Mukesh.

In 1960's Girl Friend, Sudha Malhotra got to sing a beautiful duet with Kishore Kumar for music composer Hemant Kumar.

SD Burman compiled a wide array of singers from Mohammed Rafi to Asha Bhosle to Manna Dey. In this bhajan written by Shailendra, SD Burman chose the voices of Geeta Dutt and Sudha Malhotra. Their voices complemented each other perfectly.
Song of Kala Bazar (1960)

She was persuaded to return to playback singing for Raj Kapoor’s Prem Rog (1982) with the duet ‘Yeh Pyar Tha Ya Kuch Aur Tha’ with the singer Anwar. This remains her last song.

Posted by /bolywoodfiles.blogspot.com at 11:55:00 No comments: 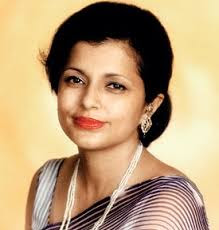 The  niche singer of the Golden Era

Who can forget Tum mujhe bhool bhi jaao to ye haq hai tumko, which was also composed by her. This was a duet with Mukesh,
Sudha Malhotra was born on November 30, 1936 in New Delhi. She spent her childhood in Lahore, Bhopal and Firozpur. She has been singing on the radio from the age of five. She was discovered by Ghulam Haider at a programme at Firozpur in the aid of Red Cross. She completed her graduation in music from Agra University. Her family moved to Bombay in 1948 where she was trained in classical music by Ustad Abdul Rehman Khan and Pandit Laxman Prasad Jaipurwale. Her first break in playback singing was in 1949 in the film The Last Message in which she sang Chal raha swaraj ka jhagda with Vinod and others.
She was  discovered as a child artist by Ghulam Haider (a prominent music director of the 1940s). She debuted in the movie Arzoo. She retired from film industry in 1960, following her marriage with businessman Giridhar Motwani (whose family owned the Chicago Radio Mike Company). She recorded for a few albums in the following years, including for Jagjit Singh's In a Mood of Love. She also sang for Raj Kapoor's Prem Rog in 1982.
I present some of her songs, including some that are not so well known, as my felicitation on her 80th birth anniversary today.
Mila gaye nain from Arzoo (1950), lyrics Majrooh Sultanpuri, music Anil Biswas
Song from from Arzoo 1950

Posted by /bolywoodfiles.blogspot.com at 12:00:00 No comments: