The Changing Face of Indian Cinema- Bioscope to OTT 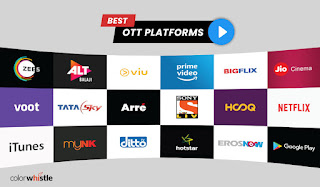 Film Exhibition is an important part of any Cinema Industry. It is the foundation of the revenue of this business. For decades, the theatrical release window has been a valuable model for exhibitors and producers alike. It has traveled from the single theatres to the multiplex age. From the video parlors to the digital era and Satellite Releases.on your mobile phone.
Though film production commenced in India in 1913, the progress of the film business started in 1896, the historical year when Lumiere Bros' films were exhibited at Watson Hotel in Mumbai. Harishchandra Sakharam Bhatvadekar was the first Indian to import a Cine-camera from London at a price of 21 guineas and made a topical in 1897. “Return of Wrangler Paranjapee”- first Indian Actually Film shot by Bhatvadekar. Hiralal Sen stars working in Bengal by filming extracts from stage-plays.
J.F. Madan (1856-1926) launched his bioscope show in a tent at Calcutta Maidan in 1902. Later in 1904  Manek D Sethna started exhibiting cinema regularly. He started to move from one place to another with his projector. In 1907
the First Cinema hall in India was built by J.F. Madan in Calcutta in 1907 and it was named Elphinstone Picture Palace it was later called as Chaplin Cinema. By the time the first Talkie movie started many cinema theatres started working in many parts of India.,

With the emergence of TV, cinema finds new media to exhibit. Expansion of TV network all over India in the early eighties brought the films in our drawing rooms. This was the decade when Film piracy was at its peak. Pirated video cassettes were easily available, people stopped going to cinema halls and started to watch movies at their homes.
By the end of the last century,. Indian cinema started a crossover from analog to digital. For distributors and exhibitors, one of the most evident benefits of this technological shift was the convenience factor. The content in the digital format does not have to be frantically shuffled between theaters but it can simply be delivered by way of satellite or hard drive.
As digitalization has grown, so has the technology behind it. Over the decades there have been different types of digital projectors in use. With the emergence of multiplexes India, too, is taking rapid strides towards asserting this trend Soon all of India will be watching digitally transmitted movies.
The main benefit of digitization is that there can be multiple pan-India releases.  A digital print can be sent anywhere via satellite. The first major Bollywood film Singh is Kinng was released via digital distribution. The film had released simultaneously in around 400 odd digital theatres. In 2008, Ghajini, starring Aamir Khan, released with the maximum number of prints in India – 1,200 (both digital and analog versions). In 2013, Dhoom 3 released with 4,500 prints, and almost all were digital.
Under the present circumstances of a complete lockdown in India due to Coronavirus, all the cinema halls are closed. Now the producers whose films are ready for release are now thinking to release their films directly to OTT a new platform for the young generation. Several big firms have lined up for a digital release, ditching the traditional route of a theatrical opening. This has led to a tug of war between producers and exhibitors. Direct-to-OTT could become an increasing reality in the near future. This platform bypasses cable, broadcast, and satellite television platforms, the companies that traditionally act as a controller or distributor of such content. This platform could be accessed via websites on personal computers, as well as via apps on mobile devices (such as smartphones and tablets), digital media players (including video game consoles), or televisions with integrated Smart TV.
it`s the dawn of a new era where both patterns of release will probably find a way to co-exist. Many big films are now ready to get released on this platform in India.Amitabh Bachchan and Ayushmann Khurrana-starrer "Gulabo Sitabo" and Vidya Balans "Shakuntala Devi" are among the first.
Here are a few OTT platforms in India. Voot, Netflix, Amazon Prime Video, Hotstar, Sonyliv, etc. 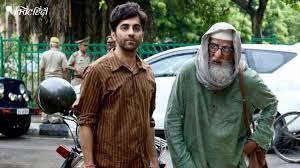 Posted by /bolywoodfiles.blogspot.com at 12:58:00 No comments:

The Iconic Cinema Halls of India 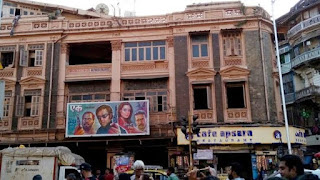 Gone are the days of Talkies and Bioscope. Amidst the bubbling Multiplexes and multi-screen movie viewing experience, we might have forgotten about the old and rustic cinema halls that used to be most visited places.
Today's generation living in metro cities may have even not seen a single screen cinema hall. In many cities the old cinema theatres are demolished, on that land commercial complexes are built. In this blog I look into the journey of cinema halls in India. 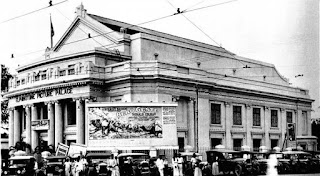 Elphinstone Picture Palace, and later called Chaplin Cinema, this is the first ever Cinema Hall in India. Founded by Jamshedji Framji Madan in 1907, Elphinstone was one of the most sought after place. Later when it became a full-fledged movie theatre as Chaplin, the popularity rose to ten-fold. The site is now demolished and used by Kolkata Municipal Corporation. 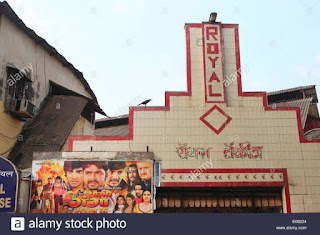 Royal Talkies, Grant Road Bombay started in 1911, Royal theatre was known to show small documentaries shot and stage plays during Old Mumbai days. With a seating capacity of 600 people, hardly any heads are seen now. Located at Royal Cinematography, M Shaukat Ali Road, Mumbai Central, this is one of those beautiful memories of old talkies still in shape to be watched when along the way. 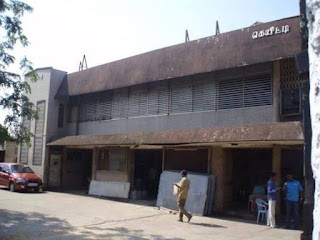 Gaiety Cinema Madras Raghupathy Venkiah Naidu, a successful photographer of the south, took over the equipment after the exhibition and set up a tent cinema near the Madras High Court. R. Venkiah, flush with funds, built in 1912 a permanent cinema in the Mount Road area named Gaiety Theatre. It was the first in Madras to screen films on a full-time basis. The theatre later closed for commercial developments
Mr Raghupathy Venkatesh set up a chain of theatres across South India. After Gaiety, he constructed Crown Theatre on Mint Street followed by Globe on Purasawalkam High Road and then the Imperial Theatre in Madurai
. 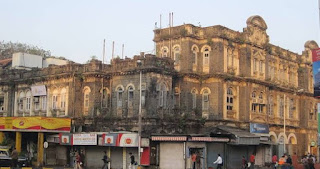 Caapitol Cinema, CST : Exactly opposite our Monument CST station is this old small white looking theatre called ‘Capitol’ since 1879, Once the Gothic movie playhouse of residents around fort area which played some British dramas is now the B Grade Hindi movie show theatre. The very first show at Capitol cinema was attended by Governor and his wife, which features a premiere of ‘The Flag Lieutenant’ which was a British film. 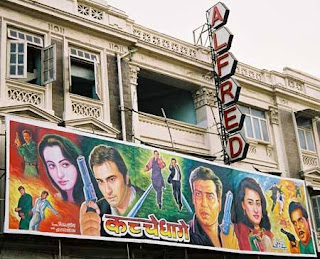 Alfred Cinema Hall, Grant Road  Alfred is one of those oldest talkies started in 1880 with name ‘Rippon’ then renamed to ‘Alfred’ in 1932 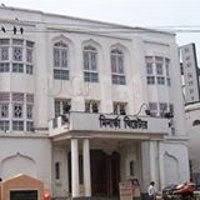 Minerva Cinema Calcutta The Minerva Theatre was a theatre in Calcutta, built in 1893. It was erected at the site on Beadon Street where the Great National Theatre stood before. The maiden play held on this stage was 'Macbeth'.  It was initially owned by Nagendra Bhusan Mukhopaddhaya. In course of time, it witnessed several transfers of ownership."Minerva" was burnt down in a fire in 1922. However, it was renovated and in 1925, it regained its old status and play acting was resumed. The Minerva, along with the Star and The Classic Theatre, was also one of the places where the first motion pictures in Bengal, made by Hiralal Sen, were screened. 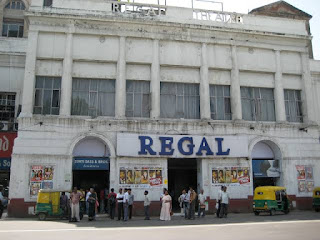 .Regal Cinema, Delhi: It was the first cinema hall to be constructed in Connaught Place. It was constructed in 1932 and has a seating capacity of 694. Now this cinema theatre is closed and converted into Madam Tussaud Museum 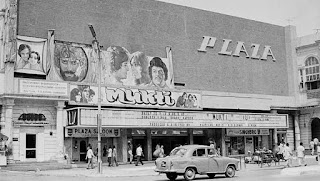 Plaza Cinema Delhi The Plaza Cinema opened in 1933 and was designed by architect Robert Tor Russell as part of the Connaught Place development. The facade had a classical style with columns that matched adjoining buildings.
The facade was covered over in 1967 by a plain stone slab, while the inside the auditorium has been modernised by a covering of pegboard sound insulation tiles which give a bland appearance. Seating is provided in stalls and balcony levels. The cinema was equipped to screen 70mm film and underwent a renovation, re-opening in May 2004 by the popular multiplex chain PVR Cinemas. T 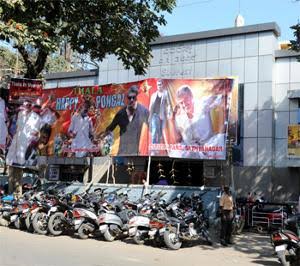 .Everest Talkies, Bangalore This is one of the standalone single screen theatres which plays potboilers to documentaries. The theatre was constructed by Maistry Chowriappa in the 1930s and has been in operation since then. For a while, for revamping purposes the place remained closed for a year but has opened up with a bang.
By the year 1921, there were 150 cinema halls in India. Bombay and Calcutta had the maximum. 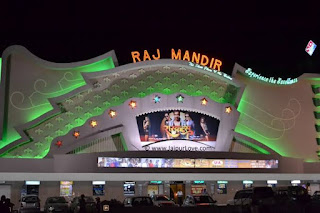 Rajmandir Cinema Jaipur  Raj Mandir Cinema holds a unique position in the heart of all visitors and locals of Jaipur. Though it's not that old it is iconic because it is the best cinema hall in Asia.
In 1966, the Chief Minister of Rajasthan, Shri Mohanlal Sukhadia, laid the foundation stone for this amazing theatre. RajMandir was more of a dream Project. It was his dream to build a grand beautiful entertainment spot which can be the best example of Modern and Stylish Jaipur. It took around ten years to construct this grand piece of entertainment.

Posted by /bolywoodfiles.blogspot.com at 10:23:00 No comments: